Click on your city above to find out what Harvardwood programs and events are available near you. Don't see your city? Sign up to lead a Harvardwood Chapter where you live.

We're also looking for Chapter Heads to revive formerly active chapters in the cities listed below. If you're interested in taking up the mantle, please complete this form and let us know which chapter you'd like to lead!

Below, meet our amazing volunteer Chapter Heads who make it all happen! 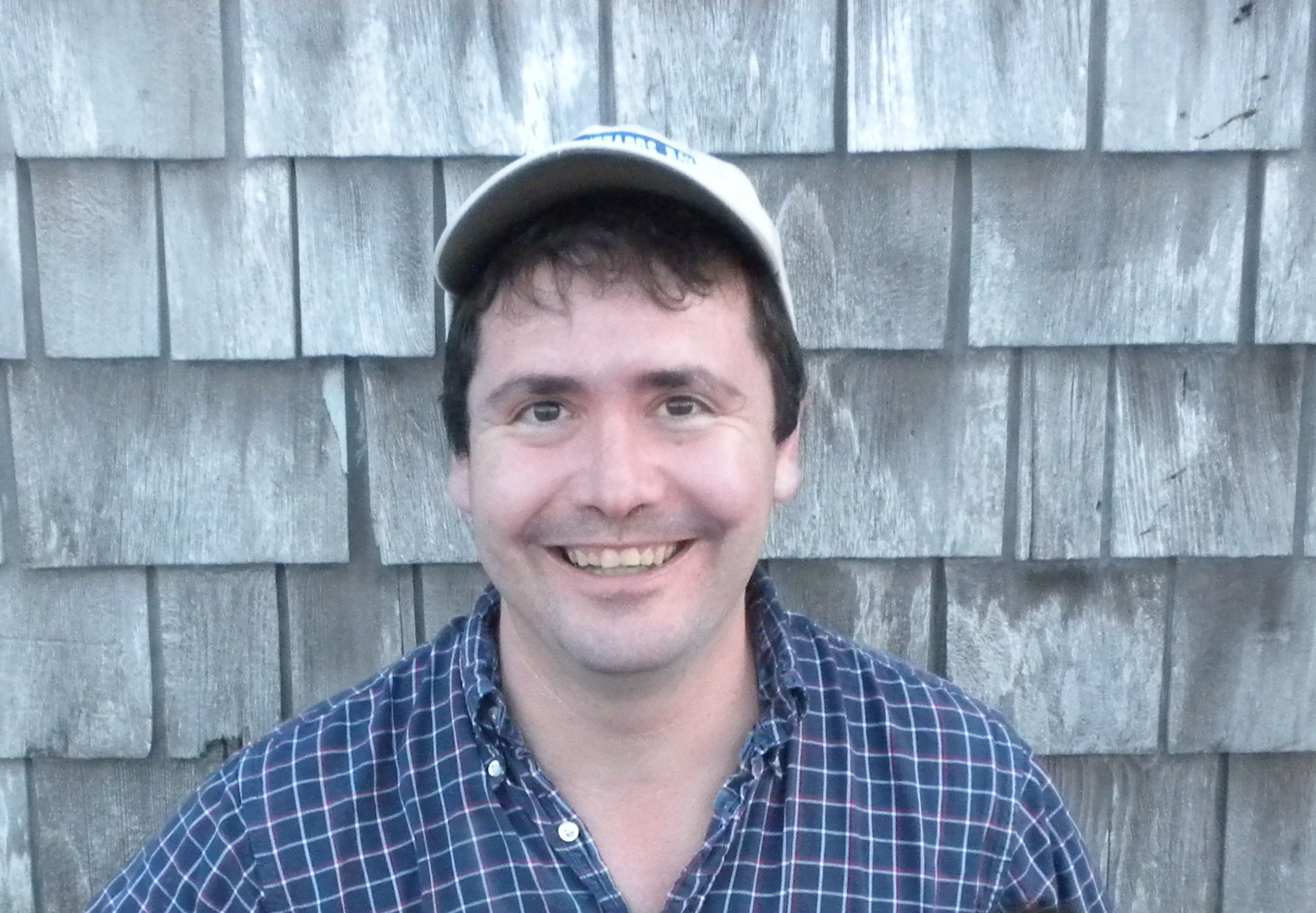 Adam Pachter '92 is a science-fiction screenwriter and an adjunct professor teaching American Literature at Cambridge College. He's also the editor of the FENWAY FICTION series of Red Sox anthologies. Adam's script HIBER is currently in development at Amazon Studios. 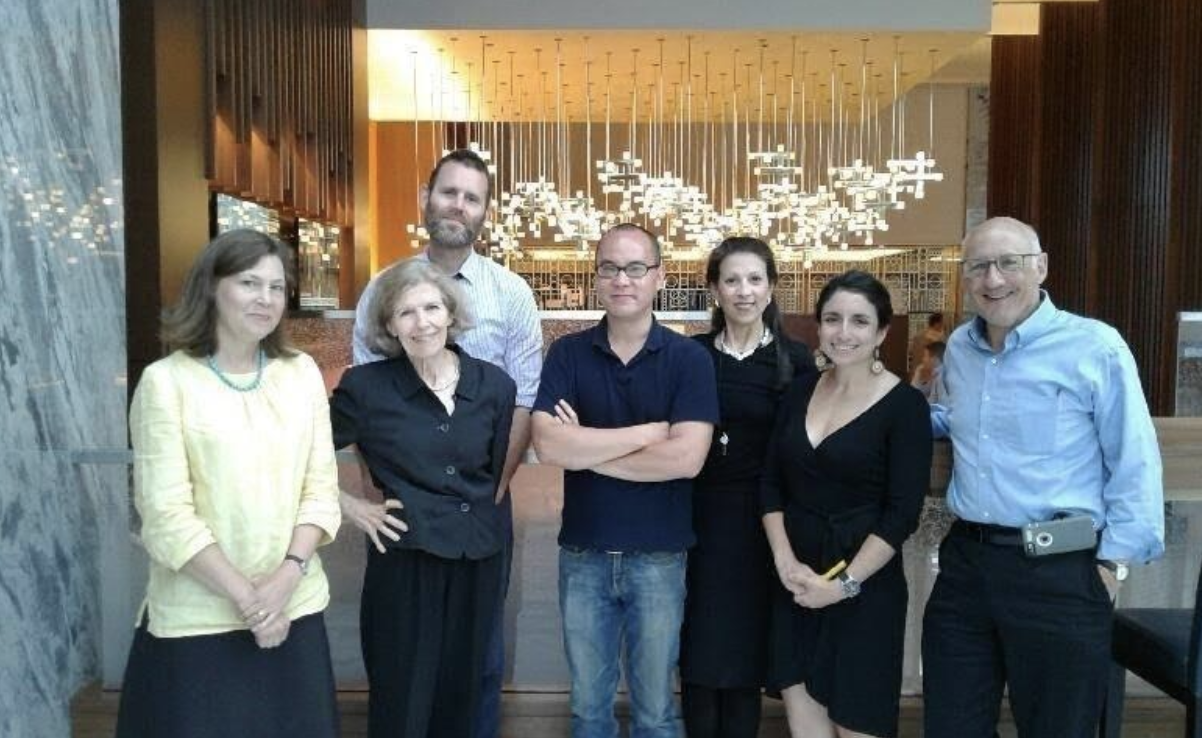 Barbara Sealock is a seasoned arts writer-journalist whose reporting on culture and classical music in Boston and Chicago is widely published in mainstream and industry press. Her work has appeared in publications such as People, Playbill, Boston Magazine, Choir/Organ, Clavier, Christian Science Monitor, Strings, Music & Vision, the collaborative book, "21st Century Cellists," and other media channels.

With a focus on the people, performance and creative process behind the scenes, her stories and profiles aim to further the connection between artists and their audience. A graduate of Oberlin and the former Harvard-Radcliiffe Publishing Program, she has a background in marketing and promotion for professional mid-career programs at Harvard Business School and Harvard Graduate School of Education, as well as communications for corporate marketing teams and providers such as Fidelity and Jack Morton. 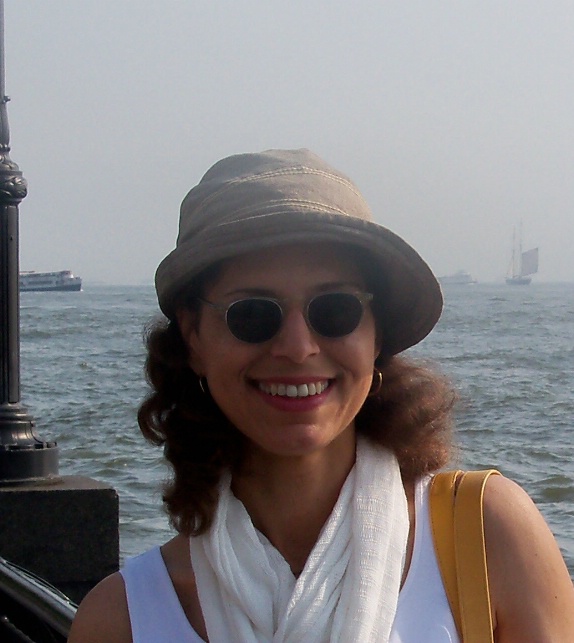 Dayna Wilkinson is a child of the Amtrak Northeast corridor. A resident of the D.C. Metro area, she received a B.A. in Japanese Studies from Yale and an M.B.A. with Distinction from Harvard Business School. When it comes to The Game, she roots for the underdog (and we all know who that is). An executive with experience in media, financial services and e-commerce, her work and client background spans public, privately-held and non-profit organizations and includes market development, channel management and strategy design & execution. A longstanding Harvardwood member, she has organized chapter events, joint activities with the Harvard Business School Club of Washington, D.C. (of which she is a board member), and led a collaboration with the Royal Academy of Dramatic Art. She has written numerous Harvardwood Highlights profiles, received a HARVY Award for volunteer service, and participants in D.C.'s Harvardwood Writers Program and the Color Me Read Writers Group. 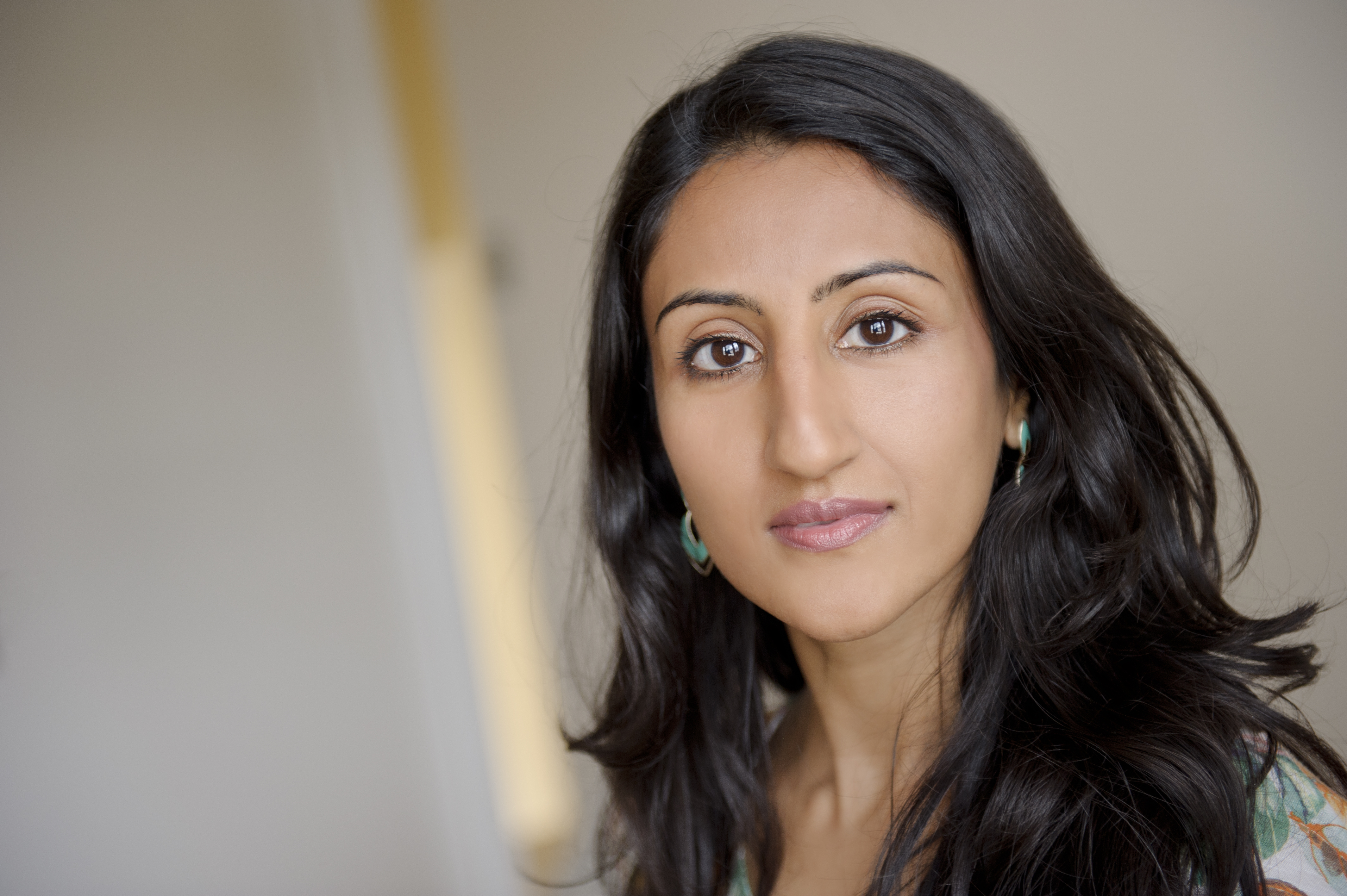 Uzma Hasan is the principal producer at Little House Productions. Her first feature THE INFIDEL was released internationally receiving critical and commercial acclaim, spawning a musical and Bollywood remake. Most recently, she was Executive Producer on multi award winning documentary FLYING PAPER. Her current slate includes projects with a diverse range of talent including Guillem Morales, Bert&Bertie, David Baddiel and co productions with Maven Pictures and Metrodome Distribution.

In addition to Little House Productions, Uzma consults for international film funds including Eurimages, the Council of Europe’s film fund and Harvardwood, the official network of Harvard alumni in the entertainment and media industries. She sits on selection committees for the British Independent Film Awards and Mira Nair’s Maisha Filmmaking Labs.

Prior to producing independently, Uzma was head of development at Slingshot Productions, with creative and commercial responsibilities across its entire slate. She has worked internationally, for independents and studios, with companies including Focus Features, The Salt Company and Tribeca Film Festival on the development, production and exploitation of feature films.

In 2010, Uzma was nominated by HRH Prince’s Trust for a Mosaic Arts & Culture Award; in 2012, she was nominated for the Asian Woman of Achievement Award and in 2013 she was awarded the British Muslim Award for Services to Creativity.

She graduated from University of Wales, Cardiff with first class honours in English Literature and went on to read Film and Literature at Harvard University’s Graduate School of Arts and Sciences where she was a Kennedy Scholar. 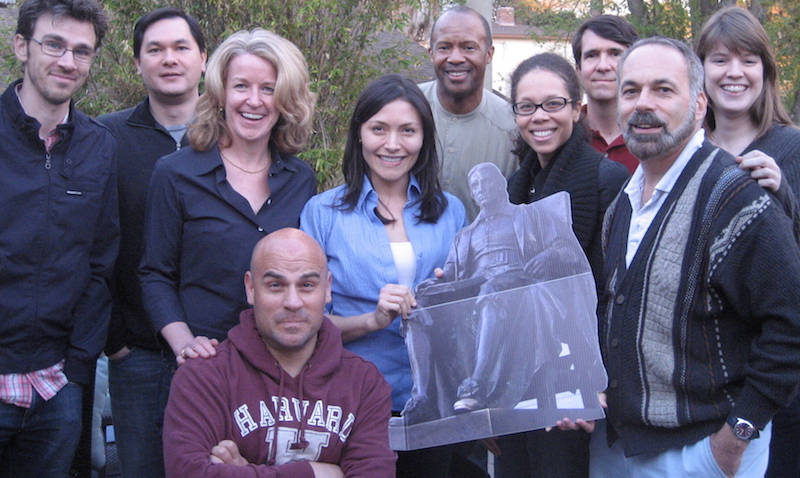 Harvardwood was originally founded in Los Angeles, which continues to be one of the organization's largest and most active chapters. Programs and events in Los Angeles are organized by the Board of Directors. For additional information about the LA Chapter, please email us! 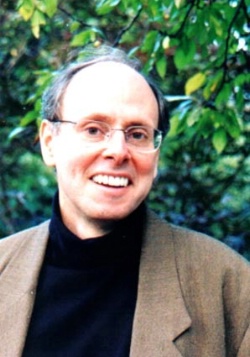 Spence Porter says he likes to write plays that are mostly somewhere on the outskirts of conventional theater—he loves using puppets and masks and dancers and onstage musicians, and basically he has a lot of fun doing all the things that people keep trying to tell him not to do. He was born in Scranton, Pennsylvania, and, in the course of a peripatetic childhood, lived in Minnesota, Georgia, Puerto Rico, Georgia again, and finally the Bronx, where he went to the Bronx High School of Science. At Harvard, he graduated with honors in Applied Math and Physics. This was followed by a year of wandering around Europe at Harvard's expense on a Henry Russell Shaw Fellowship, and then, after being expelled from the Iowa Writers Workshop(!), by theater school at Ohio University, where he got an M.F.A. in Playwriting. He then returned to the Bronx where he continues to experiment with work that fuses dance and puppetry and masks and music and theater. 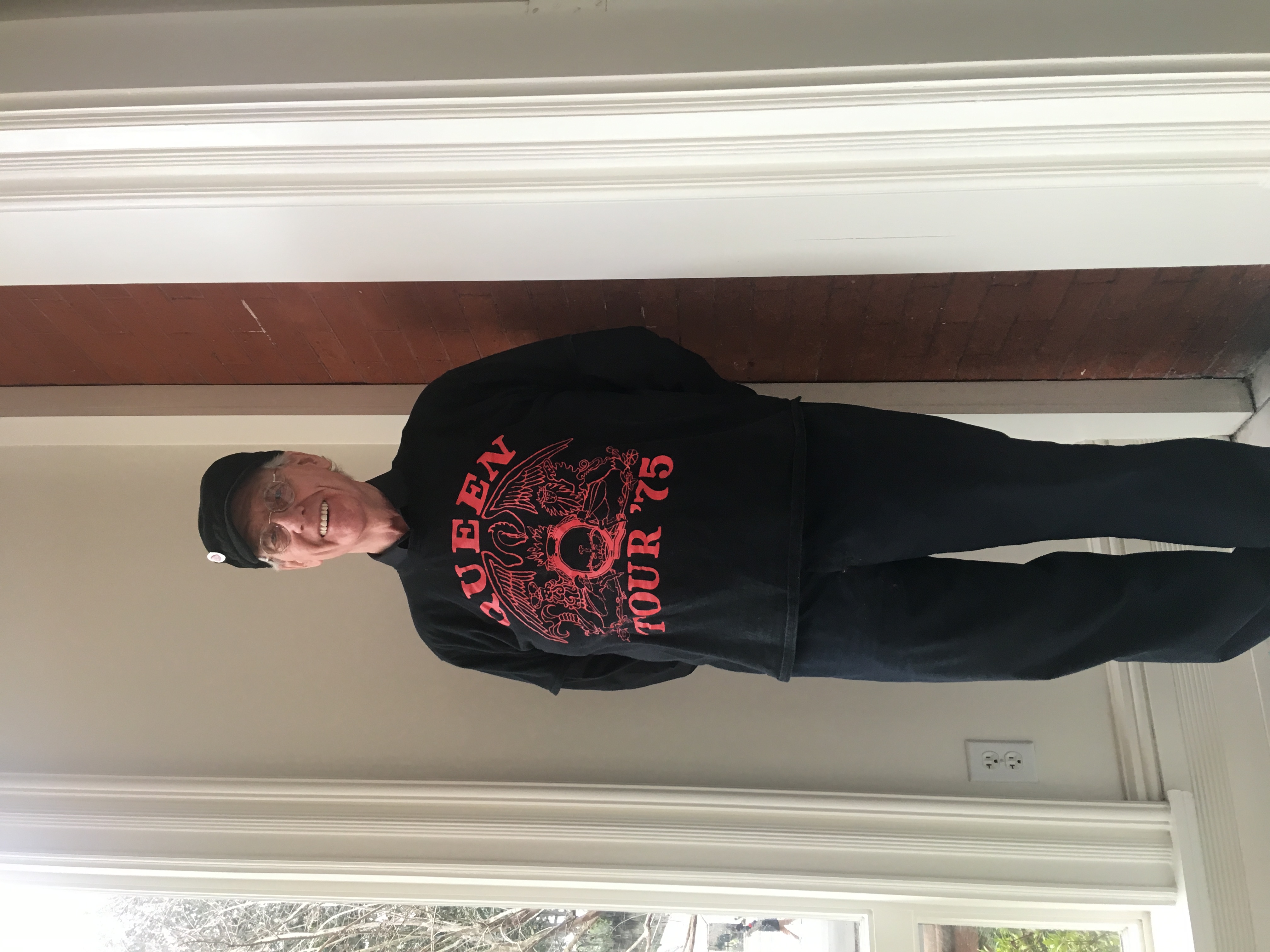 Francis X. is a Cantab native. While at the Ed School, he served on the Harvard Square Committee that sponsored the Common Concerts, a showcase for the early careers of artists such as James Taylor, Joan Baez and the Allman Brothers during the near 60s-70s decade of free, open air Sunday Concerts. As the elected Chair of Cambridge’s Model Cities Program, he founded the City’s Community Learning Center and organized the nation’s first HUD approved "Great Society" Housing Community Development Corporation in cooperation with the Harvard Graduate School of Design and MIT’s Department of Architecture. Together they succeeded in engineering and deploying a modular system of urban infill modular housing which saw widespread use in the US and globally.

As International Chairman and Producer of the Pulaski Jubilee, he was honored with a Cavalier Cross by Poland’s President, Aleksander Kwasniewski and subsequently by being named an Amicus Poloniae Laureate by Poland’s Ambassador to the US, Janus Reiter. Other honorific awards for civic and cultural leadership efforts include those granted by The Dante Alighieri Society of Massachusetts and the Sons Of The American Revolution.

A movie he co-produced, wrote, and narrated about innovative program solutions to urban community development challenges, THE CAMBRIDGE MODEL, premiered at MIT’s Kresge Auditorium’s Little Theatre. Other film involvements include collaborating with Norman Mailer on his now cult-status movie, TOUGH GUYS DON'T DANCE. Ryan O’ Neal and Isabella Rossellini starred and consorted on Francis’ real life chaise lounge in his personal Provincetown bedroom. Norman’s own house was also used as a location after being outfitted with chandeliers and furnishings supplied by Francis.

Rounding out this snapshot, Francis was invited by Dean Krister Stendhal to become and served as a member of the Divinity School Planning Committee. He’s also
been an Annual Visiting Committee featured speaker, specifically for the Extension University. As a Special Assistant to the Cambridge City Manager, James Sullivan, he facilitated responses to university sourced requests for municipal mentors for students at both the College and graduate schools.

Currently, Francis is actively engaged in film and digital media development in both the US and internationally with a governmental production incentive utilization focus. In addition to serving as a Harvardwood Chapter Head, he’s the President Emeritus of The Harvard Club of Savannah and Coastal Georgia. 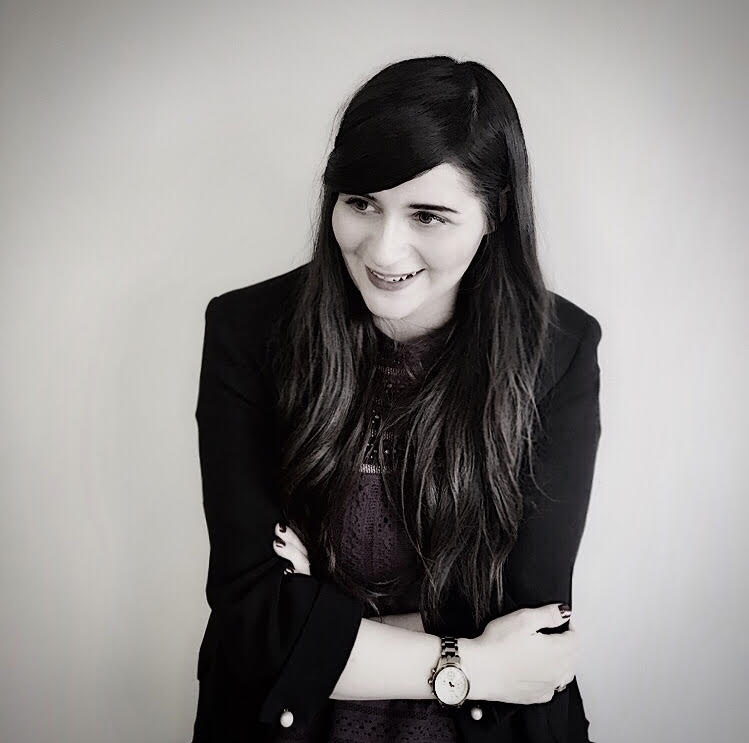 Skye R. Regan graduated from Harvard in May 2018, with Latin honors and a concentration in Psychology. Before leaving, Skye was also selected to give the Graduate Address at the Commencement Banquet held at Annenberg Hall. At Harvard, she was very involved in the arts scene. She wrote, directed, and performed in the award winning film The Shadows, which earned “Best Writing”, “Best Use of Prop” and “Second Place Overall” in the Harvard Undergraduate Film Association’s 48-Hour Film Festival. She also attended some writer’s room Wintersession workshops with Harvard alum Robert Carlock ‘95 (30 Rock, The Unbreakable Kimmy Schmidt) & Maria Arena Bell (Young & the Restless), organized by the OFA.

Skye is also a photographer and her work was featured in ARTS FIRST festival in a solo photography exhibition (later extended into Commencement 2018) at Memorial Hall entitled: Look Again: Interactions with Biodiversity & Structure. Her work was also included in the Harvard Student Arts Show at the gallery in the Ed Portal in Alston organized by the OFA with a mini collection titled: Above/Below. You can see more of her work here.

In terms of performance, Skye performed an original multimedia piece titled: Sight Unseen: Synergies in Music & Film, as part of the ARTS FIRST festival. Skye also performed as a Soprano for the Harvard Summer Chorus’ performance of Mozart’s Requiem. The performance – which was also a world-premiere of German composer, Michael Ostrzyga’s new completion of the work – was originally performed in Tercentenary Theatre in Harvard Yard, and later at the Monadnock Music Festival in New Hampshire. As a musician, Skye has performed across several genres and in many venues, most notably at Toronto’s Koerner Hall.

Since graduating, she has gone on to launch Roaming Writers. In addition, Skye currently serves as the Vice President of the Harvard Club of Toronto, and as the Canadian Co-Chair of Harvard Women in Defense, Diplomacy and Development. She is currently developing three television series, a screenplay and is adapting her senior thesis into a manuscript.

In her spare time, Skye also enjoys volunteering with animals, tinkering with UX design, sorting out puzzles and riddles, jumping out of planes, and most notably dancing like an absolute fool to nineties music! 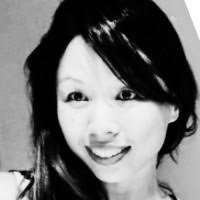 screenwriter, children's novelist, researcher, and columnist. Adopted from Taipei (by an American family from Los Angeles), Jennifer is a graduate of New York University's Tisch School of the Arts and Harvard University, where she was a Bill & Melinda Gates Foundation Scholar. 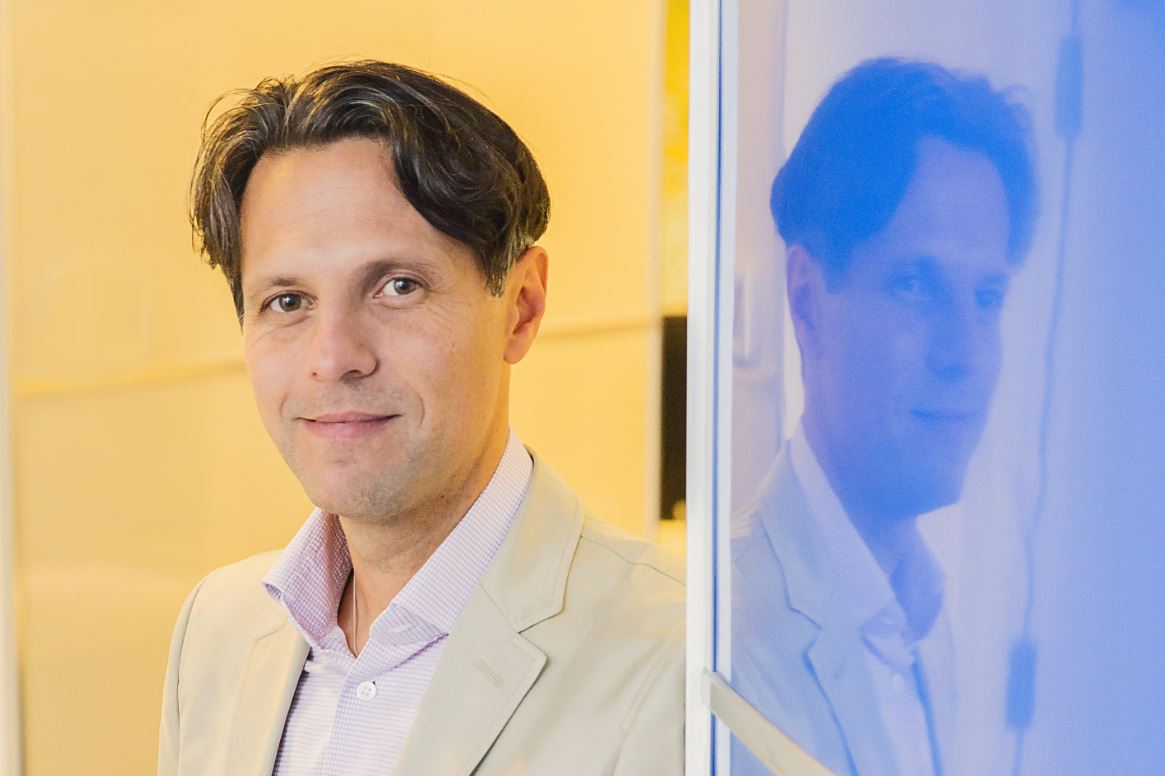 Mario Pochat is CEO and founder of FAME (www.myfame.org), an educational platform for digital entertainment teaching the art and science behind movies and video games. Mario received a national award for opening VANAS, the first “cloud school” in Canada (www.vanas.com). A recipient of the “10 Most Influential Hispanic Canadians,” he is a member of Passages Canada and Historica Canada.

The A.R.T. Alumni Association exists to advocate for the benefit of graduates of the Institute and current Institute students. We provide resources and funding to alumni and their collaborators to foster the creation, development, and presentation of theatrical readings, workshops, and productions for the general public, and to organize public forums on professional and artistic issues of concern to both A.R.T. Alumni and members of the greater dramatic arts community. Alumni of the American Repertory Theater Institute for Advanced Theater Training at Harvard University share a unique experience. They trained under the nation’s foremost theater practitioners including Robert Brustein, Robert Woodruff, and now Diane Paulus. This exceptional training, together with the rich intellectual environment of Harvard University, creates truly distinctive, farsighted, imaginative, and intelligent theater artists. The A.R.T. Alumni Association is an independent 501(c)(3) non-profit corporation. We are an all volunteer-run organization, which does not receive financial support from the American Repertory Theater, Harvard University or related entities.