2023 Update: Though some in-person internships may return for
Summer 2023, virtual internships are still quite common.
Please see below on how to enroll in the program.

Harvardwood publishes internship opportunities, and applications are accepted on a rolling basis each year. The internship list is updated several times throughout the year, so students should check the list periodically for additional opportunities.

After securing an internship, students must be Full Members of Harvardwood in order to participate in HSIP activities and attend HSIP events in the summer. If you did not find your arts/media/entertainment internship through HSIP, you can still participate in HSIP as long as you are a Harvard undergraduate/graduate student and register as a Full Member of Harvardwood.

Started in 2003, HSIP provides a list of summer internship opportunities in the arts, media, and entertainment to interested Harvard students. In addition, HSIP facilitates career-related activities throughout the summer for participating students and companies both virtually and in-person in Los Angeles and other cities with multiple students. Past program events have included film screenings, industry panels, and speaker events.

I’m so grateful to the Harvardwood Summer Internship Program for giving me the opportunity to have intimate chats with industry executives as they gleefully debunked Hollywood myths and confirmed others. As they charted the twists and turns in their careers from college to where they are now, I learned about the surprisingly numerous entry points to the industry. I took tours of production companies and even watched a studio live-stream an Australian boy-band performance. Harvardwood events were also a great way to connect with other Harvard students taking their first tentative steps into entertainment jobs and get a glimpse into the vast alumni network that awaits us in the industry. It helped to know that I’ll never be alone, and I came away from the experience feeling wiser and more hopeful about the future.

See below for a list of participating companies from previous years. If your arts/media/entertainment company is seeking interns for the summer, learn how your company can participate in HSIP. 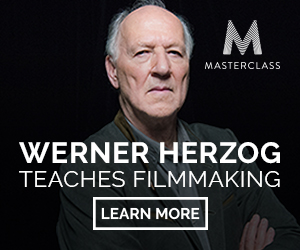