WHERE ARE THEY NOW: Q&A with 101 Alum Writer-Director Tiffanie Hsu 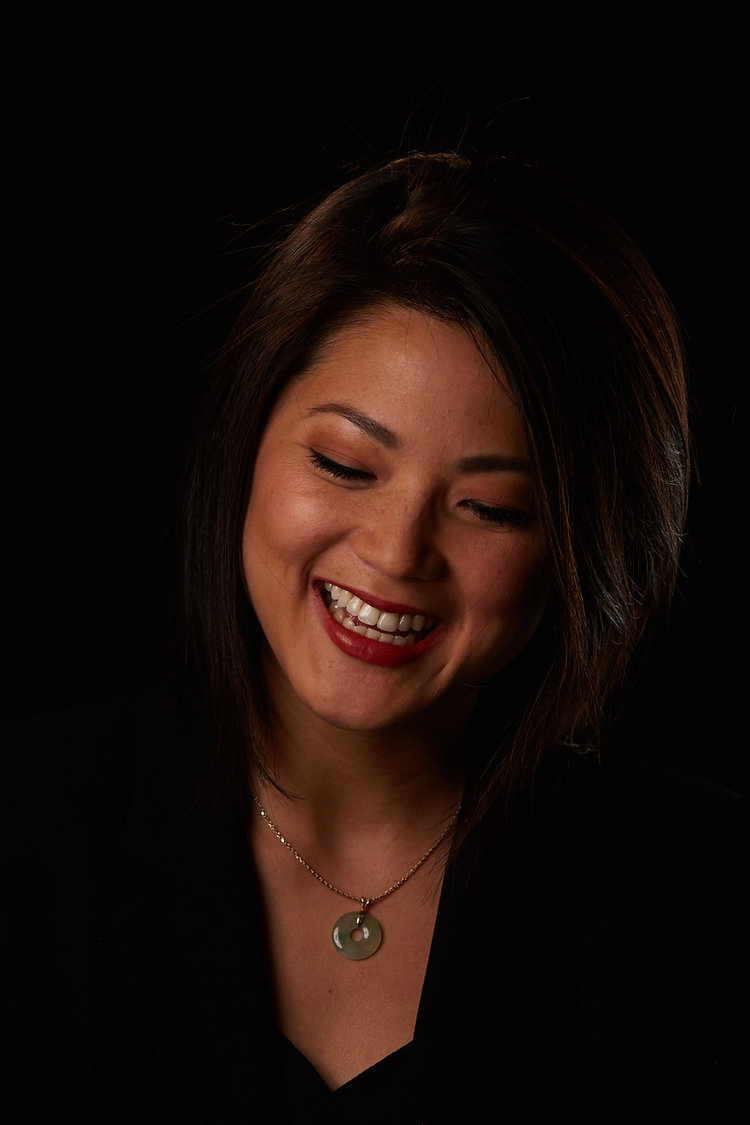 Tiffanie Hsu AB ‘09 is a writer-director whose recent award-winning short, Wonderland, led to her selection as an HBO APA Visionary, and she’s currently developing it into a feature. Her short film Sutures won awards at both the Asian American International Film Festival and in AFI’s Directing Workshop for Women showcase. She also directed the feature documentary Waterschool, which premiered at Sundance in 2018 and is available on Netflix. Hsu has an MFA in screenwriting and directing from UCLA, where she was a recipient of a Soros Fellowship, and is also an alumna of AFI’s Directing Workshop for Women and Sony Pictures Television’s Diverse Directors Program.

Q. In prior interviews, you’ve mentioned that you started college as a premed; how did you end up as a writer/director?

A. So my brother and sister are both doctors—medicine had been the only real path that I knew. But violin and piano were a huge part of my life until I was 18. I knew I wasn't going to be a professional musician, so when I got to college I stopped playing, and that left this huge vacuum in my life. So I took a photography class freshman year and I loved it. At the end-of-semester show, someone had done a comic-book-style project with pictures, and I was like, "Telling stories with pictures—that's amazing!" I didn't know anything about film or theater, so I clung to the premed as a stabilizing thing as I jumped off the deep end with all this other stuff.

Q. Was there a turning point where you decided you could actually do it full-time?

A. I kept waiting to have evidence that I could do this, and I don't even know what I was looking for. With the whole Harvard "high-achieving" stuff, I kept waiting to make a film that did so well that of course I had to do this, which put on a lot of pressure. At the end of my senior year, I think I knew: the fact that I was wrestling so much with the decision [to pursue film] meant I wanted to try. I didn't know how, so first I went to tutor in Korea, which sent me on a very interesting road.

Q. Because from there you worked on a couple of films.

A. Yes. Through a family connection, I got connected with Leehom Wang, an American-born Chinese guy who grew up in Rochester, New York. At age 18, he was back in Taiwan for a vacation, couldn't really speak Chinese, entered a reality show singing competition, won it, and became one of the biggest pop stars there. It's an insane story. He wanted to write and direct his own movie, so he hired an assistant with film experience: me. That was one of my craziest years. We made a movie in 8 months. He let me be super involved and edit the film, and though I didn't sleep very much, I learned a ton.

Q. How did you end up on Life of Pi after working with Leehom?

A. I didn't want to stay in Taiwan because if I wanted to be a director, working up the ladder is way harder than going back to America, doing well, and then coming over. They respect that more, especially if you're a woman. But I found out Life of Pi was shooting and they wanted people who could speak English and Chinese. And I admired Ang's work, and my family—I will never do anything that gives my family more pride than having worked for Ang Lee. So when that opportunity came up, I got on the phone. And Leehom knew Ang, so that helped.

Q. What was the wildest moment you had working on those films?

A. It was freaking cold in Shanghai, and in China, there are no union rules, so people are working for an insane number of hours. I was in the next room while they were shooting, this cold stone room, and I fell asleep on the floor. Leehom came out and found me, later wrote about it in a book, and then my mom read it and came to me with a "What are you doing?"

On Life of Pi, we also had some incredible days. There's this scene with all these little candles, and we had like a thousand extras, and candles kept getting blown out, and even Ang was helping, but we had to keep lighting candles to get them out. And everyone was working toward this bigger thing, which I think is what's incredible about these large-scale projects.

Q. You’ve also worked on documentary—are there things you like particularly about documentary versus narrative fiction?

A. I found documentary interesting because you don't need to create that much to tell a story; if you just watch people move around their lives in an organic way, there is a story there. I had thought that you had to create something "worth watching:" a spectacle or situation or a high-concept thing. Documentary was a nice reminder that people are interesting.

Q. Waterschool was shot in six major locations all over the planet. Did the logistical challenges require changes to your creative process? 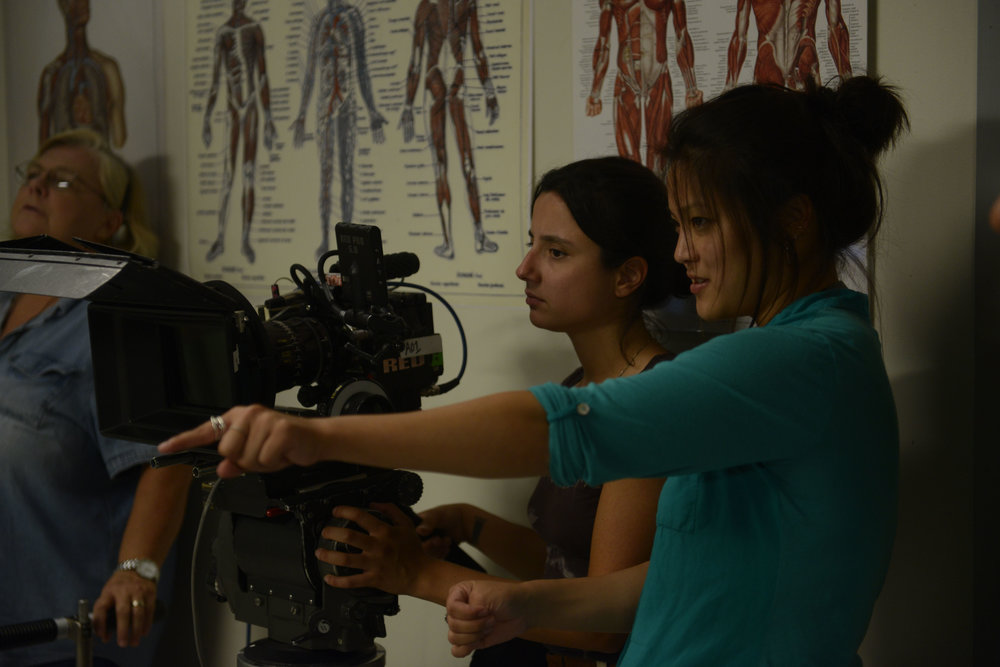 A. It was on a very fast timeline. We found out we were going to do the project in October and start shooting in January. For writer-directors, there's this tendency to labor over something and not let it out until it's absolutely perfect, and I didn't have a chance to labor over this, so it was a huge confidence builder. It also helped that I was making a movie from the perspective of someone I understood: girls who cared about their families and the planet.

Q. What draws you to stories that feature female leads?

I like to write what I know, and I like to write from the perspective of women, older or younger. [Wonderland] takes place in Vegas, and a lot of it is about what it is to come of age in a place where adults go to be children. How does a kid operate in that world? I suppose it's something I'm drawn to, because it's a perspective that has often been portrayed from a guy writing about a young girl, but at this point we're fortunate enough that we can have women tell these stories.

Q. I notice you also have a film called Hobbes Lip Sync, which is, well, not a female-centric film.

A. Oh my god. That was a UCLA exercise, where you had to match lip shapes to a piece of dialogue. Calvin and Hobbes will forever be ingrained in my soul. I actually crocheted the Hobbes for my husband, and I thought, "Why don't we make Hobbes say something?" I don't know why, but it makes me so happy. If it still amuses me after 100 times, I think it's probably okay.

Q. You mentioned it may be even harder to be a female director in Taiwan than here, but it's not necessarily "easy" here. Have there been moments in either country that stood out as a result?

A. I think that the industry feels like they're paying attention to this issue here, which is really good. But I don't think it's a female or male thing; it's just hard to break in. There's a hump everyone has to go over. It's been interesting to watch the studios and organizations find ways to help women of color, but everyone still has to work as hard as they possibly can, and you have no idea if it's going to work or lead to the next thing. And it doesn't matter if you're a person of color or you're white or you're male or you're female; that's just a part of this world. But people are talking about it more, and that's good. I have no idea what things are like in China now. But the fact we can even have these conversations around diversity—people in other countries don't even get to talk about it.

Q. What's the single hardest thing you've had to learn, up until now?

A. Patience. And discipline. And to trust yourself. I'm not sure I've learned all of those things, but it gets easier as you get older.

Q. Now you're based in LA, working on Wonderland and your next projects, what constitutes a perfect day for you?

A. I will say the beauty of doing what I do is that most days are different. When I'm writing, I really like it when I lose myself in the work and lose track of time, and you get so excited following these characters down this pathway that at the end of the day you feel spent and tired and exhausted. I love that feeling. It's like if you went on a long bike ride – the mental exhaustion of having pushed yourself that far; that's a lot of fun and really gratifying.

Q. You just went back to Harvard for your ten-year reunion. If you could give one piece of advice to your college self, what would you say?

A. [At the reunion], we all did a lot of thinking about it, and overwhelmingly, we all concluded: "Just tell yourself that you'll be okay. It's alllll going to be okay." Which even now I wish I could tell myself from ten years in the future. But it's so hard to hear and so hard to really internalize. Yet if I could have told my ten-years-ago self that I could be in this place now, I like to think that my ten-years-ago person would have been like, "That's pretty cool."

Q. If you were talking to a recent grad who wants to break into the entertainment industry now, what advice would you give?

A. It depends on what you want to do. For a writer-director, I would say get out of Los Angeles for as long as you can. Because once you get here, you don't ever leave. Writing and directing is about living life out there. The more experience you have, the more you have to write about.

And start making stuff. You'll learn more by forcing yourself to make stuff, no matter how bad it is, than you ever will watching anyone else. I was really fortunate to work under one of the best directors out there, and I still had to make a ton of mistakes on my own stuff. That was what Ang told me: "You're never going to learn unless you do it yourself. You can't watch someone and learn this."