WHERE ARE THEY NOW: Q&A with 101 alum Karen Chee (LATE NIGHT WITH SETH MEYERS) 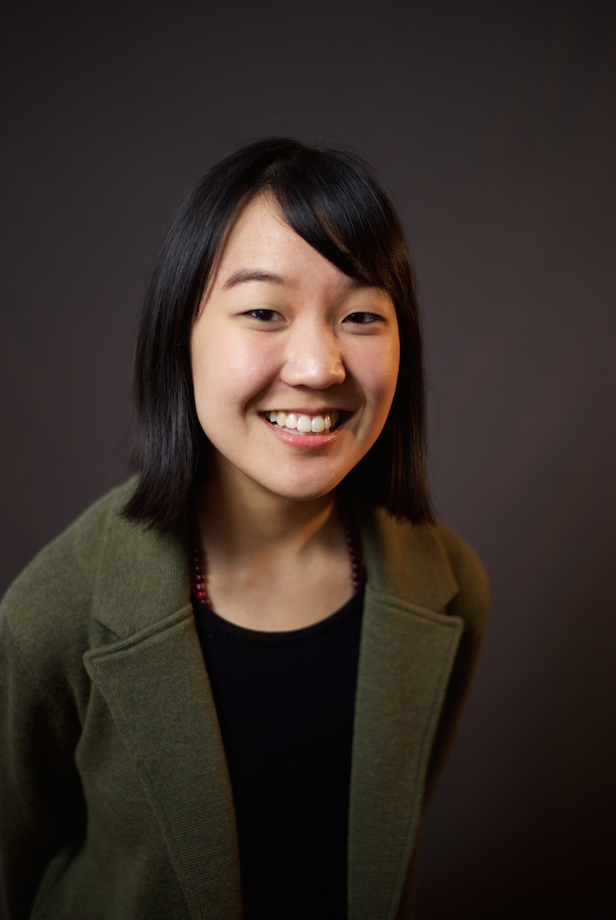 Ever since graduating less than two years ago, Harvardwood 101 alumna Karen Chee AB '17 has been making waves in the comedy world. Last week, she joined the writers' room for Late Night with Seth Meyers, and last month, she was a writer for the Golden Globes Awards Ceremony. Currently based in Brooklyn, Karen is also a regular contributor to The New Yorker, as well as The New York Times, McSweeney’s, Reductress, and Shondaland. Karen also performs throughout New York as a stand-up comedian, recently opening for The Daily Show's Ronny Chieng at Caroline's on Broadway.

Q. When did you know you wanted to become a comedy writer and stand-up comedian? Did attending Harvard come into play in that decision?

A. I think I quietly knew I wanted to be a comedy writer since eighth grade, when I first learned that TV comedy existed. I watched The Office and The Daily Show, and I remember those shows just blowing my mind. My parents were very strict about screen time, so I’d never watched a sitcom or seen political satire before. I got immediately obsessed. I had a notebook where I’d write down my favorite jokes and the structures of various episodes, and I’d research the names of comedy writers to see what other shows they wrote on to keep finding new stuff to watch. By the time I got to college I was pretty certain I wanted to do comedy. I think I told myself I was considering other careers, like political speechwriting or something in math, but I don't think I really was.

Q. What were the early steps you took after graduation that, looking back now, led to where you are today (that is, repped, staffed, published, and all-around winning)?

A. I honestly just threw everything at the wall and hoped something would stick. People were (and continue to be!) very kind to me, which I am immensely grateful for and always sort of surprised by. But yeah, I don't really know which steps were particularly helpful—probably everything, in some way? I’m really into to-do lists and schedules, so when I freelanced I was very disciplined about writing new pieces and publishing regularly and performing as much as possible. I said yes to any opportunity that came my way because I figured I had nothing to lose and hopefully everything to gain. Like a stupid millennial, I really like working. When I freelanced, I essentially worked 12 hour days, every day of the week. I don't know if I’d recommend that to other people, but it made me very happy.

Q. Last month, you wrote jokes for the Golden Globes Award Ceremony and had a great interview with Variety about the experience. What inspired you to tweet directly to Sandra Oh?

A. Haha a lack of shame, I guess. I’m such a big fan of Sandra Oh. The idea of writing for her felt like a crazy pipe dream, and I’m sort of ridiculous on Twitter anyway, so I figured, why not?

Q. How did you end up working on the upcoming Comedy Central Reductress pilot?

I’d previously interviewed to be a writer on a different late night show and met their head writer, Lauren Ashley Smith, with whom I got along really well. I ended up not getting that job, but Lauren also ran the room for the Reductress pilot, and she very kindly remembered me and brought me in!

Q. And now, you are newly staffed on the LATE NIGHT WITH SETH MEYERS. Congratulations! Can you give us a snapshot of what a regular day in the writers' room looks like? 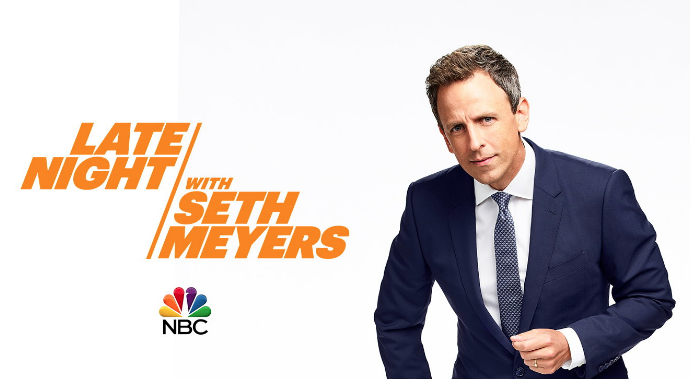 A. Thank you so much! That’s very kind. And sure! I just wrapped up my first week. The job is truly a dream. Everyone is incredibly kind and silly and sweet. We all get to work sometime between 9am and 9:30am, and then depending on whether you’re writing monologue jokes or sketches, you have different deadlines throughout the day. I’ve been writing for the monologue this week, so I read the news and write jokes and send them in. The head writer selects the ones he likes best and prints out the selected ones for Seth to read. All the monologue writers get together in Seth’s office, where he reads through all the selected jokes and picks his favorites, and those then get read at rehearsal with an audience. They usually cut a few jokes depending on how rehearsal goes. Then later, we tape the show! It’s all ridiculously fun.

Q. Given the industry experience you've accumulated already in your few years since participating in Harvardwood 101, what are your thoughts when you look back on the program today?

A. It was a fun time! I had only been to LA with my family when I was a kid, so it was cool to see what it was like from an industry perspective.

Q. What's your advice for Class of 2019 Harvard alumni eager to pursue their passions in the arts/media/entertainment, but who also need to find a way to be financially stable?

A. Oh dang, I don't really know what I’m doing, but if I have to say: pick day jobs that don’t suck up your creative energy! I worked mostly as a freelance writer, but checks are often delayed so I also picked up jobs as a dogwalker, dogsitter, math tutor, pie shop cashier, and the world’s briefest babysitter. I started and quit day jobs like every three weeks because I didn’t want one that would either bore or mentally exhaust me. I really just wanted something that would give me a check so that I could go home after work ended and write/do comedy.

Q. You have accomplished a TON already. What's been your most favorite "I can't believe this is happening!" moment in your career thus far?

A. Oh my god, everything. Yesterday I accidentally woke up at 5:50am and then got so excited about going to work that I couldn’t fall back asleep. I ended up lying in bed for an hour, just listening to Simon & Garfunkel and trying to chill out. I’ve wanted to write for late-night television since high school, so truly, everything feels surreal. I feel like I’m living the wildest dreams of my thirteen-year-old self.

Check out Karen's website for more info about her writing and performances! 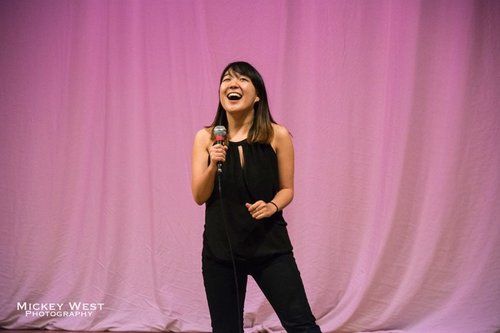