WHERE ARE THEY NOW: Q&A with 101 Alum ALEXANDRA ZIMBLER 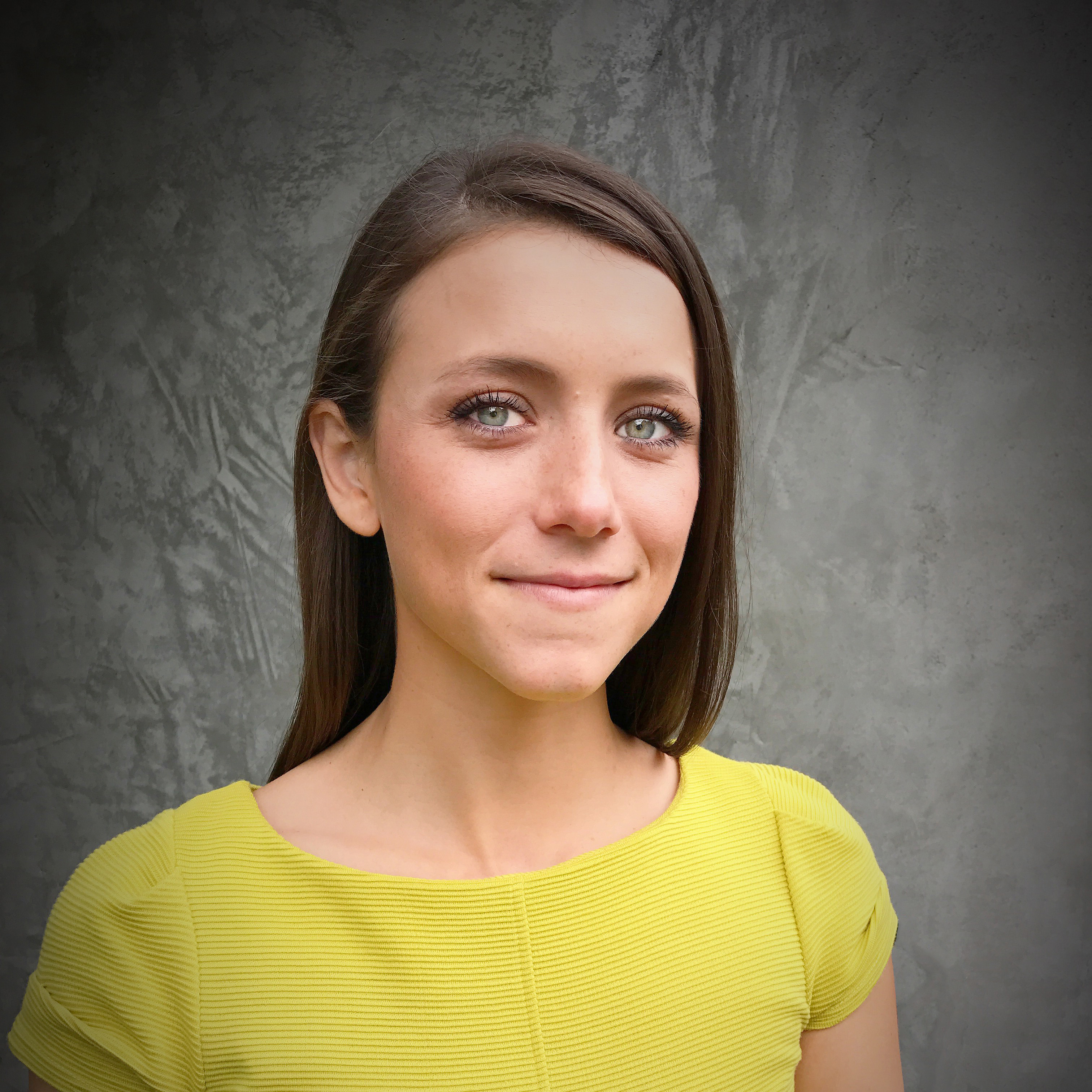 Q. How did you decide that you wanted to pursue a career in film and television?

A. Here is a true, roundabout explanation. I have always loved storytelling, starting as a performer. During my childhood, my family lived in Russia where I figure skated with the Russian Ballet on Ice. We traveled around Russia and Poland performing winter shows like Swan Lake and The Nutcracker. This was both exhilarating and terrifying. My favorite part was playing different characters, dancing to beautiful music, and getting lost in magical moments of make-believe.

Eventually my family moved to England where I got into competitive ice dancing, skating with a male partner. We performed to classical music, and tried to convey emotional depth with our performances while giving the audience a great show. Inspired by films and theater such as Lawrence of Arabia, Gladiator, and Phantom of the Opera, we used their music in our skating programs.

I retired from skating to attend Harvard, but missed the creative element in my life. Then I found the VES Department, and the Filmmaking 101 class taught by Alfred Guzzetti. He taught the fundamentals of filmmaking on 16mm film, and challenged his students to pick a subject and tell a story. It was exciting to find a new way to express myself, and filmmaking became my new passion.  It helped to be energized by incredibly creative classmates, many of whom today work in film or television as writers, directors and producers.

Q. What was your first step toward working in the industry?

A. During the summer after my junior year I interned at Sony Pictures in Los Angeles. This was my first contact with industry professionals. I learned a tremendous amount, largely due to a very supportive mentor, Stephanie Chang.

The internship helped in another more surprising way. Living in Culver City was key. I didn’t have a driver’s license at the time, so I rented a room from a nice family within walking distance from the studio lot. On weekends I explored the city by bus, which is not the typical tourist’s way of visiting LA. Before long I felt like a native. When I moved back post-college, I stayed in the motel that I used to pass on my bus route.

The next step was an intensive job search. I met with many Harvard alumni, such as Franklin Leonard AB ’00, who generously gave me the advice that led to my first job. The Harvard network is real and I am very grateful to the many alumni who found time to meet and counsel me.

Q. What were some of the things you did in college that have been helpful to your career?

A. An eclectic mix of college extracurriculars was helpful in many ways. Mine included the Crimson Dance team, where I conveniently found both roommates and lifelong friends. Next I became a sports reporter for the Harvard Crimson, covering hockey. Probably the most rewarding experience was joining On Harvard Time, a comedy news show. As it turns out, this was perfect training for my job today: I worked with creative young writers who were testing out their first material by satirizing Harvard news. For a year or so, I was co-anchor of the program, and my job was to deliver the jokes. Looking back, I am proud of the work we did, and only slightly embarrassed by my cringe-worthy hairdos.

Those were very positive experiences, but the bad ones also helped me grow. For example, once I embarrassed myself by trying out for an acting class, in an open audition in front of friends and strangers. I froze up, barely uttered a word, and was soon ushered off stage. Later, I felt a sense of relief and even pride for having faced my fears. This led me to work on my public speaking skills and take acting classes in LA. Still, I prefer staying behind the camera.

Q. How did Harvardwood 101 help you succeed in the industry?

A. Harvardwood 101 took me on my first trip to LA. It was an eye-opening tour. I had no idea what to expect, but was dazzled by the seemingly endless opportunities. We were introduced to all species of Hollywood life, meeting agents, managers, studio execs, producers, directors and writers. Networking with Harvard alums at various stages in their careers was also incredibly helpful. I found it easiest to relate to younger alums who were still hustling their way up the ladder, and could give me advice based on their recent experience.

More than anything, Harvardwood has helped me succeed by providing a constant source of support. When I moved to LA, I reached out to almost everyone that I met during Harvardwood 101. I set up phone calls and meetings, and was amazed at how willing alums were to help me, despite their busy schedules. These conversations guided me towards my first job in the industry. Today, many of the people I talked to are friends and even collaborators.

Q. You’ve created a documentary short and also worked for a large production company. How would you compare those experiences?

A. The experiences were actually quite similar. You have to be entrepreneurial; a certain scrappiness and persistence is required to get any project done, whatever its style or size. At the end of the day, you want to tell the best story possible, and to surprise, entertain and possibly enlighten the audience.  On the other hand, while “being my own boss” was nice, I seemed to learn more at a large company. 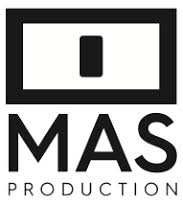 Q. What does a typical workday look like for you?

A. I work at Michael Shamberg’s Production Company, MAS Production, and am responsible for development in film and TV.  Every day is different. Once a week I’m at BuzzFeed Motion Pictures in Hollywood, where Michael is an advisor. The rest of my time is spent working on various TV and film projects. With many different projects at different stages of development, the best days include sitting down with writers and working on stories, brainstorming with my colleagues at MAS, and networking around town.  A new idea can come from anywhere, so my antennae are always up, and I am constantly scanning the world for the next spark of inspiration.

Q. Looking forward, what are some goals you hope to achieve in Hollywood?

A. Working with Michael has been an incredible experience; one that has encouraged me to dream big. This is the guy who made some of my favorite movies (Erin Brockovich, Pulp Fiction). It is exciting to watch our projects move from the drawing board to the screen (or sometimes the cutting room floor, but that is Hollywood). My long-term goal is to tell meaningful stories that have a lasting impact.

An easier and short-term goal is to work with more writers, actors and directors whom I admire, many of whom are talented Harvard alums.

Q. What advice do you have for people who want to follow this career path?

A. One approach is to move to Los Angeles. This is certainly a key center for the business, offering many different routes to break in. I remember feeling anxious about securing a job post-college, and very confused about whether to seek a low-end job at a big company, attend film school, or try to start my own production company. I needed more information about career options. Many of my early mentors recommended starting at a talent agency, describing them as great places to learn. This worked for me: the agencies are like the central nervous system of Hollywood, touching every aspect of the business.

My first job was at CAA where I served as an assistant to a TV Literary Agent. His work was intense, but he often took time to teach me about the business, as did other agents. Next I worked as the showrunner’s assistant to Steven DeKnight (Spartacus, Daredevil). After two years and many hours spent in the writers room, I realized how much I loved working on story ideas and scripts. I then moved to Jerry Bruckheimer TV, where I learned how to pitch programming ideas, among many other things; and eventually moved to MAS Production, where I am now. This new gig seems close to my idea of a dream job, since I am involved in efforts to create, sell and produce new shows and films. Of course, the work requires long hours, patience, teamwork and the ability to handle lots of ups and downs.

I have followed a relatively typical “LA career path” for a naïve new college grad, but there are many other places and ways to get involved in the film and television business. My advice is to be courageous, use your creativity, speak with as many people as possible, follow your instincts, and then plunge in. Don’t be discouraged if things don’t work out right away. Persistence will eventually pay off, and the best opportunities are likely to come from somewhere unexpected.