"A dreamlike, multilayered film... spins out different threads of the 1960s revolution and weaves together something quirky and hopeful and touching." - Harvard Magazine 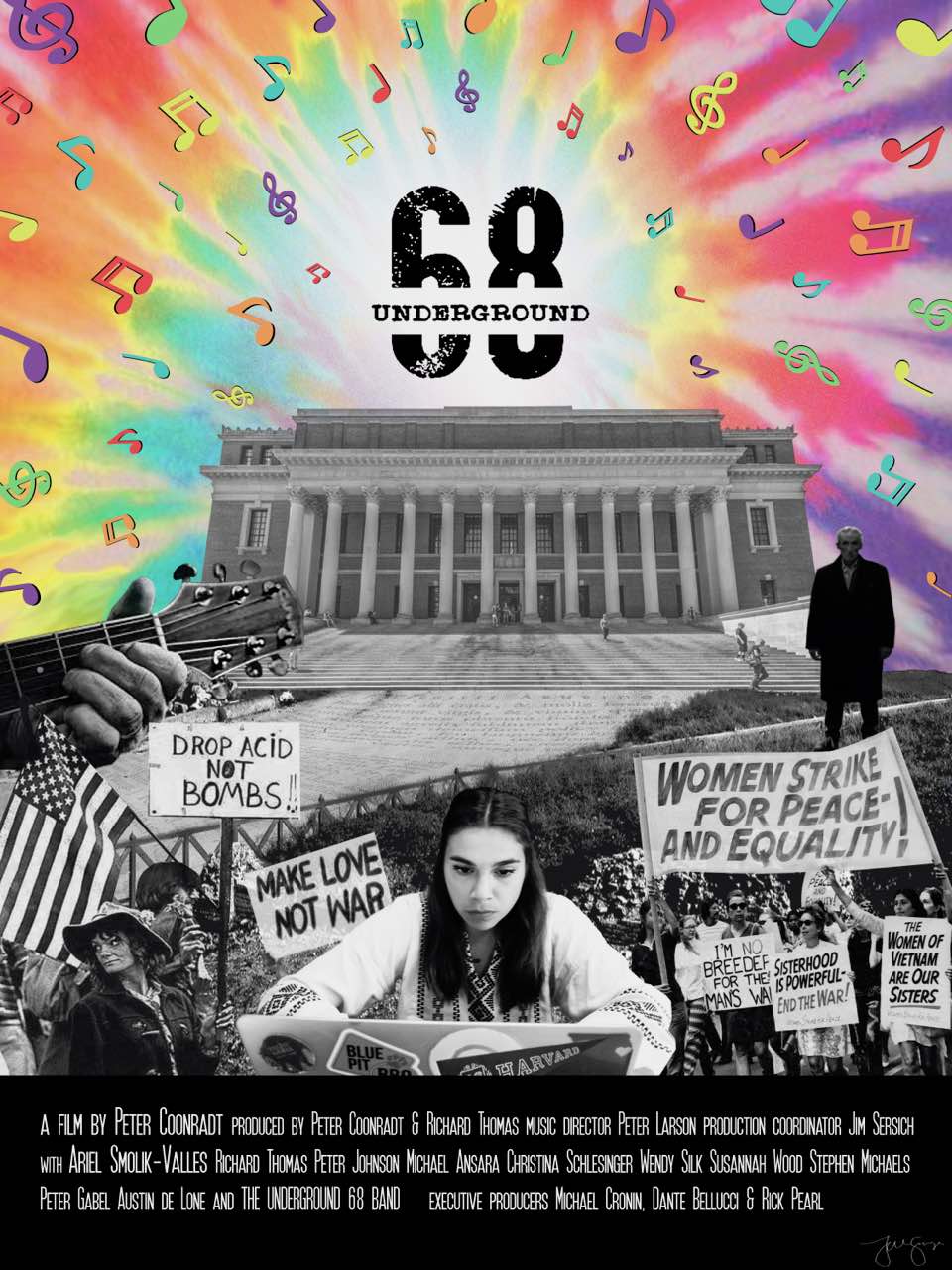 The late 1960s counterculture was a mass awakening. It was a renaissance of music, art, experimental films, underground comix, psychedelic drugs, Eastern philosophy and cosmic consciousness. It was the dawn of the movements for peace, civil rights, environmentalism, sexual diversity, and women’s liberation.

UNDERGROUND 68 is the story of Ariel, a Harvard student writing her 2017 senior thesis about campus opposition to the Vietnam war fifty years ago. She digs up more than she bargained for in the unconventional lives of artists, musicians and activists from the Harvard class of 1968. Her story shines a blazing light on today's realities.

Harvardwood is delighted to present, in a joint event with The Lambs, the New York premiere of this new film by Peter Coonradt AB '68.

The co-producer, with Peter Coonradt, of UNDERGROUND 68, Harvard's George Martin Lane Professor of the Classics Richard F. Thomas, will introduce the film. Professor Thomas is a distinguished authority not only on the classics of ancient Rome, but also on the work of Bob Dylan.

Also present will be one of the people profiled in the film, Stephen Michaels AB '68. In 1968, Michaels was the lead singer of a rock band. Today, he is a distinguished acting teacher in New York.

This will be an extraordinary event, and seating is VERY limited! Early registration is strongly recommended!

IF YOU REGISTER AFTER 4 PM TODAY, BRING YOUR EMAILED REGISTRATION CONFIRMATION WITH YOU!

Special thanks to The Lambs, and to Andy Goodwin and the Plymouth Hill Foundation.