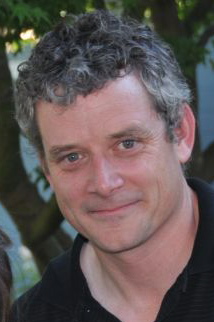 Steve Tompkins is an Emmy Award-winning television writer and producer with many successful credits to his name. He began his career at the groundbreaking “In Living Color,” working closely with Jim Carrey, Jamie Foxx, and Keenen and Damon Wayans. Mr. Tompkins then wrote for the hit animated series “The Critic” and “The Simpsons,” where he won an Emmy for his work. He also co-created the animated series “The PJs” starring Eddie Murphy, and served as consulting producer on “Everybody Loves Raymond.” During his tenure as Executive Producer of “The Bernie Mac Show,” Mr. Tompkins won the Humanitas Award for writing the episode “Sweet Home Chicago” and was nominated for an individual Emmy for outstanding writing in a comedy series for his episode “Goodbye, Dolly.” Mr. Tompkins has also developed original shows for FOX, Nickelodeon and HBO, including the popular series “Entourage.” Recently, he wrote and produced CBS’ longrunning hit, “Two and a Half Men,” and is currently staffed on Netflix’s “The Ranch,” which stars Ashton Kutcher, Sam Elliott and Debra Winger and will premiere in winter 2016.