Join Lea Salonga, Cecilia Mejia, and NY Times best-selling author Abigail Hing Wen AB '99 as they share perspectives on utilizing their platforms as leaders in the arts and entertainment industry to activate the API community around important social issues like immigration and humanitarian efforts.

Multiple award-winning actress and singer Lea Salonga is renown across the world for her powerful voice and perfect pitch.  She is best known for her Tony Award winning role in Miss Saigon. In addition to the Tony, she has won the Olivier, Drama Desk, Outer Critics Circle and Theatre World Awards, in the field of musical theatre. She was also the first Asian to play Eponine in the musical Les Misérables on Broadway and returned to the beloved show as Fantine in the 2006 revival. Many fans of all ages recognize Lea as the singing voice of Princess Jasmine from Aladdin and Fa Mulan for Mulan and Mulan II. For her portrayal of the beloved princesses, the Walt Disney Company bestowed her with the honor of “Disney Legend”.

Cecilia R. Mejia is a first-generation Filipino-American born and raised in Brooklyn, New York. She has worked in development for non-profit organizations, including NGOs at the United Nations. She has a master’s degree in Public Administration and Affairs and is a graduate of the Columbia Business School’s Emerging Nonprofit Leaders Program. She’s worked with several grassroots organizations focusing on underrepresented communities, which led to her working in film. Cecilia has produced a number of short films focusing on critical social impact issues. She’s the lead producer of the upcoming Sony-acquired feature film Yellow Rose, a Social Impact Producer of the award-winning doc Call Her Ganda (TIFF 2018), and Co-Producer for Lingua Franca (Tribeca All-Access 2019). Cecilia is combining her love of film and social impact work with under-resourced youth through her non-profit organization Art of Me as the Creative Director. She was recently featured in Forbes Magazine for her work.

Abigail Hing Wen, who works in VC and AI in Silicon Valley, released her book, Loveboat, Taipei in January this year. The novel hit the NY Times Best Seller list and has recently been optioned for film in Hollywood by ACE Entertainment (To All the Boys I've Loved Before). The story is a young adult Crazy Rich Asians meets a Jane Austen Comedy of Manners, inspired by the actual cultural exchange program in Taipei attended by many Asian American teens since the 1960s. The romp is woven through with an immigrant girl’s coming-of-age story, of navigating family complexities, discovering identity in all its facets and finding love. Abigail is serving as an executive producer for the book-to-film adaptation. 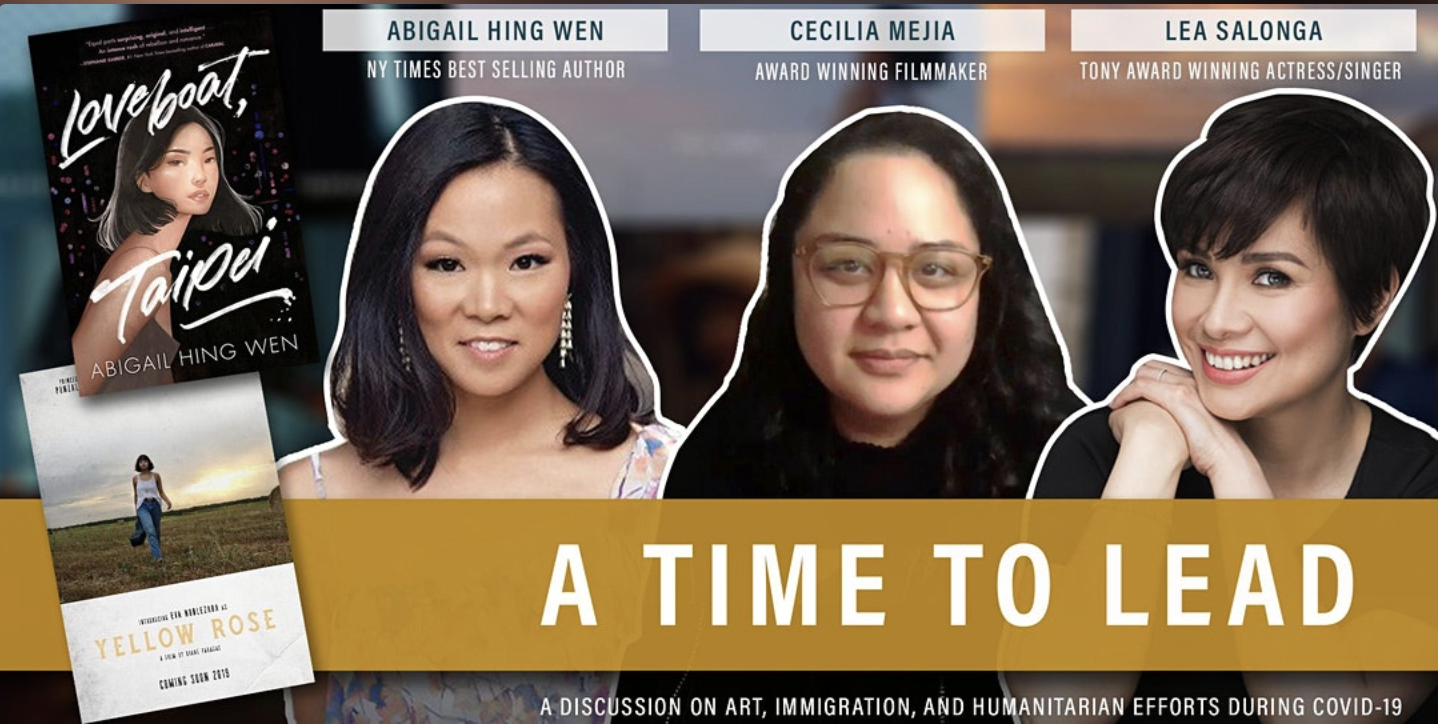