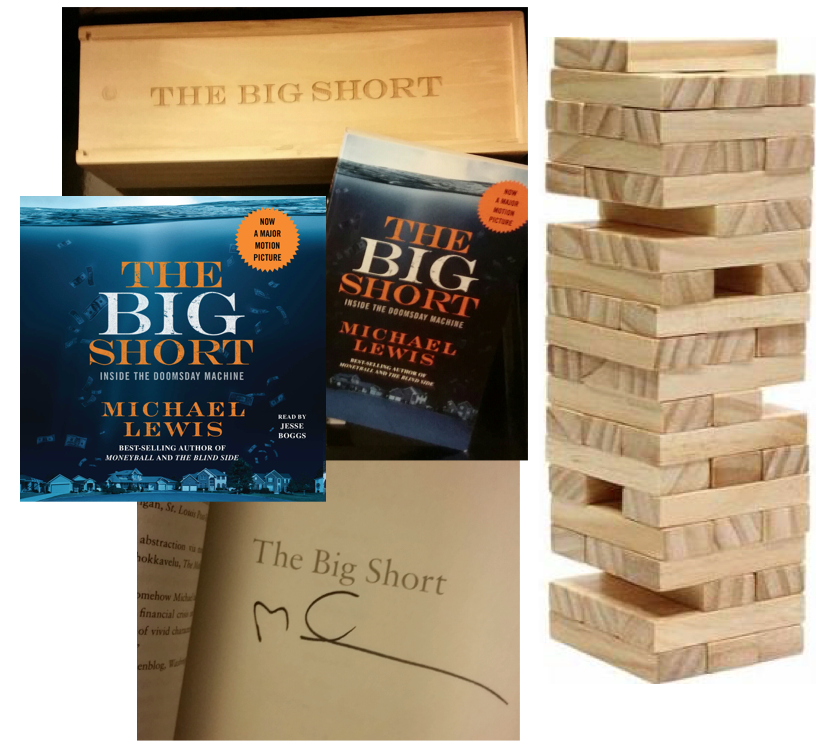 The Big Short — hitting theaters Dec. 23rd — is based on a non-fiction book by Michael Lewis about the build-up of the housing and credit bubble during the 2000s. With Christian Bale, Steve Carell, Ryan Gosling, Brad Pitt. Four outsiders in the world of high-finance who predicted the credit and housing bubble collapse of the mid-2000s decide to take on the big banks for their lack of foresight and greed.

Before the movie's release, get your hands on this gift pack that includes a tumbling tower game, the original book signed by Michael Lewis, and a photo card featuring Bale, Carell, Gosling, & Pitt.