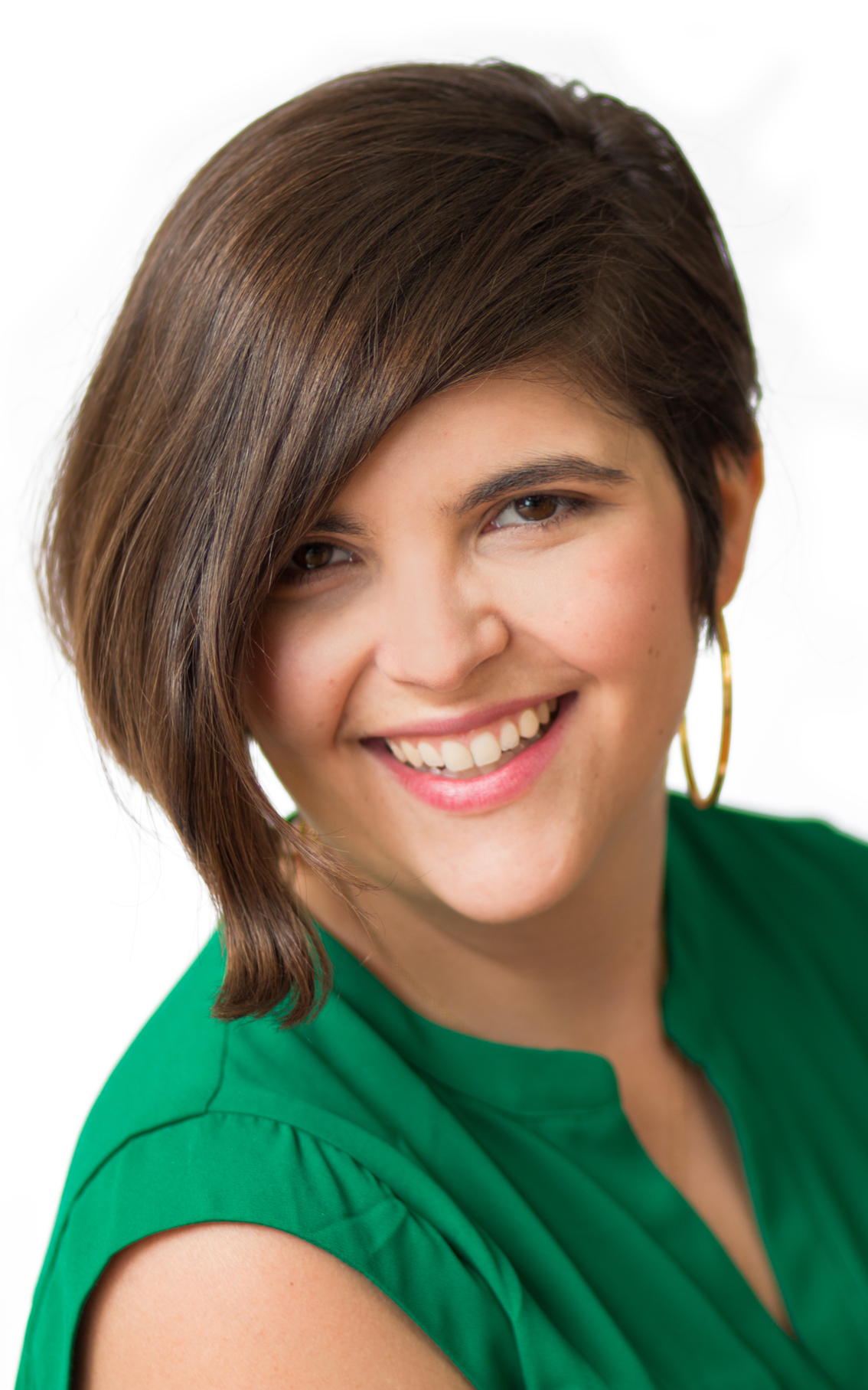 Julie Ann Crommett AB '08 has been working in the Diversity, Equity and Inclusion (DEI) space for over thirteen years leading disruptive, systemic change across media and tech. As Founder and CEO of Collective Moxie, Julie Ann works with organizations large and small on revolutionizing their DEI strategies through inclusive storytelling practices, accountability, and internal/external community partnership. Previously, she was Vice President of Multicultural Audience Engagement at The Walt Disney Studios spearheading efforts to diversify talent in front of and behind the camera, connect creative projects more closely to the communities they touch, and build a more inclusive culture within the Studios. Her team contributed to many projects including Encanto, Soul, Coco, Black Panther, Raya and the Last Dragon and West Side Story as well as launching the critically acclaimed Disney Launchpad: Shorts Incubator, an industry-leading program guaranteeing up to six directors from underrepresented backgrounds the opportunity to produce a short film for Disney+. Before Disney, she was Google’s Entertainment Industry Educator in Chief leading their efforts to shift and diversify on-screen perceptions of computer science through storytelling (a position she created) as well as having led Google’s DEI efforts in Latin America. She started her DEI career at NBCUniversal managing behind-the-camera diversity programs including Writers on the Verge and the Directing Fellowship.

Julie Ann has been recognized by The Hollywood Reporter’s 35 under 35, the IMAGEN Foundation’s Influential Latinos in Entertainment list, and as an ADCOLOR Innovator. She serves on the boards for the The Woodruff Arts Center, Hispanic Federation, NALIP (National Association of Latino Independent Producers), Community Foundation for Greater Atlanta, and Women in Animation. Julie Ann also served as an Adjunct Assistant Professor for Columbia University’s MFA film program and co-created a new course with her producing partner Jinko Gotoh on inclusive storytelling. A proud Puerto Rican and Cuban American, Julie Ann was raised in Atlanta, GA and earned her BA in English at Harvard University.

Q: Clearly, your work has had a huge impact on the industry, with films like Encanto, Soul and Coco bringing audiences incredible diversity in the animation scene. Where do you hope to see these efforts lead us, say, ten years in the future? As DEI blossoms, what do you see as crucial next steps in your work, personally, and in the work of the industry?

I can’t even believe that 13 years have passed since I started on this journey, and I applaud the incremental progress that’s been made. Unfortunately, as we all know, it’s not enough. The next ten years, I hope, bring a plethora of original, new stories from filmmakers and storytellers who haven’t traditionally been centered. That we change the “default” of who is the protagonist of any kind of story (sci-fi, horror, comedy, rom-com, fantasy, drama, etc.) and that stories don’t have to be centered on a dimension of identity or a specific cultural experience but rather all of us just being in our full selves – as full characters – the way we exist in the real world. Elements of our culture, gender, race, ethnicity, disability, sexuality, and/or any other identities we hold shine through as part of the story / the whole. We still need stories centered on specific cultural experiences (like Coco’s Day of the Dead), but those are not the only stories to be told.

For me personally, I want to keep making and helping to usher, support, and/or find funding for stories like the ones above. I also want to keep working across clients, especially where there’s opportunity to impact at an industry scale vs. one organization. What the industry needs to do is put their money where their mouth is – it’s not enough to develop projects, but it’s necessary to actually greenlight them. Also, I’m all for alternative funding and distribution models. I think the disruption we’re feeling today will only fuel further disruption centered on creator ownership. There is tremendous opportunity in that.

Q: You were an executive producer on the six short film series Launchpad: Shorts Incubator, which provided six filmmakers from underrepresented backgrounds the opportunity to share their perspectives and creative visions that will show audiences what it means to be seen. What was your favorite part of the process, and do you potentially see yourself stepping into more executive production roles in the future?

I love the Launchpad Season 1 filmmakers. It was truly an amazing experience to meet them through the application process, hearing them describe their visions for their projects, and then executing their films in Summer 2020 (yes, in the height of the pandemic). They are ready for anything! My favorite part was seeing them see their work on Disney+, promoted with a beautiful marketing campaign, and celebrating each other. Huge shout to the entire Disney+ production teams who made it happen during the pandemic – Mahin, Alyssa, Jason, Chris, Adam, and the whole team!

Q: What is your current media obsession? Can you recommend any movies, TV shows, podcasts, or books that have been captivating you? What is a current show that you think has really effectively made strides for diversity and inclusion on screen?

I just started watching The Bear on FX/Hulu. OMG. I absolutely recommend Only Murders in the Building, The Gordita Chronicles, Nope … so many. Rewatch Clueless if you haven’t recently. One of my favorite shows that really did a phenomenal job tackling lots of topics and intersections regarding DEI was the remake of One Day at a Time (seasons 1-3 on Netflix + season 4 on PopTV).

Q: If there was one thing you would want everyone to understand about the work you do for diversity, equity and inclusion, what would it be? What are some of the challenges you face in your work, and how do you address them?

DEI work is all our responsibility. When we work together, I am there to advise and am also learning every day. Also, it’s not a nice-to-have – it’s just how the world is / will be. It’s the only way you can run a business or organization and have it stay relevant in the long run. If you don’t layer it into the fundamental thinking across every aspect of your business, you will be disrupted. You will be irrelevant. That is worse than failing – it means huge swaths of your audience don’t care because you haven’t cared about them. Also, if you aren’t doing this with a global lens, you’re sunk.

My toughest conversations are with people (typically senior leads – who are empirically White men) who believe they’ve got it all figured out – that they are “woke.” They say they are “progressive,” vote Democratic, and “know this stuff.” The truth is that none of us have this all figured out – that’s the impossible dream. We can’t possibly know everything about everyone and undo 1,000s of years of discriminatory structures overnight. We only have our own lived experiences to start which are riddled with bias. However, what is essential is to keep learning and listening – not assuming. The way I often breakthrough is to challenge them to stop trying to be perfect “progressive” people – there is no such thing – and get them to think about listening and growth.

Q: How did your time in college (classes, extracurriculars, peers you met) prepare you for the work you do today?

Founding TEATRO! and the lessons learned and conversations I first confronted there were instrumental to my work now. Inspired by Black CAST, when I first pitched Harvard College TEATRO!, Harvard’s first Latino/x/e theatre troupe, I was asked if we could get enough people to audition and if we’d attract a large enough audience. I thought this was ridiculous, and I responded incredulously, “Of course we will!” We sold out by closing night, and our cast/crew was roughly 50% from the Boston community. It proved to me that if you build it, they will come. Also, you can’t account for audiences that you haven’t been accounting for – you have to widen the aperture and meet people where they are. We marketed directly in the Boston community and obviously filled a gap. I’m thrilled the group continues to thrive today.

Q: In 2021, you founded Collective Moxie, a consulting agency that focuses on diversity, equity and inclusion strategy aimed at making lasting, sustainable change within partner organizations. As the founder and CEO, what would you say to young entrepreneurs hoping to start their own business or foundation? How do you think the pandemic affected the founding of Collective Moxie, if at all?

To young entrepreneurs, I share a piece of advice a mentor, Charles King, shared with me. “Don’t wait too long.” I think that for a lot of folks and for me, especially if you were raised without a lot of financial resources and/or culturally told to pursue “safe careers,” it’s scary to say, “I’m going to start something and jump into the unknown.” It’s okay (and smart) to plan for it while you’re doing another job – just make sure you don’t wait for the perfect moment. It doesn’t exist. Trust your gut and know your value. If you don’t bet on yourself, why would anyone else?

Q: Last year, you co-taught and co-created the first class on Inclusive Storytelling for first year MFA Film students at Columbia University. What was that experience like for you? Could you see yourself entering the academia space again in the future?

Absolutely – loved the experience and learned a lot. My respect for teaching went up 100x, as planning classes takes longer than actually teaching them. I loved working with students and having office hours, particularly diving into their creative hopes and dreams. One of my partner’s and my observations was that everyone was trying to find and hone their voice. It became about “what do you want to say” – “why do you want to tell stories?” At the end of the day, those are the absolute best conversations you can have.

Also, I was stunned at how much the students wanted to talk about comedy. I love it but truly, a huge portion of our class was wanting to explore it. Yes, please.

Q: In your 2017 TEDTalk, you discuss the CSI effect, the designated driver campaign, and how storytelling in media can be an incredibly influential tool to revolutionize certain industries or areas (like computer science). What industry, social phenomenon, current topic of discourse, or job market do you think should be the next big target for media companies and storytellers? Is there a comparable target in 2022 similar to computer science in 2017 for these sorts of intentional media campaigns?

Hasn’t changed. We are living in a world being designed by such a small percentage of the population – stick to the CS / STEM train. We need filmmakers / creatives with expansive visions for what we could be 50 years from now – not the doomsday vision we are often feeling today. Science fiction informs the present and future, and it can literally drive innovation. The opportunity remains to inspire folks to envision a future we can build and to continue to change the “bro” culture that pervades much of tech.

Resting my brain and refilling my spirit. Hanging with my partner, family, and friends. Love eating delicious meals, watching movies/TV for fun, reading non-fiction, and working out (I’m back in my routine). Oh, and I am part of a weekly bar trivia team. Yes, I am a trivia nerd… most recently on Jeopardy! – May 19th, 2022 episode (2nd place).