In addition to offering resources to TV and screenwriters, Harvardwood supports our poets, novelists, and nonfiction authors through Harvardwood Publishing.

Want to watch clips from previous Harvardwood Publishing events? Harvardwood members (make sure you're signed in) can view:

Accepting submissions to our upcoming Once Upon a Fairytale anthology!

Harvardwood Publishing is reinventing the fairytale! We are accepting submissions for our upcoming anthology, Once Upon a Fairytale, which will feature modern retellings of classic fairytales in the form of short stories, poems, and songs. What would a contemporary version of a Cinderella, Hansel and Gretel, or Little Red Riding Hood read like if written today?

Submissions must be written in English. Open to unpublished and previously-published authors. No Harvard or Harvardwood affiliation necessary, so spread the word to all of your writerly friends and colleagues!

If you have further questions, please contact Patricia Danaher.

*Harvardwood Publishing is entirely volunteer-run, and our umbrella organization, Harvardwood, is a 501c3 nonprofit organization. The submission fee goes toward the publication of the Once Upon a Fairytale anthology, including formatting, editing, cover design services, administrative overhead, etc. 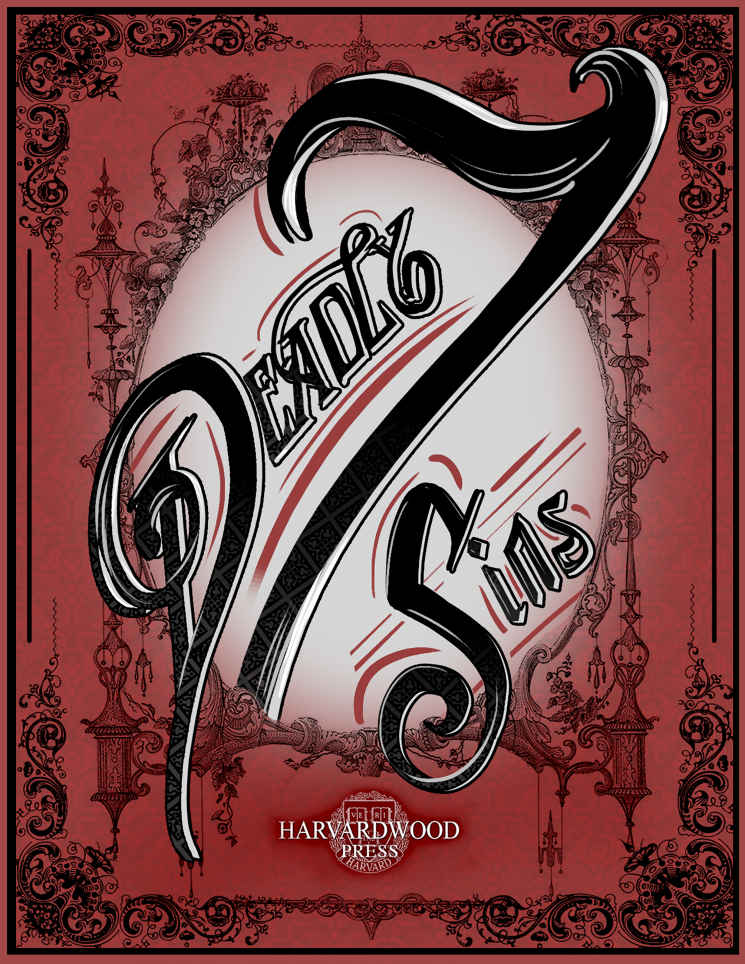 Our first-ever anthology, The Seven Deadly Sins, is available for purchase in paperback and Kindle formats! Get your copy now.

Special thanks to Harvardwood Publishing director Patricia Danaher for curating and editing the anthology, and also to Zoë Morrison for copy-editing and to Susan Bin for the cover design!

Journalists, bloggers, columnists, op-ed contributors, here's your chance to boast your byline and share your latest article published online with the Harvardwood community!

All shared bylines will be featured in the Harvardwood Weekly. This feature is only available to dues-current Full Members, so make sure you're logged in before clicking the link below. If you're not a Harvardwood member, join here.

ABOUT THE BOOK: There is a "becoming" Jane Austen who delights Victorians, spinsters, and weenies — and who disgusted Mark Twain. There also exists a nastier Jane Austen who challenges traditional notions of fitness and propriety. Much of this Jane vanished when her sister Cassandra burned many of her letters. However, a caustic Jane Austen remains to be appreciated in her novels, juvenilia, and surviving correspondence. With a variety of insights afforded by psychoanalysis, Regency history, and evolutionary theory, (as well as Proust and Casanova and Stendhal), the author recovers a Jane Austen who is unbecoming, adult, entertaining—and truly classic.

ABOUT THE AUTHOR: Steve Bachman is the co-founder of The New Orleans Art Review and the author of four books of art and literary criticism.

ABOUT THE BOOK: Rough Magicke is a remarkable witch’s brew of super­natural, Christian, classical and scientific arcana, served up at an all-too-real Midwestern military school. "An occult thriller, scary, learned, and charitable in the true tradition of Charles Williams and his fellow Inklings," wrote T.A. Shippey, editor of The Oxford Book of Fantasy Stories.. "Intellectual and literary, Rough Magicke juxtaposes the arcane and the sacred while providing a glimpse of the divine. It’s Dead Poets Society with a dash of Harry Potter and The Name of the Rose." adds Mike Brotherton, author of Star Dragon (Tor Books, 2003) and Spider Star (2006). "Rough Magicke is Goodbye, Mr. Chips meets The Father Brown Mysteries, with the welcome and in fact sorely needed addition of witchcraft, telepathy, quicksand and magic rings," raves Mark O'Donnell '76 of Broadway's HAIRSPRAY fame and author of Getting Over Homer from Knopf.

ABOUT THE AUTHOR: John William Houghton grew up in Culver, Indiana (a town his family founded in 1844), and was graduated from Culver Military Academy in 1971. A prize-winning historian with degrees from Harvard, Yale, Indiana and Notre Dame universities, he has taught English and Religious Studies, served as a school chaplain, and contributed to both Tolkien the Medievalist and The Harper Collins Encyclopedia of Catholicism. Dr. Houghton is also the author of Falconry and other poems, published by Unlimited Publishing LLC in 2003. Houghton’s verse has been described as "a seamless modernization of Robert Frost." The characters of these poems show us glimpses of a spiritual world hidden, not in the forest paths and stone fences of New England, but in the equally rugged landscape of human relationships. The metrical discipline hidden within the seemingly natural speech of Houghton's characters reflects contemporary sensibilities in a transparent mirror of classical forms and structures. While a few of the poems have appeared previously in such publications as The Living Church and The Classical Outlook, this is Houghton's first book-length collection of poetry -- a remarkable work of literature for the sophisticated reader of verse.

ABOUT THE STORY: Ben Houghton is in his late 30s, married and living an artist's life made possible, in part, by his wealthy father. He spends summers at the family estate on Block Island, a place that holds many memories for him. The best is the one great love of his life: Serena Fisher, a beautiful young woman he met the after graduating college. Serena is back. A story of passion and obsession.

ABOUT THE WRITER: G. Wayne Miller is an author, journalist and filmmaker. His seven books include TOY WARS: The Epic Struggle Between G.I. Joe, Barbie, and the Companies that Make Them and KING OF HEARTS, which is in Hollywood development. Miller is the producer and writer of ON THE LAKE: Life and Love in a Distant Place, a documentary about the tuberculosis epidemic that will be broadcast on PBS in 2009.

Grace Under Pressure: The Life of Evan Shipman by Sean O’Rourke

ABOUT THE STORY: Evan Shipman had a talent for being where the excitement was. In the 1920s, he lived in Paris and became a lifelong friend of Ernest Hemingway. (Gertrude Stein’s "You are all a lost generation” was directed at him and Hemingway). In the '30s, he fought in the Spanish Civil War. During World War II, he served in a tank battalion. In the late '40s and '50s, he established himself as our foremost turf journalist in the revival of harness and thoroughbred racing that followed World War II.

ABOUT THE WRITER: After serving in the army and graduating from Harvard, Sean O’Rourke taught Latin, French and English in high schools and junior colleges. He has published dozens of articles, both scholarly and popular. Grace Under Pressure is his first book. It is based on archival research in libraries at Harvard, Yale, Princeton, Brandeis, The Sorbonne, Charlottesville, VA, Chicago ILCollege Park MD, Lexington KY and Rock Hill SC. He is now working on a life of lawyer and diplomat George Rublee.

A Nest of Stones by Joseph Richards

ABOUT THE STORY: Although set in the 60’s and 70’s, A NEST OF STONES, reflects some of the ongoing conflicts of our time—casual sex, betrayal, and disillusionment. Born in one of the few remaining land grant ranches in Southern California, John Brereton grew up in isolated circumstances heavily influence by his mother’s Spanish background. During his Air Corps service in the Second World War and later at Harvard, he had to grapple with a growing awareness of his ambiguous sexual orientation which surfaced again during his first assignment abroad in the Foreign Service. As the narrative develops the setting moves from France to Spain and New York City, with flashbacks to the progress of an acrimonious divorce. From a childhood rich in promise, Brereton’s tumultuous life results in a fruitless quest for constancy in two disparate worlds.

ABOUT THE WRITER: After graduating from Harvard in the late 1940s, Joseph Richards spent five years in the Foreign Service and then almost thirty years in the business department of The New Yorker Magazine. Following and early retirement in the early 80’s, he opted for a career in the performing arts field, initially as the managing director of a modern dance company in Boston. Later after the company moved to New York City and opened a studio near Lincoln Center, he left the organization to serve on the boards of an Off Broadway production company and a small ballet group and on the National Committee of the Glimmerglass Opera.