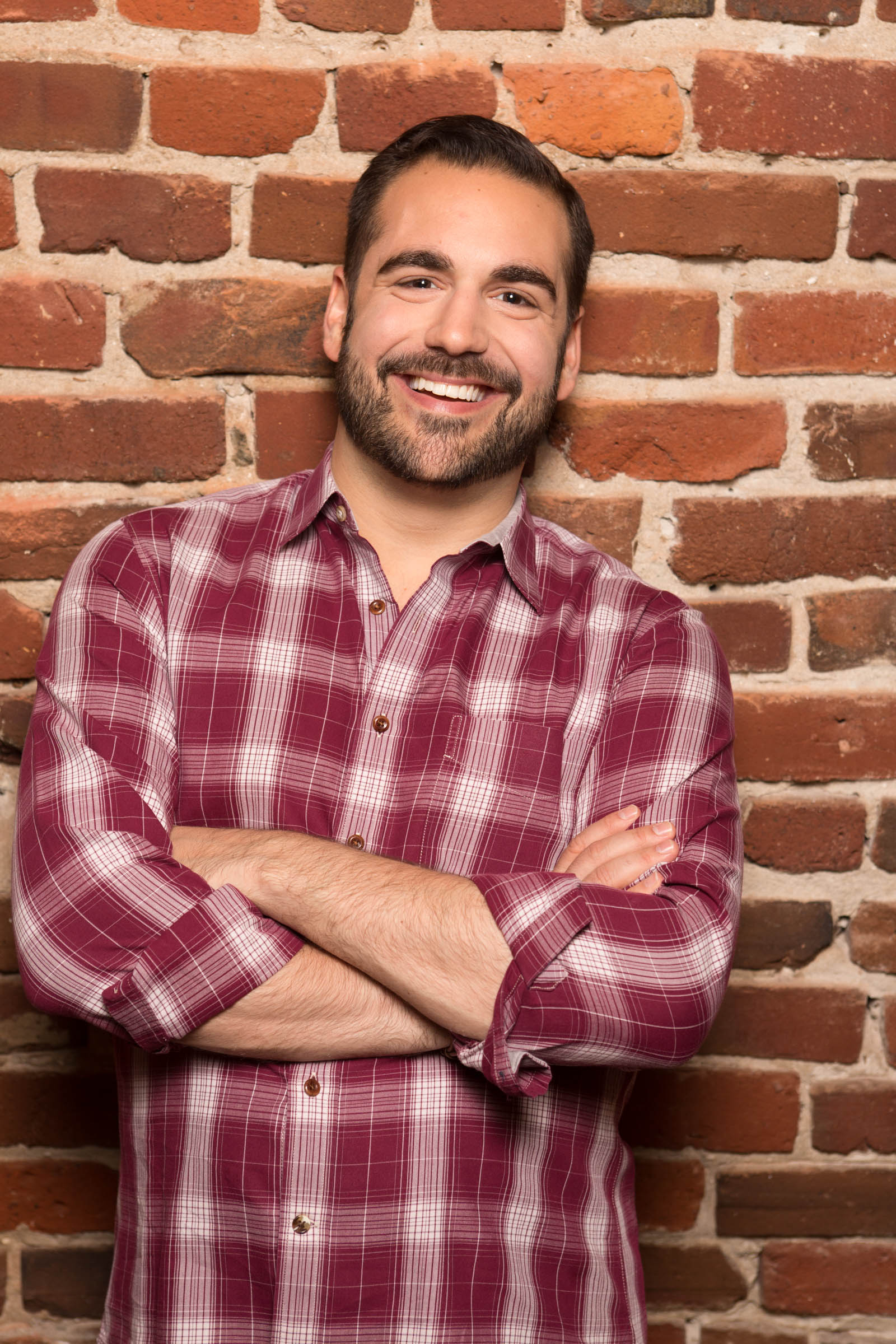 Harrison Greenbaum AB '08 is a comedian and writer in NYC. He was the co-founder of the Harvard College Stand-Up Comic Society, and can be seen on America's Got Talent, Last Comic Standing, Conan, Comedy Central, ABC, and much more.

Q. You’re a popular stand-up comic, so I imagine before the pandemic, you were touring a lot. So let me get right to it: how did you adjust after the pandemic shut everything down?

A. Before the pandemic, I was averaging about 600 shows a year, touring all over the world, so as soon as the lockdown started back in March, I immediately pivoted everything to virtual and livestreaming so I could keep performing.  By the 2nd or 3rd week in March, I was hosting three different shows, five days a week: National Lampoon Live! with Harrison Greenbaum (raising money for the COVID Foundation), Who Books That? (an interview series presented by the International Brotherhood of Magicians), and SCAM Online (the first weekly magic livestream show from NYC).  I learned A LOT very quickly and – between these three shows and all the private events I’ve been doing – I’ve been able to perform for more than a million people in the last 10 months.  It’s been insane.  At this point, my living room is a TV studio capable of a TV-broadcast quality, three-camera shoot, so I’m just grateful I can still connect with a wide audience.  I’m having a blast doing virtual shows, especially since it combines the benefits of being on TV (being able to reach a large, global audience directly in their homes) with the benefits of performing live (being able to directly interact with the audience and to have their reactions immediately impact the show) – all of that, and I don’t have to be more than 20 steps from my couch.

Q. Alright, take me back to the beginning: how did you know you wanted to get into comedy? Can you explain the journey from the first light bulbs, to light pursuit, to now?

A. I started out doing magic when I was about five years old.  It just stuck.  I loved every aspect of it and, as I got older, I realized I especially liked the parts of the tricks that made people laugh.  I went to Magic Camp when I was 14 years old, because obviously I was very dedicated to not ever getting laid.  In all seriousness though, Tannen’s Magic Camp changed my life and exposed me to so many different kinds of performers, including the funny ones, who became my heroes.  When I got to Harvard, I was invited to do a stand-up show and, even though I’d never done stand-up before, I figured, “Why not?”  As soon as I did that first show, I was immediately hooked.  Harvard was such an important part of me becoming a comedian.  (Don’t tell my parents.)

Q. How did your time at Harvard play into that story? Can you give any (hilarious) anecdotes about your time there on your journey?

A. I’m so glad you qualified “anecdote” with “hilarious” – as a professional comedian, so many of my stories are real tear-jerkers… The summer of my freshman year at Harvard, I interned for MAD Magazine and started doing stand-up around the city (mostly getting on stage by “barking,” which means I stood on the corner, handing out flyers to try to get people to buy tickets to the show in exchange for stage time); when I got back, I realized that the only way to really get up on stage as much as possible while on campus was to start a club, so by my junior year, I was handing in the paperwork to make the Harvard Stand-Up Comic Society an official student organization.  I made sure to write out the full name every time on all the forms with the hope that the administration wouldn’t figure out that the name of the club was actually “Harvard SUCS.”  A few days later, I got an e-mail from the Dean’s Office about the application, asking me to come to the office, so I was worried we’d been caught; at the meeting, the dean started off by telling me that the name wasn’t acceptable, so I was sure we’d been caught.  But then he explained that, since the group was undergraduate-focused, I’d have to change the name to the Harvard College Stand-Up Comic Society… and I realized they hadn’t worked out what we’d done at all!  I don’t think I ever turned around paperwork faster in my life.  In fact, the university didn’t realize they had approved a student group called “Harvard College SUCS” until we wanted to get sweatshirts and applied to the Trademark Office, which was when I finally received another e-mail from the Dean’s Office chiding us (but letting us keep the name).  Years later, at my 5 Year Reunion, the dean who called me in pulled me to the side and told me that – while officially they had to be upset with us – internally they had actually thought it was one of the funniest stunts that had ever been successfully pulled on them.  I’m proud of that, and also really, really proud of the fact that HCSUCS is still going strong and still ruining the lives of students who decide to throw away all the advantages of a Harvard degree and become comedians.

Oh, and Harvardwood.  I did the Harvardwood winter break trip.  I should probably mention that, huh?

Q. Now that you’ve brought it up… tell me how Harvardwood influenced your career.

A. I had such a blast going to Los Angeles with Harvardwood my senior year.  Legitimately life-changing.  I remember Dan O’Keefe met me for coffee and still – to this day – I can’t believe how insane that a writer like that (he’s the guy behind the Festivus episode of Seinfeld, for God’s sake!) to listen to a college senior blab on and on about his dreams at a Coffee Bean.  (Of course it was a Coffee Bean.)

Need a job? Find out how to get one.
Studying? Hear what Harrison Greenbaum's learned from his time at Harvard.
Graduating? Find out how to do the three things you gotta do before you leave.

In this On Harvard Time exclusiver, Correspondent Harrison Greenbaum finds out what Lena Chen of "Sex and the Ivy" and Janie Fredell of True Love Revolution really believe about premarital sex.