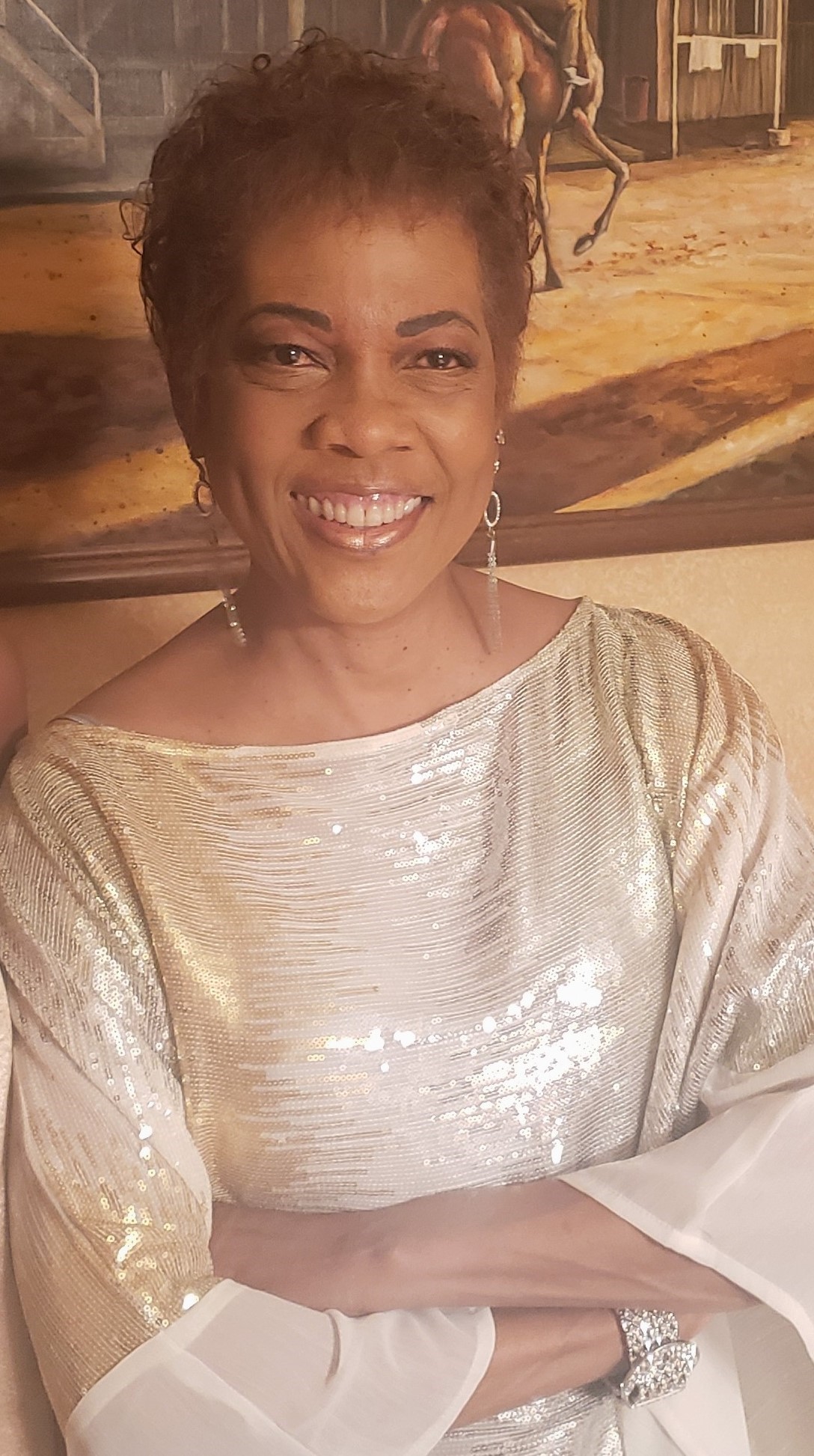 Donna Brown Guillaume was brought up all over the world. “My dad was in the Air Force so we moved a lot.” After a five-year stint in Minnesota, the family relocated to Brooklyn, New York. “It was my last two years of high school, a very tough time to transfer schools. Going from a school with eighty-eight kids in my grade to one with five thousand kids in grades 9-12—that was some serious culture shock.”

Soon after, a critical chapter in Donna Brown Guillaume’s life and in the life of the nation began. “The assassinations of Martin Luther King and Robert Kennedy, anti-War protests, the DNC convention beatings, anti-apartheid demonstrations--I can’t overstate how important the year 1968 was,” she recalls.

“During my junior year, I went to a college recruiting fair in Manhattan. All the Harvard-Radcliffe recruiters were Black students just a couple of years older than I.  A Radcliffe student from the class of 1971 told me about all the exciting things they were doing. She was so cool and made such an impression that I decided ‘I want to go where she goes.’ I loved the idea of connecting with a community that looked like me. I started college in 1969 when Black Studies departments were being formed and consciousness-raising was happening on campuses across the country.

“While on campus from 1969-1973, I marched and picketed. I was in the African dance troupe and in AFRO, the Black student group--we had a high level of anti-apartheid consciousness. I was also a cheerleader for the basketball team: ten of us created an all-Black squad that wasn’t Harvard-sanctioned so we made our own uniforms. I also taught at a preschool in Roxbury.

“My college years were transformational. I had a slammin’ group of classmates, many of whom became influential in their spheres. At our 40th reunion we formed ClassActHR73.org, (Achieving Change Together), an initiative of Harvard-Radcliffe Class of ’73 alumni who aim to help solve local, national, and international problems by creating and supporting positive change. We’re still activists who want to make a difference.”

Donna moved to Los Angeles in 1977 and worked on a community newspaper supported by an anti-poverty program. When its grant ran out, she went to work at the local Channel 2 newsroom and then at CBS’ network news bureau.  “Working at CBS network news was heady stuff to me. I could be sitting in the newsroom and Mike Wallace or Ed Bradley (from 60 Minutes) would walk in. Our bureau covered Alaska, Hawaii and all the Western states. I was young and single so I didn’t mind working on the weekends, and sometimes I filled in as weekend assignment editor.  I’d send out correspondents from L.A. to cover breaking news anywhere in the region. I also started writing and producing Newsbreak, a one-minute news broadcast that CBS aired before the start of the 9:00 pm show.”

After about a year, Donna returned to the local CBS station as an associate producer on the magazine show Two on the Town.

“A lot of the stories were entertainment-based, and many involved travel. I went to Zimbabwe, Mexico, and in Tahiti spent a day with Marlon Brando.  It was an incredible job. I interviewed Aretha Franklin, Quincy Jones, Henry Mancini and a lot of other artists.

“Sometimes I could pitch stories with more of an edge. I pitched a story about the KKK in Southern California, and had a close phone relationship with a KKK grand dragon—of course, he didn’t know I was Black. When it came time for the on-camera interview, a white colleague went instead--like in the movie Black KKKlansman.

“I also did a half-hour, Emmy-nominated documentary on Martin Luther King; the host was Robert Guillaume, the man who was to become my husband. Robert opened other doors that I wanted to walk through.

In terms of her overall work, Guillaume says she’s probably most proud of Happily Ever: Fairy Tales for Every Child. “Meryl Marshall and I pitched and sold it to HBO then oversaw it throughout as the executive producers.

“Most fairy tales we know are from the European children’s storytelling canon but the themes are transferrable and universal. We adapted the tales then cast them to give them cultural diversity so all children can relate to them.  For example, Rosie Perez was Robinita Hood.

“It was great working with wonderful talent like Rosie, Danny Glover, Denzel Washington, Whoopi Goldberg, Alfre Woodard, Blair Underwood, Jimmy Smits, B.D. Wong, Buffy St. Marie and so many more. We went on the air in 1995 and those thirty-nine animated episodes are still running on HBO.”

Currently, Guillaume is a consulting producer on Eureka!, a musical animated series coming to Disney Junior in June 2022. Ruth Righi (Disney Channel's Sydney to the Max) has the lead role of a talented young inventor living in a fantastical prehistoric world; the voice cast also includes Renée Elise Goldsberry (Hamilton) and Lil Rel Howery (Get Out) as Eureka’s parents and Javier Muñoz (another Hamilton alum), as her teacher.

“Part of my job is to go through scripts and flag anything that strikes me as culturally inaccurate,” Guillaume says. For a show about a girl who helps others learn to see the world from different perspectives, that seems just what’s needed.