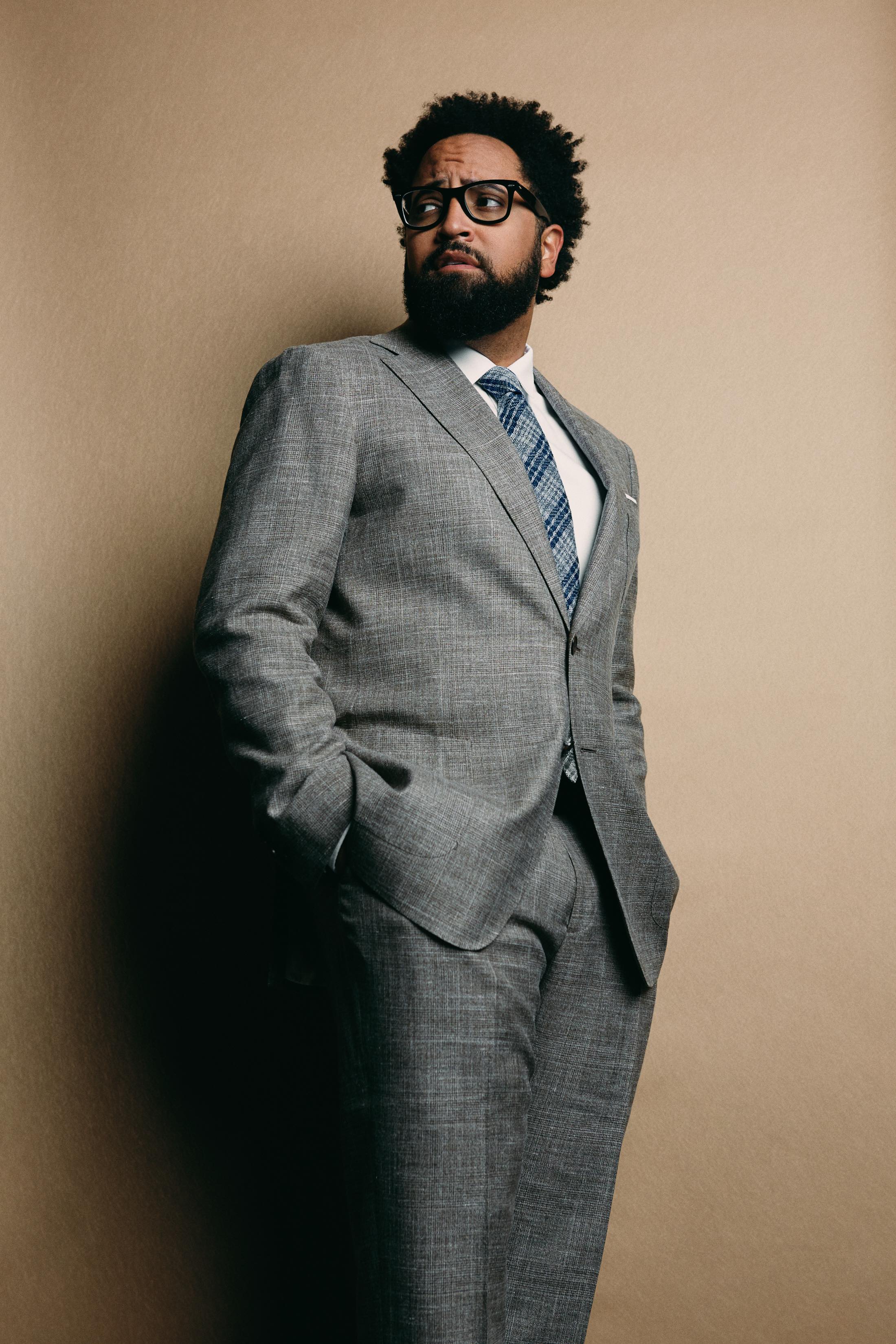 Diallo Riddle AB '97 is a writer, producer, and actor, currently appearing on NBC’s Marlon alongside titular star Marlon Wayans. He has also had recurring roles on Silicon Valley and Rise. His writing credits include Chocolate News, Late Night with Jimmy Fallon, The Last O.G., and The Maya Rudolph Show; he has also developed two original pilots for HBO. Riddle is the co-creator (with Bashir Salahuddin AB '98) of Sherman’s Showcase, a musical sketch comedy series that will premiere on IFC in 2019. Photos by Leslie Alejandro Photography.

Q. What was your Harvard experience like? Did you always know you wanted to be a writer?

A. There were parts about being there that I absolutely loved. Everything that I did before Harvard truly was childhood. As much as I succeeded academically growing up, I don’t think I really grew until Harvard. I did the radio station, the Harvard Black Register, and gave tours. Freshman year, I played in the band and served on the undergraduate council. I campaigned on how to pronounce my name. All my posters said “Diallo: it’s like Diablo without the b.” That was a winning slogan.

But I’m kind of a weather wuss. Both Harvard and New York were hard for me. I didn’t figure out that I wanted to be a writer until much later.

"Bashir and I started off as friends, and now we barely talk,” says Diallo Riddle ‘97.

Since their time together at Harvard, Diallo and Bashir Salahuddin ’98 have been close friends and artistic collaborators as writers, actors, and—most importantly—content generators. They are currently writers for LATE NIGHT WITH JIMMY FALLON on NBC, but even the name of their production company, PAPER PLANES, reveals that Riddle and Salahuddin are making a name for themselves by intelligently branding their distinct comedic style.