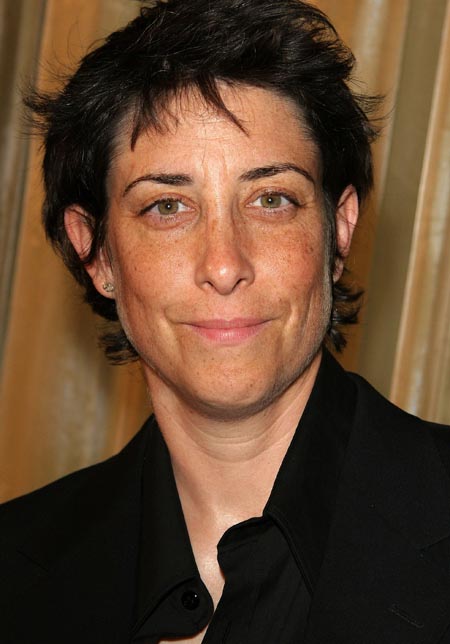 When I asked Carolyn Strauss AB ’85 about her proudest career moment, I could hear her smile through the phone. “I’m the worst at answering that kind of question. I don’t know!” she laughed. “I love when stuff that I love gets recognized, I think that’s always great… and when you have a show that’s very difficult to do, and then you turn it around. And it’s not me turning it around but the group involved… I think that’s always a really satisfying moment and something I’m always proud of.”

Her humble nature shone through the entire interview. She continuously emphasized the contributions of the artists she’s worked with and made sure to emphasize how fortunate she feels to have her career – which includes 34 years with HBO, being an executive producer on shows like Game of Thrones and Chernobyl (for which she has won five Primetime Emmy Awards), as well as the upcoming TV adaptation of the popular video game The Last of Us.

Coming out of Harvard with a degree in History and Literature, Strauss had no idea she would end up where she is today. In fact, going into entertainment wasn’t even on her radar. “I was trying to figure out, after I graduated, what I was going to do,” she told me. “Maybe I’d apply to law school or whatever. And then I got [a temp job]. And I liked it!”

For a time, she temped for several different workplaces in financing, marketing, publicity, and other areas. Eventually, she found her way to being a temp in the documentaries department at HBO in 1986. In her charming and enthusiastic way, Strauss exclaimed that at HBO, “The people who worked there were really impressive to me, and smart, and it was stimulating… I just thought, this place is kind of cool!”

Strauss’s time at HBO has clearly worked out well for her. She started with a temp job, and clearly liked it there. She moved on to become Senior Vice President for original programming in 1999 and Executive Vice President for the same department in 2002. Just two years later, she assumed the position of HBO Entertainment President before segueing to a producing deal in 2008.

Strauss’s career is the stuff of legend. She has both green-lit and developed some of the most successful shows on television, including Sex and the City, The Sopranos, Six Feet Under, Deadwood and its film continuation (which was nominated for a Primetime Emmy Award), Curb Your Enthusiasm, and The Wire, along with the aforementioned GOT, Chernobyl, and The Last of Us.

But Strauss doesn’t like keeping the focus on herself and took every opportunity to praise her collaborators. “As producers, you don’t write the shows, you don’t direct the shows, you don’t do any of that, but you find the people who do.” She attributes her success to “…being able to hitch my wagon to the stars, you know, being able to find really talented writers who have a voice, who have something to say, and with great directors, and being able to be part of a team that’s really trying to be excellent at what they do, with a lot of attention to detail, and who are really interested in telling compelling stories about complex characters.”