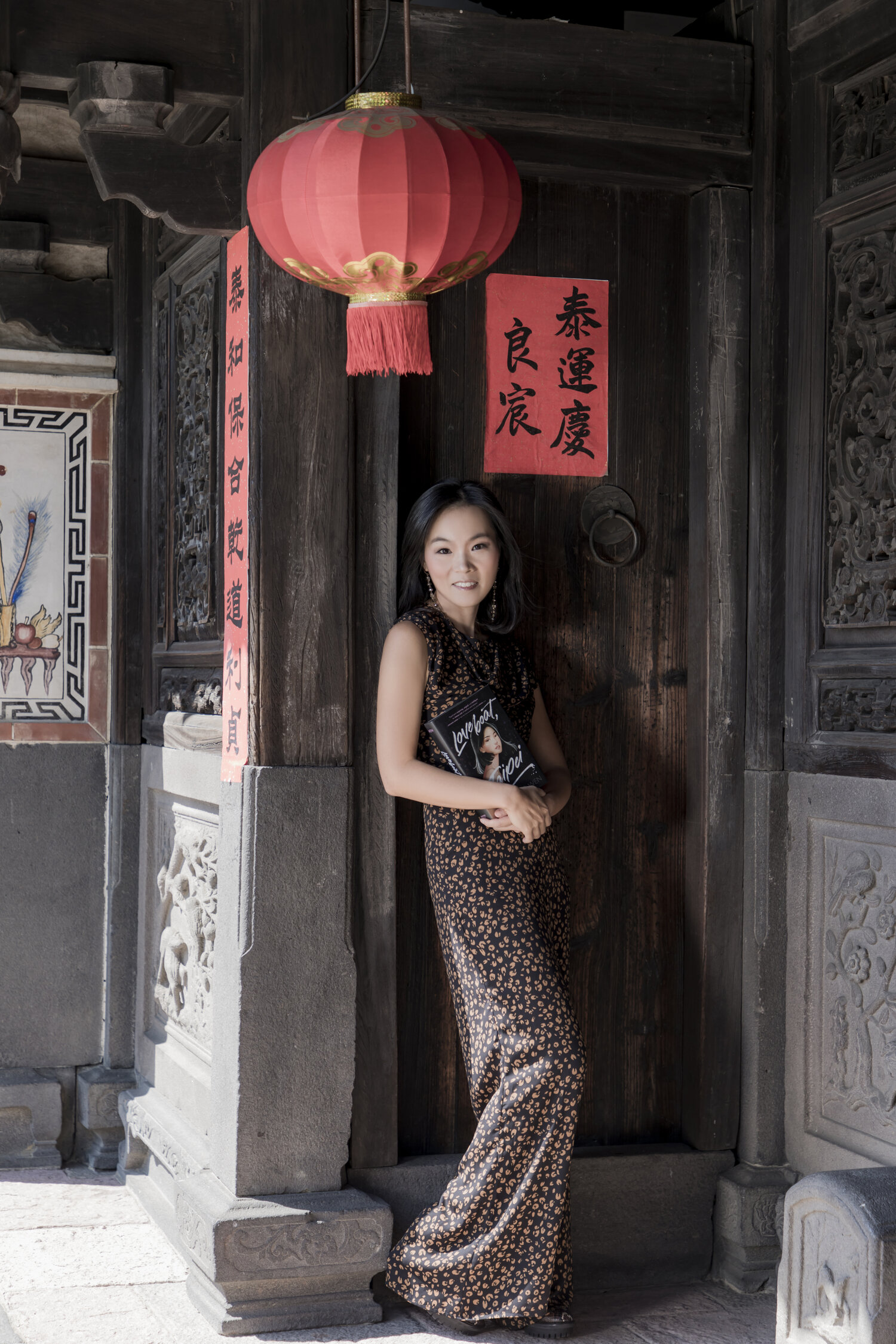 Where are They Now?

We caught up with Abigail Hing Wen (AB ’99) to see what she has been up to since releasing the New York Times best-selling novel, Loveboat, Taipei. The sequel, Loveboat Reunion, will be released by HarperCollins on January 25th. Ms. Hing Wen is executive producing the book-to-film adaptation of the first novel with ACE Entertainment, creators of the Netflix franchise, To All the Boys I’ve Loved Before. She and her work have been profiled in Entertainment Weekly, Forbes, Fortune, Cosmopolitan, NBCNews, Bloomberg, Google Talk and the World Journal, among others.

Q. So much has happened since we profiled you in January 2020. You’re now a  New York Times bestselling author. How does that feel?

A. Oh, boy. It's unbelievable. I wrote in obscurity for 10 years before Loveboat, Taipei was sold to an editor.

When I came out here to Taipei for the shoot and was introduced to the production team in their office, there were about 30 of them sitting around a big conference room table. Someone said, ‘this is Abigail, the author’, and I said, ‘I'm so grateful for all of you’. And then they applauded. That's when I realized how much this movie meant to them. Not only as a cool job, but they were working on a movie about themselves.

That was a huge moment for me because representation has been such an important part of the work that I've done in all my professions. I went to law school because I cared about social justice. I've tried to pursue it in my various avenues; I did work in economic development, microfinance, and venture capital thinking about implicit bias and the under representation of women and minorities, and now I'm addressing it through my stories. To also see the behind-the-scenes jobs that are being created by my book was an incredible moment.

Q. Have alumni of the Loveboat program reached out to you to share their own stories?

A. I actually did this little mini tour before my book came out where I had various Loveboat reunions around the country.  I got to meet all kinds of Loveboat alumni. The earliest back I met was someone who'd gone in the 80s – the program has been around since the 1960s. The most recent was someone from 2013. It was fascinating to meet them. First, it's a very selective program, and the alum are incredible. Second, Loveboat was an opportunity to heal in terms of our understanding of ourselves as people between cultures. A lot of us had grown up without many Asian Americans and being made fun of or seeing our parents discriminated against. There was a lot of pain that came with that. By going on a program like Loveboat, you got a chance to meet other Asian Americans.

And for me, you know, this is something I wrote about in the book — that opportunity to just have that cultural experience was incredible. I think that healed us and made us stronger people, and able to bring our full selves to the table. The third aspect was this rebellion piece of Loveboat – it’s known for all these kids seeking out clubbing and really letting loose for the summer. But I think those are important skills to have in corporate America, because it taught us to buck that system a little bit more in a way that was healthy for us to grow as leaders.

Q. How did the project come together?

A. The scouts found my book pretty quickly after my book deal. I had had a number of agents and publishing houses bidding for the book. So it went to auction, it sold for what's called a major deal and there was a lot of buzz around the book. My film manager also shared the book. We talked to a lot of producers, and they presented different visions of it. I ended up choosing Ace Entertainment, the To All the Boys team, because I loved what they’d done with Jenny Han's work. The cinematography was gorgeous and I loved that they kept the Korean American girl character, in a time when main characters like her were still being changed to white because people believed mainstream audiences wouldn’t otherwise connect with them. But Jenny Han stuck to her guns and it proved it right. So that was important to me, to have a team that was willing to do that.

Q. How did it feel adapting your own work for the screen? Did you see it as an opportunity to tell the story slightly differently?

A. I love how every medium is different. One of the criticisms of the book was that it didn't have enough of Taipei. I think that's legitimate. I had to cut out some descriptions because the book is already too long. With the film you can fully show the city itself. I’m also excited to bring out the dance elements of the novel. Ever Wong loves to dance, as I do, and there’s a lot of dancing in the book. I actually danced a lot when I was writing, because it helped me to understand my character, and that is an element that we can also showcase.

Author Abigail Hing Wen AB ’99 is not Catholic, but the one time she observed Lent she gave up Fantasy books, just to see what it was like. She missed them. She came right back.

When it comes to storytelling, Wen knows that she’s “pretty obsessed.” It shows: on top of her thriving full-time tech law career, her debut novel, Loveboat, Taipei, comes out on January 7th.

Wen did not expect to end up a writer. At Harvard, she started as a chemistry concentrator before switching to government. Yet it was obvious, even in college, she loved stories: one time her roommate interrupted her raving about Harry Potter to admit, “I don’t love it as much as you do.” It was the first time someone had reflected her devotion to fantasy back to her. “I realized, okay, I guess I am really obsessed.”