Cost:  $15 per person for Harvardwood members and Friends of Harvardwood (and their guests)

The August Strindberg Repertory Theater has invited Harvardwood members and their guests to their new production of Strindberg's rarely seen masterpiece KRISTINA, followed by a reception with ASRT Artistic Director Robert Greer and cast members (including the show's star Ivette Dument) over a sampling of Swedish Aquavit. 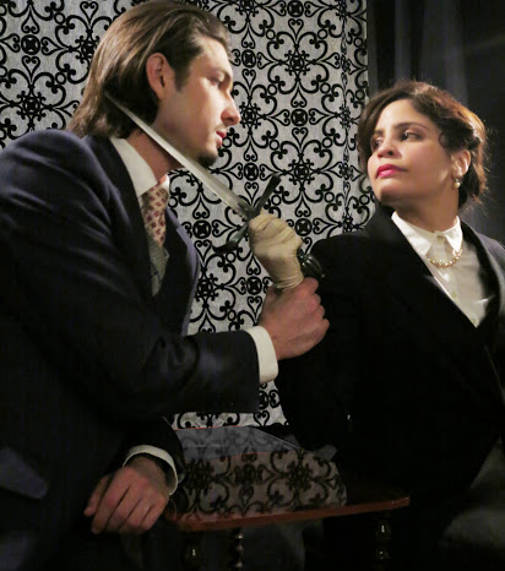 Written in 1903, KRISTINA tells the story of Sweden's Queen Christina.  In the events leading up to her abdication, she struggles with old lovers and former mentors as the net of her own making tightens around her.  This production uses a new adaptation by Wendy Weckworth and is directed by Whitney Aronson.

Tickets can also be purchased by phoning Smartix at (212) 868-4444 and using the discount code HRWD15.  The discount is valid for all performances, but the March 20 performance is the only one with the Harvardwood Aquavit reception after the show.

If you are buying tickets, PLEASE ALSO RSVP with Harvardwood so that we can put you on the list for the post-performance reception.