Harvardwood Presents Mike Reiss on SPRINGFIELD CONFIDENTIAL: A Lifetime Writing for The Simpsons [SOLD OUT]

When Mike Reiss AB '81 was asked to write for a new animated sitcom called The Simpsons, he was less than enthusiastic. There hadn’t been a cartoon in prime time since The Flintstones, a generation before, and nobody thought that would work. Still, Mike had been a fan of Simpsons creator Matt Groening and executive producer Sam Simon for years, so he took on the gig, treating it as one 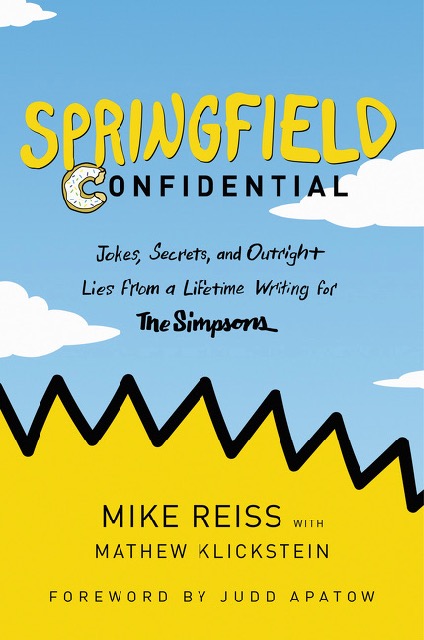 would a summer job (not very seriously). The day before The Simpsons premiered in December 1989, Mike was sitting in the trailer with the other writers when he asked the question that was on everyone’s minds: “How long do you think this show will last?” Every writer had the same answer. Six weeks. Only Sam Simon was optimistic. “I think it will last thirteen weeks,” he said. “But don’t worry. No one will ever see it. It won’t hurt your career.”

Sam was right about one thing—no one’s career was hurt. Now a four-time Emmy winner, Mike Reiss is one of the few writers, producers and showrunners to have worked on the series since its very first episode. And in this, The Simpsons’ 30th anniversary year, there are few better suited to give an inside look at the making of one of the most famous shows in television history.

Now Mike has written a new book, SPRINGFIELD CONFIDENTIAL: Jokes, Secrets, and Outright Lies from a Lifetime Writing for The Simpsons, telling how The Simpsons came to be America's most iconic cartoon family.  He explains how the episodes are created and provides an inside look at the show's writers, animators, actors, and celebrity guests. 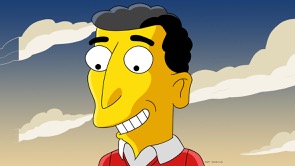 Mike Reiss has won four Emmys and a Peabody Award during his almost 3 decades writing for The Simpsons.  He ran the show in Season 4, which Entertainment Weekly called "the greatest season of the greatest show in history."  In 2006, he recieved a Lifetime Achievement Award from the Animation Writers Caucus.  In addition, he has written jokes for such comedy legends as Johnny Carson, Joan Rivers, Gary Shandling . . . and Pope Francis!  For his comedic contributions to the charitable group Joke with the Pope in 2016, Pope Francis declared Mike Reiss "A Missionary of Joy".

Mike Reiss's book will be available for purchase, and a booksigning will follow the talk.