On the evening of May 13th, attend an intimate conversation with Adam Wolman, AB '88, a former current & development executive at ABC and MTV who co-ran the Disney-ABC Writing and Directing Programs. These days Adam is a documentary producer, creative consultant, and Harvardwood board member to boot!

Interested in learning what network execs are really thinking about when you're pitching, about his time at HBO Digital, or any insights he may have from being married to a showrunner? Sign up now! 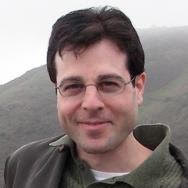 Adam consults for companies and individuals creating content for all media. Comedy, drama, reality, documentary — name the format and Adam's tried to be of service in helping tell a compelling story. Sometimes this turns out great and other times meh, but so far, happily, nothing he's worked on has been a total disaster.

In his first outing as a documentarian, Adam recently produced and co-wrote Tested, a film about the controversy over diversity at NYC's specialized high schools (Stuyvesant, Bronx Science, Brooklyn Tech). The film premiered at DOC NYC and was named one of the best of the fest by the Village Voice, then screened at the White House. Unfortunately the screening did not convince our then-president to ignore the 22nd Amendment and run for a third term, so here we are.

As the #2 exec at HBO Digital, Adam developed short-form series for HBO’s digital platforms. As Executive Consultant, Disney/ABC Television Group, he was brought on to help launch ABC’s award-winning Micro-Mini Series; the position was expanded to include sharing oversight of the Disney/ABC Writing and Directing Fellowships and other programs designed to find and mentor diverse talent. Previously, Adam was VP, Original Series, Current and Development for MTV, where he was exec in charge of production on several series. He also served at ABC Entertainment as Director, Comedy Series Programming, and as Program Analyst at CBS Productions despite his childhood fear, still simmering today, of the CBS eye logo.

Before moving to L.A., Adam worked as an independent producer in Boston and in Massachusetts politics as a lobbyist and speechwriter for Mass Citizen Action. At Harvard he was a WHRB radio news editor/anchor who sometimes got to partner with the far-more-talented Scott Horsley, now NPR's White House correspondent. Adam sang in the Glee Club and with the Din & Tonics. He also acted in a couple of shows, including that Hasty Pudding thing, before exiting stage left with a degree in Linguistics and Psychology.

Back to the future: These days Adam still sings, tries to fight the power as VP Communications for the Pali Dem Club, co-chairs Human Rights Watch L.A.'s film club committee, and lives more or less harmoniously with his TV writer/producer wife Eileen Heisler and their twin boys and their two cats.

2) Complete this brief interest form so we can learn more about you and your interest in attending this event. Please log in to access the form. The deadline for the interest form is May 5, 2020. THIS EVENT IS AT CAPACITY, AND WE ARE NO LONGER ACCEPTING INTEREST FORMS AT THIS TIME.