Join us for an exclusive screening of Playing Through, a new film about the legendary golfer Ann Gregory. The screening will be shared via live-stream from the Martha’s Vineyard African-American Film Festival (MVAAFF) on Monday, August 8th at 5pm ET (2pm PT), where we'll be joined by the film's screenwriter and former Princeton rowing coach, Curtis Jordan, along with the film's two leads, Andia Winslow who plays Gregory and was herself a pro golfer, and co-star, Julia Rae who stars as Gregory’s opponent, Babs.

(On August 16, join us for a lively virtual panel discussion with Jordan, Winslow, and Rae who will discuss the process of creating a film in the midst of a pandemic and stretching the bounds of their diverse creative and professional skill sets to telling Ann Gregory’s story.) 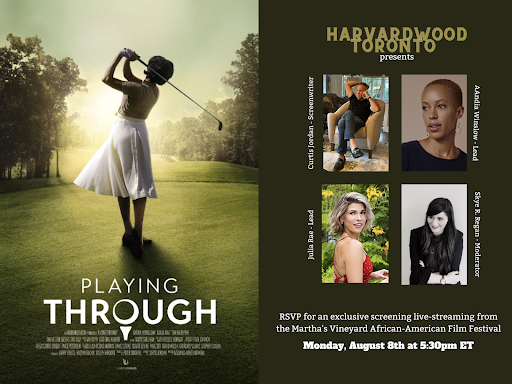 About the film:
Playing Through is a feature-length fictional film honoring the life and legacy of Ann Gregory, a pioneering female athlete and civil rights advocate. The movie is a fictionalized account inspired by actual events and people. The impact and achievements of Ann Gregory are very real. Learn more about the film here:
https://playingthroughthemovie.com/

Playing Through is proud to announce that it has been nominated for the 2022 MVAAFF HBO Max best feature film. If you’re attending this year’s festival and want to view in-person, scan the QR code below to get your tickets today! 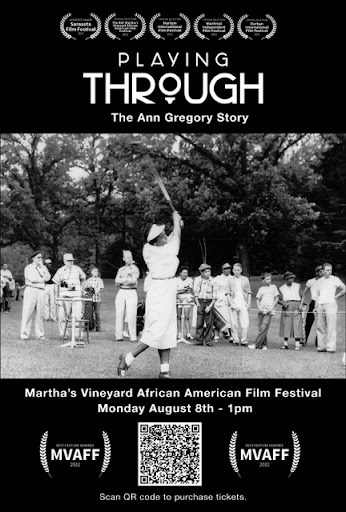