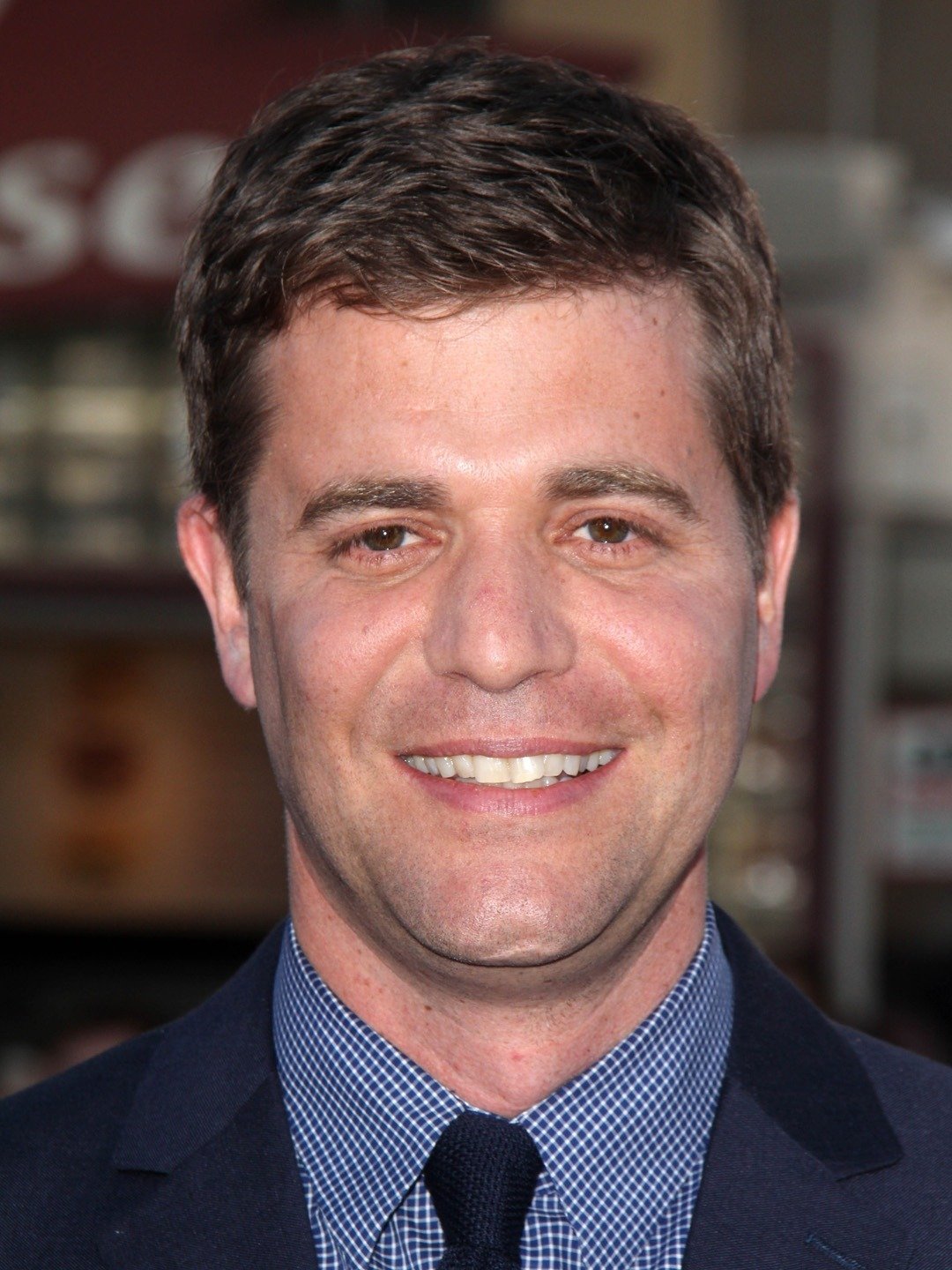 A blockbuster romantic comedy that tells the heartwarming and sentimental tale of strangers to friends to lovers… we’ve seen that before. But have you ever seen one featuring a gay couple? The answer is no. That is, until Nicholas Stoller reached out to Billy Eichner with his idea: write the first ever romcom about a same sex couple, and feature an almost entirely LGBTQ+ cast. Groundbreaking and finally, five years after their first conversation about it, a reality.

Bros hit theaters September 30th. But the journey to making this revolutionary film did in fact begin five years ago, when Nicholas realized Billy Eichner was just the man to make it happen. “My career’s been building movies and comedies around talent; I worked with Billy on Neighbors 2 and Friends From College and he was hysterical,” Nicholas says. “He’s a proper movie star.” So, Nicholas reached out to Billy and asked him if he’d be interested in writing and starring in a romcom with another guy. Nicholas identifies as straight, so he knew he wasn’t the best choice to actually write the film. But he was determined to make it happen. “It’s something I have wondered for years, why there hasn’t been a super funny, big studio, R-rated gay romcom,” Nicholas states. “They tend to be tragedies, or they were made a long time ago.” So, Nicholas took it upon himself to fill that glaring hole in the romcom canon.

The reason for this is likely because romcom is Nicholas’s favorite film genre. “I like all movies. I love seeing movies,” Nicholas explains. “I make a specific kind of movie. [Romantic comedy] is the most human of genres, just two people talking for two hours. You’re relying on the acting, and ‘Is this a real situation I believe?’” The believability of a romcom is what makes it relatable to the audience, that along with specificity. “I find with comedy, the more honest you are, the funnier and the more specific you are, the more relatable [it is],” Nicholas notes. He loves what he calls “the magic trick of having people laughing and then slowly crying.” That’s the key to a good romcom - it has to make people cry, Nicholas states. “If not, the movie’s not hitting you in the heart.” Romantic comedies keep a careful and well-calculated balance of escapism and fantasy, but also relatability. Add a happy ending, as long as it’s honest to the rest of the film, and that’s an effective romcom. “Humans like to watch humans do humans,” Nicholas concludes.

According to Collider, “Bros manages to both present how queer relationships are wholly different from straight relationships, but also how when it comes to romcoms, love actually is love is love”. In terms of writing this story, Nicholas confirms that it’s much more Billy’s story than his. However, this didn't mean he had to change the way he approaches the filmmaking process. His philosophy with all movies is primarily based on making sure the film and the content it’s depicting are honest representations. The only way to do that is interview people, talk with them about their experiences, and make sure what’s going up on screen is genuine, relatable, and emotional. “It’s about a community and learning about that community,” Nicholas says. “And we’ve tested it on all kinds of audiences, and everyone finds it funny.” Which demonstrates that this approach to making Bros has been both authentic and successful. 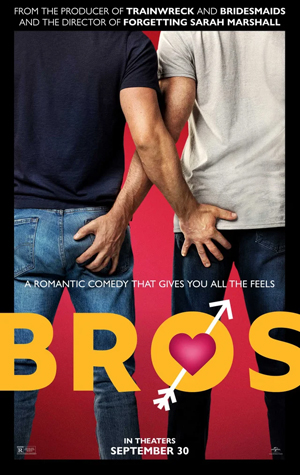 Nicholas has had a wide-ranging career, from Forgetting Sarah Marshall to The Muppets to Stork to Bros. Over the years, he’s shifted seamlessly between writer and director, and he feels he’s grown along the way. “I’m more confident visually now,” Nicholas reflects. “I started as a writer and I would think more about dialogue and story, and now I try to think with imagery. Movies are images, first and foremost. If you can watch a movie with the sound off and it makes sense, you’ve succeeded.” When asked whether he preferred writing or directing, Nicholas explains, “I love writing for someone else and giving it to someone else. But directing is the most creatively fulfilling. It’s the entire cinematic creative experience.” Essentially, the stakes are higher with directing: “A director is in charge of everything [from] start to finish, and therefore it’s the most stressful, because if it’s bad, it’s your fault,” Nicholas laughs.

Attending Harvard for undergrad was a huge influence in Nicholas’s creative path. “It was a huge deal. IGP and the Lampoon were huge forces in my creative development and career,” Nicholas confirms. “When I was younger, I started reading Dave Barry, a comedy newspaper writer. I made silly movies with my friends and wrote sketches. Then, I started a satire magazine in high school. When I got to Harvard, the Lampoon taught me a lot about writing and how to write for a style that wasn’t exactly my style. Improv taught me a lot about directing, because as a director, you’re thinking on your feet all the time. Being flexible, pitching jokes all the time. Being able to figure out the joke on the set, trusting your instincts, riffing with the actors. If I hadn’t done improv in college…” He trails off, but the big takeaway is clear: Harvard helped encourage his creative development in a pretty unique and impactful way.

Over the years, Nicholas has of course picked up wisdom along the way. His biggest piece of advice for aspiring writers and directors? “Watch everything. Watch old movies, new movies, watch all the TV stuff. Watch classic stuff, it’s really cool to sit down and watch stuff from the same director. Write, and write, and write. You will write a bunch of bad scripts, but you will learn. None of it is wasted time,” he emphasizes. “My process is I write a fast draft, a ‘vomit draft.’ Outlining the draft, and then re-outlining it. Putting it up on cards. Listening to notes. The final thing I’d do is, whatever genre you’re in, pick the best movie [from that genre], for example, When Harry Met Sally. Watch it with a notebook and write down everything that happens in every scene. When Harry Met Sally is the tightest movie ever made,” Nicholas states.

In conclusion, Nicholas reminds us of one of the most important things about being a comedic director and a creative is listening to the audience's response. “The audience is smart, and they won’t laugh if it’s not relatable. I try hard to listen to everyone and not think I know everything,” Nicholas states. “I’m really proud of Bros. We worked on it for so many years. It should have existed so many years ago.”

Nicholas Stoller AB '98 is a screenwriter, director and producer known for Forgetting Sarah Marshall, The Muppets, Neighbors, and more. His most recent feature film, Bros, opened nationwide in theaters on September 30.