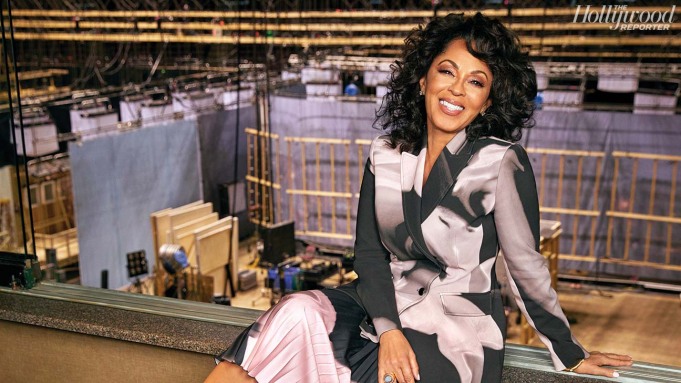 Debra Martin Chase has always been an avid lover of movies and television. Though Chase didn’t initially know how to enter the elusive world of entertainment, doing so was always the dream for her.

Chase studied political science at Mount Holyoke College and later attended Harvard Law School. While she was at HLS, Chase would visit revival theaters in Harvard Square in between study sessions at the library. Through watching old French movies and Hollywood classics at the theaters, Chase continued to nurture her creative interests and passions as a student. After graduating from HLS in 1981, Chase went on to practice corporate law until she had an epiphany.

“I realized,” Chase said, “this is not what I want to do for the rest of my life. And I wanted to see if I could make the dream come true.”

Chase decided to change careers and spent a year researching the film and television industry as well as the various roles within it to identify the specific aspect of the business she wanted to be a part of. Chase gained admittance into a prestigious two-year executive development program at Columbia Pictures, which presented her the opportunity to learn more about the industry from within. While in the program, Chase met the chairman of Columbia Pictures and became his executive assistant.

As an executive assistant, Chase polished her skills on how to develop scripts, find property, and produce. While her first few years in the industry were difficult at times, Chase says, “I was guided by my love for storytelling, and I just worked really hard to learn the job.” Her experience as an executive assistant was particularly invaluable as she was able to follow her boss into meetings, read scripts for him, and ask questions.

Chase soon joined the creative staff at Columbia. While walking across the Columbia lot one day, she saw Denzel Washington and took the chance to introduce herself to him. At the time, Washington was looking for someone to run his production company, Mundy Lane Entertainment, and soon offered her the role about a week later. Chase’s decision to join Washington’s company reflected her motivation for entering the entertainment industry in the first place.

“I got into this business to tell different stories about people of color and women that had not been told prior to that,” Chase shares. “For me, it’s just really about finding stories that I’m passionate about, that inspire people, and that deserve to be told.” Chase specifically gravitates towards stories with positive messages about taking control of one’s destiny and empowering women. While at Mundy Lane, Chase worked on films such as The Pelican Brief and Crimson Tide as well as the Academy Award-nominated and Peabody Award-winning documentary Hank Aaron: Chasing the Dream.

Chase then partnered with Whitney Houston’s Brown House Productions where they produced Cinderella in addition to the first Cheetah Girls and Princess Diaries films. Following the large-scale success of these films, Disney offered Chase the opportunity to create her own production company, which became Martin Chase Productions, and Chase became the first Black woman to have a production deal at a major studio. In the fifteen years that she partnered with Disney, Chase continued producing the Cheetah Girls and Princess Diaries franchises and also produced The Sisterhood of the Traveling Pants and Lemonade Mouth among other films.

At the beginning of Chase’s career, there were no figures in the industry that she looked up to or sought to emulate because there wasn’t anyone who was doing the work that she wanted to do. Finding fresh voices and surrounding herself with a strong team of talent has always been a priority to Chase. She has subsequently launched the career of several actors, writers, and producers, including Shonda Rhimes, who was a former intern of hers and whom Chase offered her first paid writing job.

With the emergence of film and television shows like Scandal, Black Panther, and Chase’s Harriet in the last decade that centered Black narratives and proved that racially diverse stories can be enormously successful, Chase believes that the entertainment industry is moving in the right direction. However, Chase also believes that there needs to be increased representation of people behind the screen. “There need to be even more people of color in decision-making positions at studios and networks,” and, she adds, especially on the feature side.

To aspiring creatives, Chase stresses the importance of honing one’s skills and researching how the film and television businesses work. But, at the end of the day, she emphasizes, “you’ve got to bet on yourself and take a chance. Hopefully, it works out, and if it doesn’t, you learn from your mistakes as much as or sometimes even more than your successes.”

Aissata Bah is a sophomore at Harvard College originally from Atlanta, GA. She is an aspiring television writer majoring in Women, Gender, and Sexuality Studies with a minor in Statistics. She hopes to create stories that specifically center and affirm women of color.