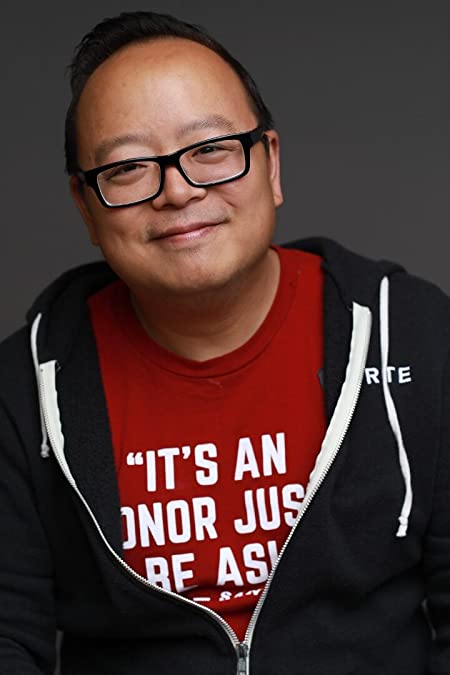 JEFF YANG launched one of the first Asian American national magazines, A. Magazine, in the late 1990s, and is now a frequent contributor to CNN, Quartz, Slate, the New York Times and National Public Radio. He has written/edited three books—Jackie Chan’s New York Times bestselling memoir I Am Jackie Chan, Once Upon a Time in China, and Eastern Standard Time—and three graphic novels, Secret Identities, Shattered andNew Frontiers. His elder son, Hudson Yang, starred as Eddie Huang in ABC's groundbreaking sitcom Fresh Off the Boat. Yang was born in New York and lives in Los Angeles. He holds a bachelor's degree in Psychology from Harvard University and was a Harvard National Scholar with coursework in Asian languages, literature, and civilizations, media studies, and economics.

After graduation, Yang decided to pursue a career in journalism, with a focus on Asian American identity and issues. Early in his career, he grappled with the idea of being pigeonholed as someone who only wrote about these issues. When he would reach out to interview artists and other personalities for A. Magazine, they would often downplay their Asian identities, saying things like “I'm not an Asian American writer. I'm a writer who happens to be Asian American.” This mentality frustrated Yang, who said that these statements felt like “direct assertions that being Asian American was a liability.” Yang purposefully chose to focus on Asian American identity in his reporting, and went on to become a columnist for publications such as Alternate Weekly and the San Francisco Chronicle.

Yang spoke about the importance of collaborating with other Asian Americans on projects such as Angry Asian Man (an Internet blog founded in 2001 with blogger Phil Yu), multiple graphic novels, and his newest book, RISE: A Pop History of Asian America from the Nineties to Now, which comes out in March 2022. “I think that collaboration, intrinsically, is how creativity happens. We are stronger when we come together,” Yang said.

Yang also spoke about how increased anti-Asian hate during the COVID-19 pandemic made him fear for the future of Asian American representation in entertainment and media. “We [Asian Americans] realized that everything that we thought we'd built on, from Fresh Off the Boat to Crazy Rich Asians, to the rise of the Gold Open, was in danger of going away. And we knew how long it took to build all that, and the kind of sweat and sacrifice that it took from predecessors of ours to get us here,” Yang said.

Yang’s desire to document this history was the driving force behind his newest book, RISE: A Pop History of Asian America from the Nineties to Now. The book, co-authored with film director Philip Wang and Phil Yu, comes out in March 2022. Yang emphasized that representing a diversity of Asian American voices in the book was important to him, as well as providing guidance to future generations. “We just said, we need to document this for future generations in case it all has to be rebuilt, in case we have to do it all over again, because we could be all torn down in an instant. That's the early lesson we thought we were getting from this pandemic,” Yang said.

Yang believes there is still progress to be made, especially in terms of uplifting multiracial perspectives and other identities that are underrepresented within the Asian American community. Yang also said that he felt encouraged by the growing numbers of Asian Americans who are involved in politics, and urged more Asian Americans to speak up and become more politically active in their communities.

Despite the setbacks of the COVID-29 pandemic, Yang remains hopeful for the future of Asian American representation. “I feel like we are resilient and stronger than we had feared and bigger than we'd hoped. I'm really looking forward to what happens next for all of us,” Yang said.

Lastly, Yang advised Asian American students to believe in themselves, pursue their goals, and collaborate with others. “Just know that there are people who are out there who are more willing to support and give you a chance than ever before,” Yang said.

RISE: A Pop History of Asian America from the Nineties to Now is available for pre-order.