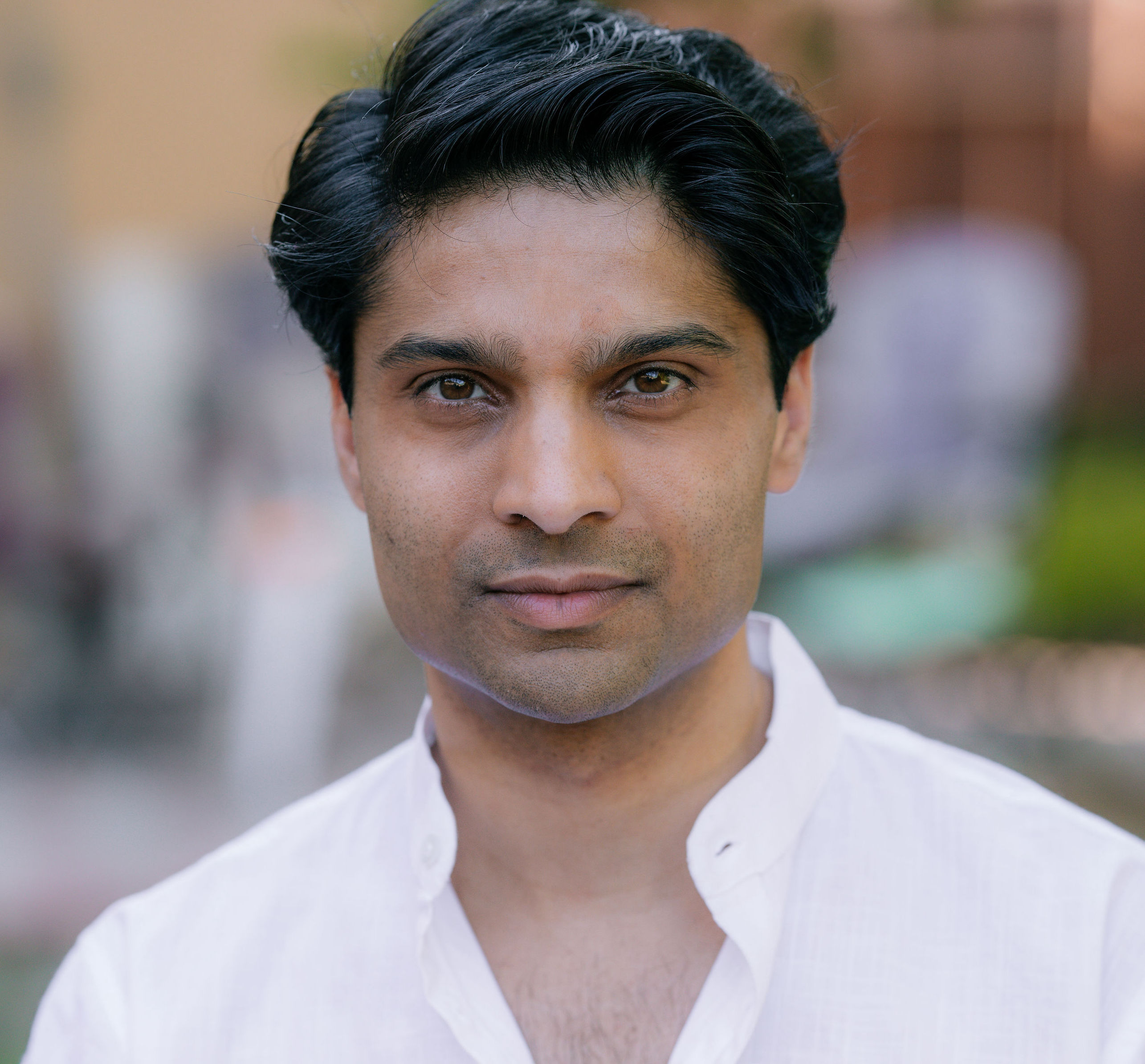 Rupak Ginn is a Los Angeles based, New York raised actor who has appeared off-Broadway as well as in numerous TV shows and films including USA's "Royal Pains," Universal's "The High Note," and "The Stone Witch" off-Broadway. He is also the host of the upcoming food and travel show "Dhabas" for ITVS.

Rupak Ginn was raised in Harlem. The son of immigrants from India, he still marvels at his parents’ courage in “crossing the ocean to this strange new land where they knew no one”. They taught Rupak to work hard, for which he is extremely grateful.

Rupak caught the acting bug in high school, but it flourished once he arrived at Harvard. “I signed up for the Freshman Theater Program as soon as I got to Harvard. But I didn’t think about committing my life to performance until halfway through freshman year when I got my less-than-stellar first report card. I realized then that I had become more obsessed with speaking beautiful words out loud in the theater and trying to understand what makes us humans tick than doing problem sets for my classes. You are what you do, not what you say you do. You can imagine how awkward that first holiday break was when I told my hard-working immigrant parents that I wanted to cast aside the certainty of a respectable job post-Harvard for the precarious life of an artist. But I plunged headfirst anyway, taking all the acting courses I possibly could at the ART, performing as often as possible in undergrad productions, and even auditioning for local shows and commercials in Boston - somewhere out there there’s an ad starring a nineteen-year-old me telling folks to buckle their seatbelts in Spanish!”

After performing in the safe space of Harvard that allowed him to play substantive and multilayered roles, Los Angeles was a rude awakening. Rupak found himself often being slotted as a South Asian American actor into one of two categories: the terrorist or the comedic buffoon. Recent changes due to increased awareness about diversity and inclusion in the industry have made a difference to actors and Rupak feels it is long overdue: “Now we’ve entered this period where brown actors are getting the chance to have a much more significant impact, and it’s very exciting. It’s important that we are given the opportunity to carry shows on our shoulders because the lead actor often provides the gaze for the entire show, and differing perspectives are at the heart of empathy. It’s also good for business since a fresh POV is fascinating to everyone - just look at the run of recent success stories from Korea (Parasite, Squid Game, etc.). For me personally, I have found that writing also gives me a greater hand in sharing my point of view, not just in terms of ethnicity but ideology as well.”

Rupak is a member of a growing cohort of South Asian American creatives including Nisha Ganatra and Sami Khan, who support and challenge each other through their work. “Early on as an actor, I struggled with being fully seen as a 360-degree human in Hollywood. When I became lucky enough to start working with creatives with backgrounds like mine, I loved feeling like I wasn’t the colorful side garnish on a dish; I finally felt like I was permitted to be the main dish itself and encouraged to feel comfortable taking up that deserved space. Storytelling unapologetically while building communities is what I’ve dreamed of since childhood, and it’s what I’ve grown up watching others do. Some of our most well-known creators have told stories related to their own backgrounds and cultural identities and also brought our attention to fellow artists from their community in the process. The Italian American directors Martin Scorsese and Francis Ford Coppola rose alongside Robert De Niro and Al Pacino, who are also both of Italian heritage. Spike Lee and Denzel Washington similarly had some vital early collaborations. My point is that it’s wonderful to have South Asians on all sides of the camera to make our voices heard in their most authentic, nuanced and riveting power.”

Rupak also credited Harvardwood for providing a sense of community along the way as well. “I just need to say that I absolutely love Harvardwood. This organization has provided me with so much support and affection in an industry that can sometimes feel remote and isolating.” 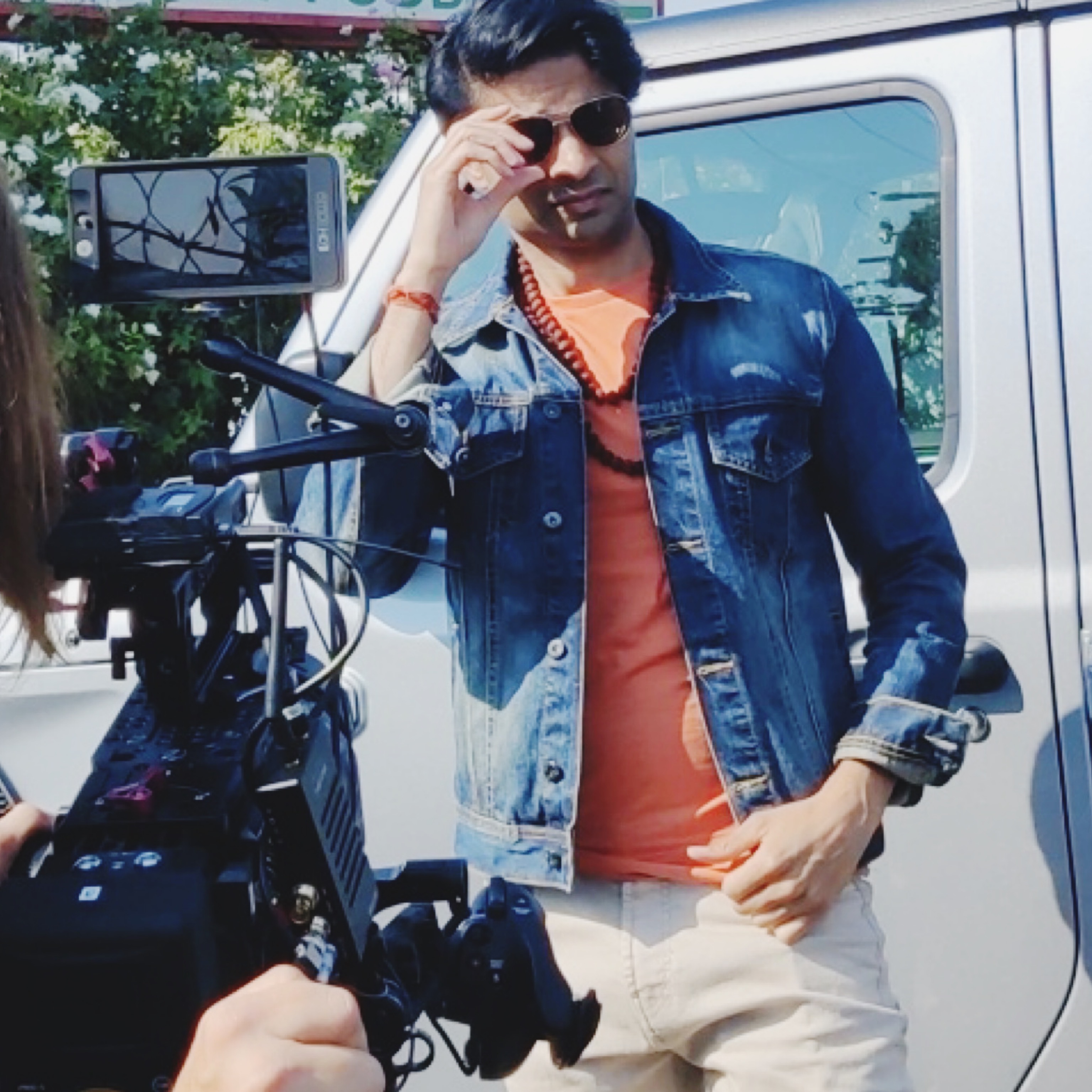 Rupak’s latest project Dhabas, a food and travel series for ITVS, is co-produced with Sami Khan. The two have loved working together since their first feature Khoya, which Khan directed and Rupak starred in, about an adopted Canadian man who travels to India to find his birth family. Dhabas however, is something wholly different, an exploration of the world's best Indian food in the American heartland. “Sami and I have always been fond of vérité style filmmaking that incorporates a journey of exploration and discovery. Add to that the fact that we both love food, and we thought it would be really fun to do a show where I traveled across America meeting and eating with South Asians who’ve taken big risks in immigrating here to set up no-frills food stands called dhabas. In each episode of Dhabas I also invite my South Asian friends from different walks of life like entertainment, academia and business to join me in chowing down as I get to learn about their own uniquely gripping journeys. Particularly because of the level of xenophobia that’s struck the nation recently, we’re traveling to places like Alaska, Mississippi and New Mexico where you might not expect to find thriving South Asian communities and yet there they are. There’s this growing narrative that rural and small-town America are synonymous with hatred, but we aim to flip that script. We have to try - things can’t keep going as they are. The image of a brown man enjoying delicious Indian food in the deep south has a subtle power and a resonance that can reach beyond pettiness.”

Rupak also collaborated with Amar Shah on the screenplay Gas-N-Shop, which won the recent Harvardwood Writers Competition. “My co-writer and longtime friend Amar Shah and I were delightfully surprised when our pilot script Gas-N-Shop received the award. I feel lucky that we are able to explore the touching and humorous story of Amar’s family and their struggle to set up a gas station and convenience store in small-town Florida as they try to make their dreams come true against crazy odds. I feel doubly blessed because the year prior my pilot script for Uprising, set in the 1857 siege of Delhi during the fall of the Mughal empire and the rise of the British Raj, was also honored by Harvardwood. I co-wrote that with my Oscar nominated other brother-in-arts, Sami Khan. Both times the recognition has been helpful, and not just professionally. Knowing that our stories click with people gives me and my collaborators the confidence to keep pushing forward.”

When asked what advice he would give Harvard students today, Rupak answered: “Never give up on your dream but develop enough awareness to realize when you may already be living your dreams in their most basic elements. And keep working on yourself. Especially if you’re a creative, realize that showbiz is not always a straightforward progression of A+B=C. Sometimes it’s B-A=C. There’s also a healthy dose of luck involved, so the best you can do is be prepared to fail more than you’re used to and keep doing the work in all areas from craft to consciousness so that when you do get an opportunity, you’ll be ready. I meditate every day because my main priority is maintaining balance and sanity as things come and go. I also love actor André De Shield’s advice which applies to this business and life in general: ’Surround yourself with people whose eyes light up when they see you coming’.”

Rupak also benefits from his partnership with wife Nancy Redd ‘03, an acclaimed author and media personality in her own right. Balancing family and dual entertainment careers is not easy, and Rupak hesitates to give advice but did note being aware of the need for balance required is important. “Nancy has been a dream partner for me, and it was pure luck that we happened to meet when and where we did. She was taking an acting class at Harvard for fun, and I was taking it to be an actor. She asked me to be her scene partner, and next thing I know we’re a couple! I’m immensely proud to be her husband and awed by her abilities to be both such a great wife and mother as well as host and author. We sometimes joke how random it is that an Indian-American from Harlem and a Black Baptist southern belle ended up walking down the aisle and around the sacred fire together, but then I guess that’s the only advice I can offer: stay open and life might exceed your ideas of it.”