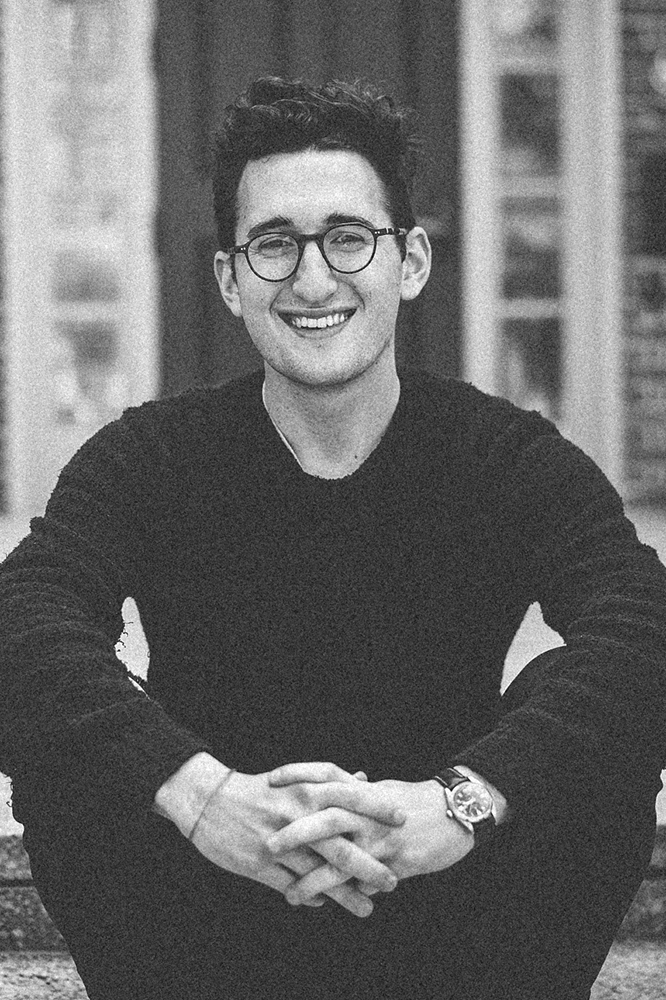 Lance Oppenheim is a filmmaker from South Florida. His feature film, Some Kind of Heaven, premiered at the 2020 Sundance Film Festival. Oppenheim was a 2019 Sundance Ignite Fellow, and was named one of Filmmaker Magazine's "25 New Faces of Independent Film 2019.” He is also the youngest contributor to The New York Times Op-Docs. Oppenheim holds a Bachelor of Arts degree from Harvard University.

Oppenheim first started making films in his early teens, and was drawn to documentaries because of how many interesting real-life stories were out there; a case of truth being stranger than fiction. “Making documentaries [seemed] almost like making science fiction films, because the kinds of behavior that I would see in my neighborhood, in my backyard, were bizarre,” Oppenheim said.

Oppenheim knew he wanted to make films before coming to Harvard, and his experiences at Harvard further helped him on that journey. He decided to concentrate in Art, Film, and Visual Studies, or AFVS (formerly called Visual and Environmental Studies, or VES). Oppenheim credits the AFVS program with teaching him the vocabulary of film, and helping him to form artistic and mentorly connections. He was able to access the resources and time to shoot and edit films for classes, as well as benefit from critique from professors and fellow classmates. Oppenheim’s first feature film, a documentary called Some Kind of Heaven, which premiered at the 2020 Sundance Film Festival, actually started out as his thesis film.

Oppenheim spoke about his inspiration behind Some Kind of Heaven, which is about a Florida retirement community called The Villages. He was fascinated by the way that entering The Villages felt like entering a different time and place. “I’m very interested in people who decide to cocoon themselves inside of a fantasy world, a world that they can control,” Oppenheim said. Oppenheim lived at The Villages, without a camera, in order to immerse himself in his subjects’ lives and gain their trust. He emphasized the importance of staying true to his subjects and the risk of exploitation. “I feel like, sadly, the most popular way that people make documentary films reminds me of a mosquito. It's a mosquito that, you know, bites someone and sucks their blood, and then paints a portrait of them with their blood, and then basically asks, at the end of the process, how do you like it? I'm always trying to kind of not do that,” Oppenheim said.

Oppenheim described how acknowledging the construct of filmmaking allowed him to get closer to his subjects and produce more honest work. He was aware that, as a non-resident of The Villages, he “stuck out like a sore thumb,” because of both his profession and his age, and leaned into that. For example, he would occasionally tell his subjects to repeat a routine for the camera, or show them rough cuts of scenes. “It was like they were actors playing versions of themselves, being themselves for this movie. It's a magical realism, in a way,” Oppenheim said. He was also interested in the theatricality of the world of The Villages, describing it as “like a movie set”.

Oppenheim also spoke about his experiences with artistic block. He acknowledged that procrastination is “part of [the] process” and noted that absorbing inspiration from other sources can help jump-start the artistic process. “I think it's important to know how you work, trust how you work, you know, and don't beat yourself up, if you're, if you're not feeling it, you know, for a long time,” Oppenheim said.

Oppenheim discussed how the COVID-19 pandemic impacted his work. Although the news cycle caused him to struggle to produce artistically at times, he was grateful that it forced him to take a break from working and spend more time with his family, which included the birth of his niece.

Lastly, Oppenheim advised aspiring student filmmakers to foster relationships with professors and mentors in the arts, and to take advantage of Harvard student grants to fund their artistic projects. He also emphasized the importance of not just creating work, but publicizing it. Finally, he highlighted how being surrounded by driven, like-minded individuals at Harvard inspired him to create. “If you’re stressed about thinking about finding a crew, or finding people to work with, just shut those feelings down. See who's in front of you, and see who's around, and embrace what you have in front of you,” Oppenheim said.

Author Sophie Kim is an award-winning playwright, performance poet, filmmaker, and author of the poetry collection, SING THE BIRDS HOME (2019, Penmanship Books). Kim served as the 2018-2019 Los Angeles County Youth Poet Laureate, is currently writing an original musical that will premiere this April, and has worked on multiple theater productions at Harvard; find Kim at thesophiekim.com.
Lance Oppenheim
Do you like this post?
Tweet
Calendar Programs Jobs & Career Development
Subscribe with RSS
Tweets by Harvardwood