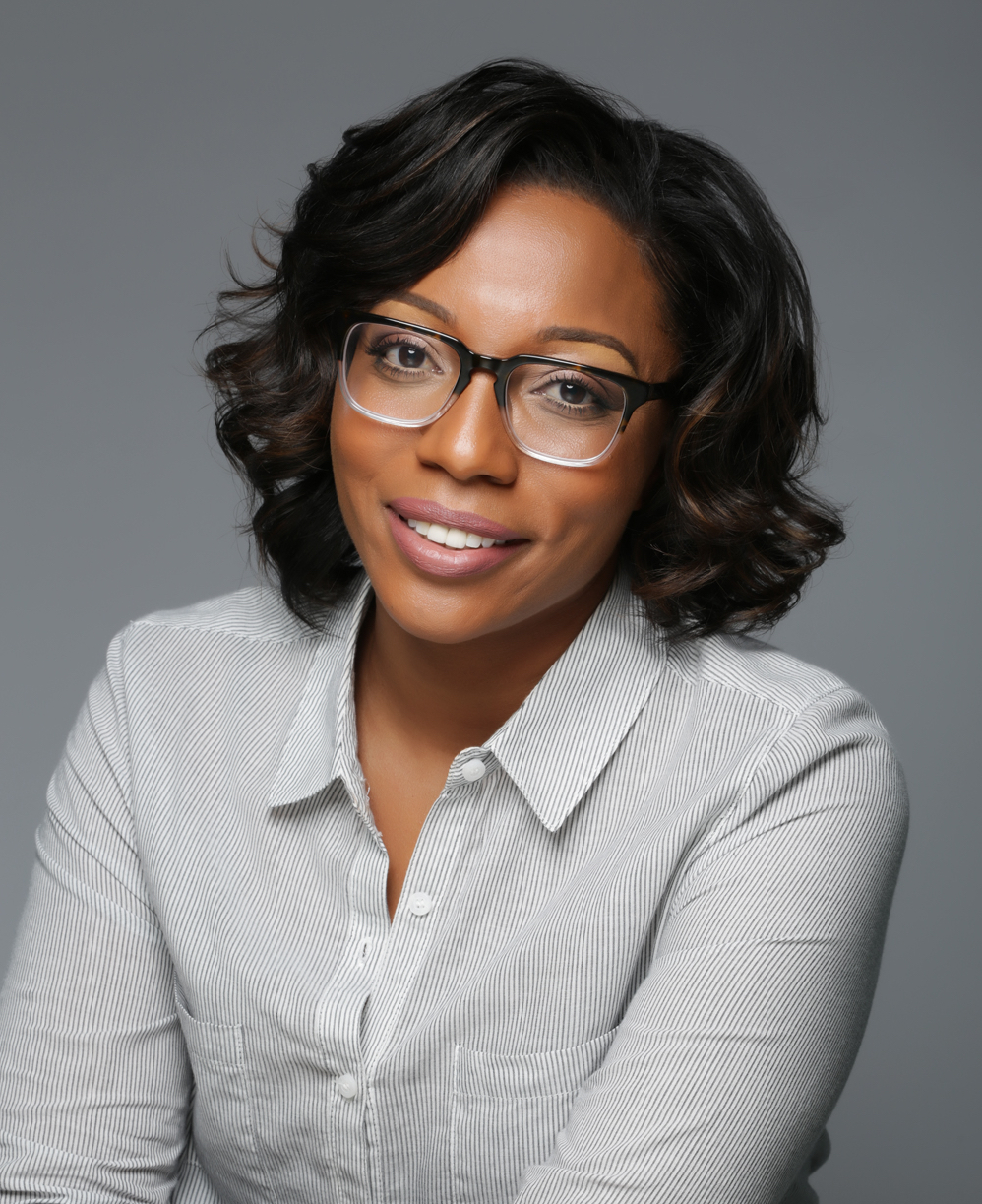 As we were preparing this month’s Alumni Profile of Dionne Harmon (AB’ 01), the news broke that she has just been promoted to Executive Vice President of Content & Strategy at Jesse Collins Entertainment.  Since Harvardwood profiled her back in 2010 (as up and coming DJ Lady Dee), Dionne has rapidly ascended through the ranks at Jesse Collins, just recently becoming among the first Black production team of Superbowl LV in February.

Dionne moved to Los Angeles the day after she graduated from Harvard. She quickly found her way to MTV, where she worked in casting for the shows Dismissed, Becoming, Wanna Come In as well as music videos for Usher, Diddy, Busta Rhymes and Alicia Keys. She has won the NAACP Image Award four times, and worked for The Kanye West Foundation, Foxx-King Entertainment and OWN before landing at Jesse Collins to work in Development. Once there, she helped to produce many broadcast events, including CBS’s John Lewis: Celebrating a Hero, BET Awards, BET Hip Hop Awards, Soul Train Awards and Love & Happiness: An Obama Celebration as well as the comedy specials Amanda Seales: I Be Knowin’ on HBO and Leslie Jones: Time Machine on Netflix.

When asked about last month’s Superbowl, which was considered a success despite the pandemic and reduced live audience, Dionne was reflective. “No matter what the circumstances or limitations may be, you can always find a creative way to execute your vision at a high level. Every previous show has taken place on the field with thousands of people involved both in front of and behind the camera. The challenge for us was figuring out how to still deliver a high production value performance with a significantly smaller amount of people that was not centered around a big stage on the field. We brought together an amazing team in support of The Weeknd and we all worked hand in hand to develop and deliver a show that we all could be proud of. We are thrilled that it was so well-received.”

In terms of how her previous experience with live events will translate into her brand new role: “It’s all connected. Live events fall under the umbrella of unscripted content, and I did casting for music videos, which is a key part of pre-production for scripted content. In fact, there’s a lot of overlap in the development and production of unscripted and scripted content. Whether it’s an award show performance or a scripted series, everything starts with a vision, and as a producer, it’s my job to execute that vision – through budget, directors, art department, wardrobe, special effects, music/score… all of these elements exist on both sides.”

Harmon majored in African-American Studies at Harvard, but jokes she wishes she could go back and switch her concentration to Romance Languages and Literature as she tries to master French and Italian in her downtime. Upon graduation, she found many Black graduates pursuing careers in entertainment, and “we were each other’s support system through all of the ups and downs as we tried to find our places in this industry. It was also helpful to have organizations like Harvardwood where you could meet and network with other alumni in entertainment. It’s funny, because I had no idea I would end up on this path, but nonetheless, my time at Harvard gave me the confidence to be open to new possibilities and to recognize and capitalize on the opportunities that are set in front of me. Most importantly, I learned not to shy away from challenges; rather, to keep my head up and to face them head on."

When asked what Harvard and its alumni groups could do better to help younger alumni, her suggestion is a focus on structured mentorship programs which pair established alumni with younger recent graduates.  These relationships are crucial toward establishing valuable first connections in chosen fields.

The entertainment industry continues to be roiled by the #MeToo and #TimesUp movements, and this year, many in Hollywood were also addressing systemic racism entrenched in hiring, casting and workplace practices. How do we keep the conversation moving forward in 2021? We asked Dionne:

“I’m very fortunate to be part of a successful Black-owned production company (Jesse Collins Entertainment) where I’ve been given the platform and a voice in the development and creation of content that pushes the culture forward. We’ve also been fortunate to work with network partners who have trusted us with content that is not specifically Black – which is a whole other conversation around the perception that Black producers can only produce Black content.

We’ve been doing this work for many years across multiple platforms including BET, VH1, Netflix, and HBO, so when the push for more Black content and more Black content creators happened after the brutal murder of George Floyd, we were prepared and positioned to step into that space. It’s definitely come with challenges, however. I have been in quite a few uncomfortable situations over the last year on Black projects with non-Black network executives who have given me notes about Black culture and how it can/should be portrayed. Conversely, on other projects, I’ve worked with non-Black network executives who have treated the process as a learning opportunity and a way to open dialogue and look at Black culture from another perspective that’s different from what they may be used to.”

In terms of the future in general, the old Hollywood adage still holds true: ‘Nobody knows anything.’  How does live television remain ‘appointment viewing’ in a streaming world? “It’s tough because the viewing habits of consumers has changed. There is an overabundance of content that can be accessed across multiple platforms at any given time, so the focus has to be on quality. What stories are compelling enough to make people want to watch in the moment? Beyond the content itself, you also have to have stellar marketing and social campaigns that drive viewers to a specific place at a specific time. It’s a great question, and one that network execs are asking themselves each and every day as the landscape continues to evolve and shift.”

Harmon ends the interview with her advice to anyone looking to begin a career in the music industry: “Figure out what you’re passionate about, find a good mentor, and go for it!”

Finally, when asked if she ever has time to spin a few records, Harmon surprised us. “Every once in a while, I go into the phone booth and reemerge as DJ Garcelle du Bois. The last time I deejayed was a few years back with my good friend DJ Darryl Jones at this amazing speakeasy bar by the Louvre in Paris. We played records until almost 4am. I don’t get to spin often, but when I do, I try to make it count.”