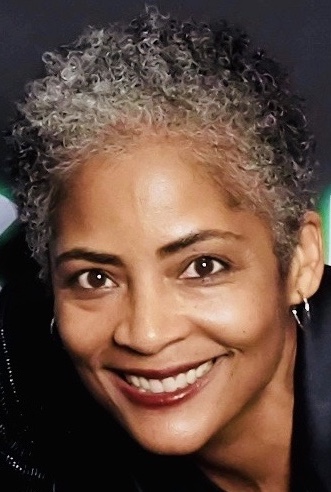 In 1990, a few months out of Harvard, Lori Lakin Hutcherson found herself back in her old stomping grounds: Los Angeles. An ardent lover of the arts -- music and television and all things LA -- she took up a job at The Wherehouse, a record store. She recalls, “It was back when everything wasn't just in the iTunes Store or Apple. You actually had to go into a physical store.”

But music wasn’t the only thing at Hutcherson’s fingertips. While working there, Hutcherson doggedly shopped her resume around Hollywood. But her big break came in the form of a friend who couldn’t believe that this young, talented Harvard grad hadn’t nudged her way into the industry yet. Within a week, she landed her first Hollywood job as a “glorified production assistant,” on Fox’s series, True Colors. By the second season, she found her way to the writer’s seat as a writer’s assistant.

From there, a cascade of opportunities followed.

It was the 1990s. The NAACP and media outlets like Variety were doing deep reporting on the lack of diversity in the industry, including at Fox. “There were no Black executives at Fox and barely any in Hollywood in general,” Hutcherson confirms. In an effort to hire more diverse talent, a Senior Vice President at 20th Century Fox that Hutcherson was well acquainted with tapped her for a development role. Six and a half years into reading scripts and overseeing development and production, Hutcherson herself had earned the title of Vice President in the studio’s development department.

Despite advancing to what she describes as a “dream career” as a high-paid Hollywood executive, there remained a nagging feeling in the back of Hutcherson’s mind as she approached her 30th birthday.

Hutcherson’s first love was always writing. “I started writing because I love telling stories and I always gravitated toward them.” A history and literature major at Harvard, in the midst of taking film classes and the like, she found herself doing television roundup write-ups for The Crimson. Any opportunity she got, she would take, to write about music, television, and the arts. And after nearly seven years at Fox, she decided to bet on herself and find her way back to the writer’s seat.

She hasn’t looked back. “Since then, it’s been a typical writer’s life. Sometimes you’re on a show, and sometimes you’re not. It’s a roller coaster, but being a television writer is a role I enjoy deeply.”

Her oeuvre includes: NBC’s Daddio (starring Michael Chiklis), Abby (starring Sydney Potier), Fox’s London-based American Embassy, and All of Us, a show based loosely on its producers, Will and Jada Pinkett Smith. The latter two opportunities hold particular significance for Hutcherson. The early episodes of American Embassy coincided with the World Trade Center attacks, which forced the show off screen as it focused on terrorist plots that felt irrelevant in a post 9/11 world. All of Us aired for four seasons, a longer stretch than Hutcherson’s other gigs. The experience enabled her to gain experience in all aspects of television production and shaped her future career as a producer.

A testament to Hutcherson’s hustle, she had the sort of career where she was constantly working, but oftentimes on shows that didn’t progress past a first season. After this period on television came the writer’s strike in 2007. Married to another television writer, the two decided that whoever got called back to work first would forge ahead, while the other took care of their young son.

After a hiatus, Hutcherson found herself thrust back into the industry with a golden ticket call years later. Through a former colleague, she was offered the opportunity to partner with Terry McMillan on a sequel to Waiting to Exhale as a writer. It was at this point in 2010 when Hutcherson founded her news site, Good Black News, a platform that covers Black achievement. She recognized the dearth of reporting on Black American success after hearing about an academy in Chicago where 100 percent of graduating seniors had matriculated in college. Discovering little to no mainstream coverage of the achievement, she was inspired and began authoring her own coverage of Black success that she runs to this day.

Centering stories focused on underrepresented individuals, be it women, Black people, or people of color, has been a tenet of Hutcherson’s career. “I’ve seen a change from the time when I was the only person in that division who was Black.” Hutcherson, ever a wordsmith, pauses to appropriately articulate the significance of the sea change she’s witnessed in the industry over the last four decades. “Yesterday, I was walking my dog, and I was listening to Michelle Obama's podcast. And then when I came home, I was watching an episode of Empire. And then there was something else that I did. And I just thought, oh my God, I finally live in a world where everything I’m legitimately interested in reflects me.”

The depth of that care is reflected in her more recent professional life as well. Shortly after her work with McMillan, Hutcherson joined the staff of Single Ladies, where she spent a number of seasons. And after another drought, Hutcherson received another once-in-a-lifetime opportunity: Hidden Figures. She was hired to do a production polish, which opened up a wealth of opportunities in script-writing. It eventually paved the road to her latest role as supervising producer on Freeform’s The Bold Type, a story that focuses on the friendship between three eclectic, Millennial women.

To the next generation of aspiring executives and writers, Hutcherson offers, “Find it within yourself to be secure in your ability and talent, even if it's not being recognized outside of you by jobs or other people. Focus on yourself and remember that what you have to offer is unique. Make sure you love it enough to deal with the famine and the food of it because it’s a roller coaster. If you have the opportunity to be rooted in a career you love, bet all your chips on you.”

If it isn’t obvious, Hutcherson has bet on herself time and time again and emerged an icon in industry, and at home: the proud parent of two kids. Her success is in her repertoire and her ability to fight for the food through the famine, an ability grounded in her passion for this art. Safe to say, Lori Lakin Hutcherson -- not unlike her latest project -- is the bold type.