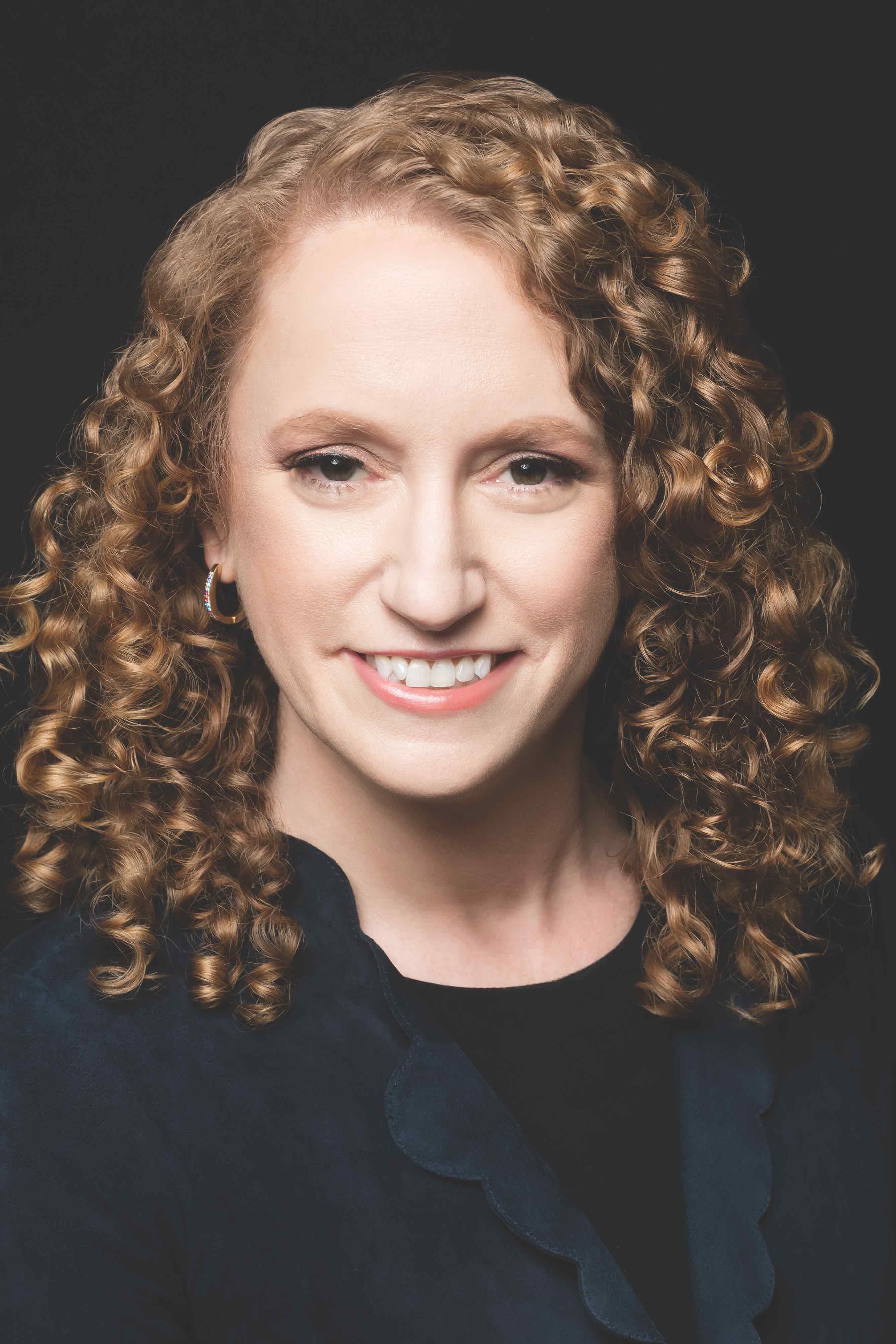 Throughout a complex career, her motivating principle is a simple one: the desire to fight for and protect human rights. That drive has been with Nossel since she was a child; she was only 7 when she became involved in the Soviet Jewry movement, a human rights campaign advocating for the rights of Jewish people in the Soviet Union to be able to emigrate during a time when they were prohibited from doing so.

“I used to take part in these big marches down Fifth Avenue to the UN,” she recalls. “There would be throngs of people there. It felt very electric and exciting, as if we were a part of something bigger than ourselves.”

When she was 12, Nossel traveled with her family to meet some of the Jewish families that she was advocating for in the Soviet Union. There, she found it “eye-opening” to learn how much these families were impacted by “[having] contact with people outside the country who were willing to take a little bit of risk to stand with them, visit them, and bring them things they needed.”

Nossel also travelled to Apartheid South Africa as a child. Both her parents were South African, and they would visit her grandparents who still lived in Cape Town. There, she was struck by the juxtaposition of her life in New York's progressive environment with the lives of those living through the cruel inequalities of Apartheid.

Those childhood memories stayed with her. When Nossel finished her undergraduate degree in History from Harvard (where, fittingly, her favorite course was “Justice” with Michael Sandel), she received a fellowship to spend a year in South Africa. It was the early 1990s, Nelson Mandela had been released from prison, and the country was preparing for its first democratic election. “I had always been an outsider seeing things through the prism of my family,” she says, “and I wanted to get much closer.”

Nossel ended up getting closer than most would be willing to go. She got a job working on mediation of political violence in the townships in Johannesburg. During a time when the country was undergoing fundamental change, she was mediating across myriad groups: political parties, the police, the army, trade unions, church leaders, business leaders, the list goes on. She was grateful to be “deeply immersed in questions of how to reconcile these communities that had been so separate and so oppressed for so long.”

She valued the work, even when the threat of physical danger was real. “Sometimes there would be a police officer saying, ‘Don’t go in there.’ And we would have to say, ‘I am going to go in there, I need to go in there. It’s our role to be in the middle of that.’"

When confronted with fear, Nossel answered with purpose.

If her current career path is any indication, that lesson has woven itself into her consciousness. The experience abroad left her with an internal dialogue that continues to motivate her to this day: “In all of these other situations I have been in since then, there is always that sense of: What can we get done here? Amidst something difficult, is there a way for us to play a constructive part?”

When Nossel left South Africa, after extending her one year abroad to two, she returned to Boston to attend Harvard Law School. Back on campus, she continued her work as an agent of change as opposed to a passive observer of problems. When I asked about her most formative moments at Harvard, I could hear the smile in her voice as she described how she and a friend created a survey of women working in law firms to gather data about how different firms were faring with gender discrimination, mentoring, and working family issues. They published the results in a report by the Harvard Women’s Law Association.

“It was very satisfying, because some of the firms that did poorly in the survey moved quickly to try to address the issues,” Nossel shares. “We felt pretty satisfied that we made a difference by shining a spotlight on that. I think in retrospect that experience stayed with me, and I continue to do similarly to try to apply some pressure to achieve change.”

One of the most daunting tasks of her career came when she was working with Richard Holbrooke while he was U.S. Ambassador to the UN. She was the lead negotiator on an agreement to settle the US arrears to the U.N, an assignment that required consensus from every country in the UN system. They got the job done after 18 months, and Nossel cites that achievement as one of her proudest career moments.

All of her previous jobs have prepared her to work hard, and that hard work has found her in return. PEN America, where she currently serves as CEO, is a non-profit organization that aims to protect free expression and free speech in the United States and worldwide. That task would always be daunting, but is especially challenging during this political moment in the United States. The fight is now on her soil.

“I never imagined that we would be having to play defense against our own government when it comes to free speech,” Nossel says. “The U.S. was always the proud standard bearer for freedom of expression. To see the turnaround in this country and see a President who routinely threatens and retaliates against journalists and media organizations is deeply alarming.” So alarming, in fact, that PEN America is currently suing the President with the aim to stop him from retaliating against and threatening journalists whose coverage he dislikes.

While free speech is oft invoked by Americans as a simple concept, Nossel reminds me that it is a principle that comes with many questions too.

“It is extremely important to rally people around the principles of free speech, and remind them why we protect these principles in the first place. Where did all this come from? What’s so good about free speech? What does it do for us? How does free speech actually work? It’s not without strings; there are some limitations, [and] few people have studied it or understand it in that much depth.”

Luckily, Nossel has studied it, and she’s publishing a book called Dare to Speak that aims to explain free speech in an accessible way. 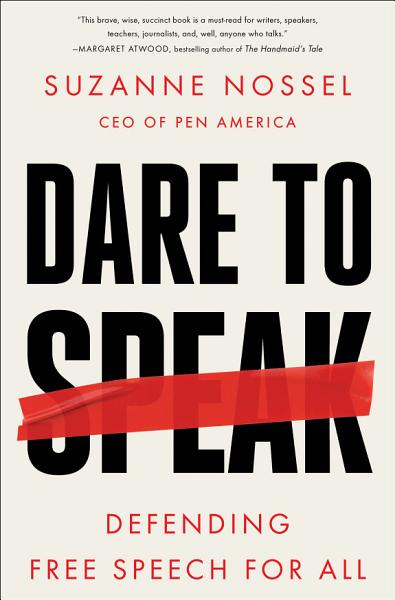 In the book, Nossel acknowledges that free speech protections can sometimes shield hateful speech from being banned or punished—a fact that worries those fighting for a more inclusive society. Yet, she does not see the defense of free speech and the push for a more progressive society to be in opposition. Instead, Nossel aims to explain how “the quest for a more diverse, equal, inclusive, and just society can co-exist with robust protections for free speech. And that these two imperatives and sets of principles are both essential, that they’re compatible, and that they need not work against each other.”

Dare to Speak draws on modern examples in order to serve as a how-to-guide for navigating and championing free speech. Best-selling author Margaret Atwood sums up the ideal readership in her blurb: “This brave, wise, succinct book is a must-read for writers, speakers, teachers, journalists, and, well, anyone who talks.”

With this book, and with all the work Nossel has done, she wades into the fight not in spite of the challenges, but because of them. She is still the 7-year-old marching down Fifth Avenue towards the UN. She is still the law student who held law firms to account. She is still the woman in South Africa who, when faced with danger, answered: “I am going to go in there, I need to go in there. It’s our role to be in the middle of that.” When there is hard work to be done, Suzanne Nossel will be there.