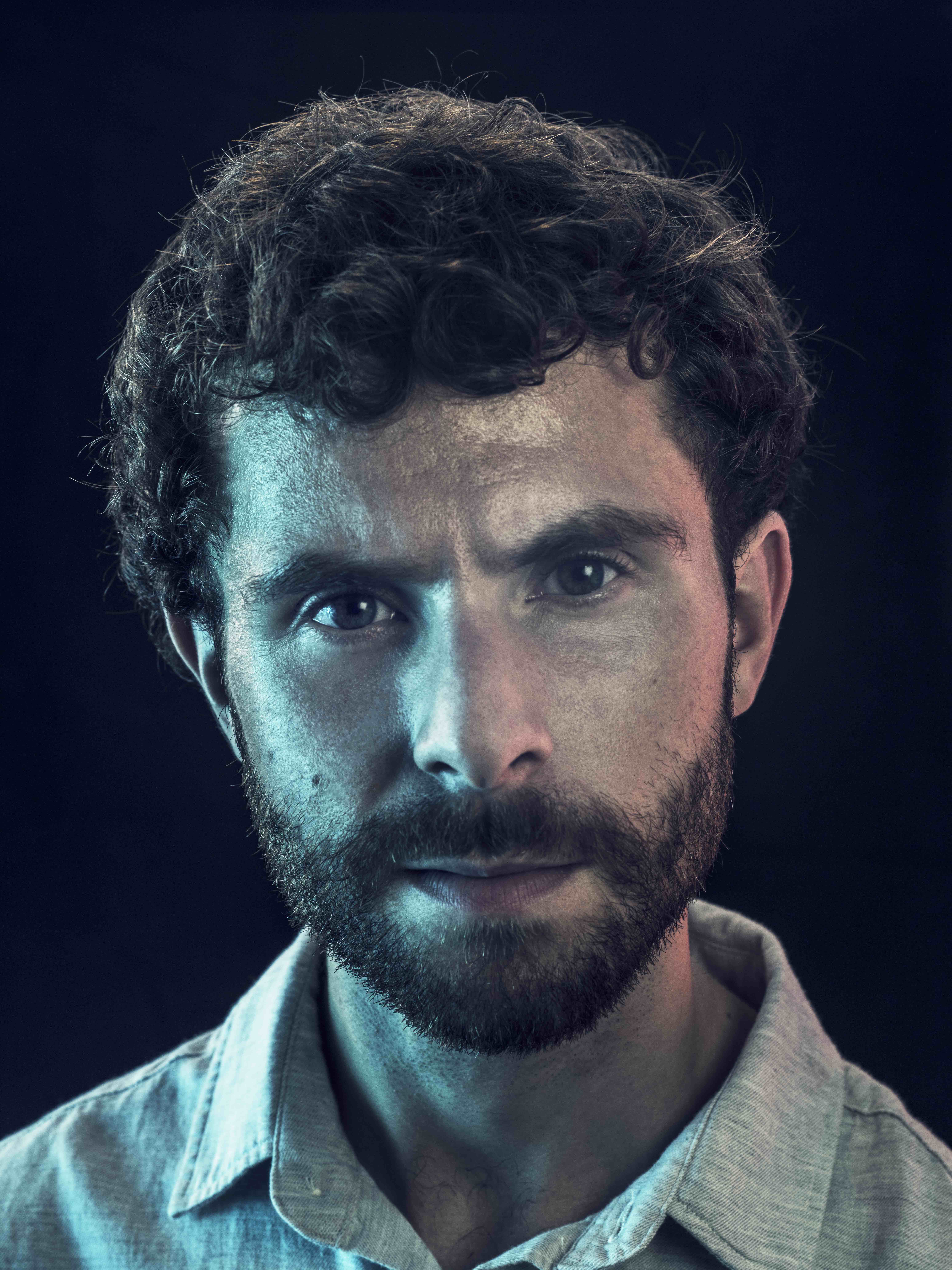 Matthew Aucoin AB '12 has long been regarded a wunderkind in the world of classical music and opera. He has donned many hats as conductor, pianist, and writer, but first and foremost comes his role as composer.

The overture in the opera of Aucoin’s life sings to the tune of Bolivian street musicians and Beethoven’s 9th symphony. A precocious 9-year-old, he recalls feeling “dumbstruck,” upon hearing the latter for the first time. Within two years, he had composed symphonies, chamber works, and an entire opera based on a children’s book.

The child of a journalist, technical writer, and all-around bibliophiles, Aucoin’s passion for music was welcomed and celebrated in his youth. By the time middle and high school came around, Aucoin dedicated every waking moment to music.

But his passion shapeshifted. As he approached teenagehood, Aucoin became disillusioned with the dry and arid nature of the classical concert vibe. He longed for something more vivid, and found his way to jazz piano, and eventually, an indie-rock band named Elephantom. It was his life, and at one point, he thought it would be his future: performing, rather than composing.

Aucoin initially prepared to attend a musical conservatory for college, until the 11th hour, when he decided to attend Harvard. At the College, he discovered the magic that compelled his change in plans: exposure to individuals who traversed unique specialities, held dynamic world views, and who cultivated eclectic skill-sets and interests. In the richness of the Harvard community, Aucoin collaborated, created, and experimented with his music. It was here he settled back in with his first love: classical music. In his words, “I was a student by day, and a musician by night.”

He directed the Dunster House Opera (now known as the Harvard College Opera); helped direct the Harvard-Radcliffe Orchestra; and produced his own operas in Lowell House, the Loeb, and with the Harvard-Radcliffe Dramatic Club. He reflects, “You know, you add up the hours, and it doesn’t make sense that everything could’ve happened in those four years.”

His professional commissions ring out in similar chorus: the Metropolitan Opera, Carnegie Hall, the Lyric Opera of Chicago, the Peabody Essex Museum, and myriad others. Aucoin attributes his early success to the American Repertory Theater, which sits in Harvard’s backyard. The A.R.T. commissioned his first opera, “Crossing,” in the months after his graduation in 2012. In the three years he spent developing the production, Aucoin also received a graduate degree from Juilliard and served as Assistant Conductor of the Metropolitan Opera as well as the Solti Conducting Apprentice with the Chicago Symphony. “Crossing” premiered in 2015 and catapulted his career. In subsequent years, the large-scale, professional piece went on to be produced at the Brooklyn Academy of Music and the Los Angeles Opera.

To the trained eye, it’s obvious that luck played a small part in the face of irrefutable talent and devotion. Nevertheless, Aucoin expresses deep gratitude for his good fortune, “Looking back, that was the opportunity that allowed me to make a life as a composer.”

For Aucoin, composing exists at the heart of everything. He loves performing, conducting, and working with words, but when he embraced composition with totality, his life’s purpose “snapped into focus.” Still, he recognizes that his experiences as a performer have afforded him opportunities as a composer. He’s often been asked to write for those he forged relationships with while working as a conductor or pianist. The ability to seamlessly compose with a performer’s perspective has distinguished Aucoin. He likens composing to building a cathedral, “single-handedly lugging the stones, dealing with every piece of stained-glass, and every other detail.” To him, it is, at once, life’s greatest challenge and greatest reward.

Aucoin’s work has been largely influenced by plays and poetry. While studying English at Harvard, Aucoin learned how the lines between writing music and writing poetry often blurred. He completed his thesis under the mentorship of Jorie Graham, a Pulitzer prize-winning, American poet. To this day, he considers her one of the most important musical teachers he’s ever had.

He also draws inspiration from the surrealism of opera as an art form. Across his repertoire, the liminal spaces between life and death are a resounding motif. “Crossing” is set in a Civil War hospital, a setting that symbolically hovers between life and death. Recently, Aucoin conducted the first performances of “Eurydice,” which is based on a play by Sarah Ruhl. The story unfolds in the Underworld and weaves in similar themes that delve deep into the human psyche. Aucoin’s appreciation for this theme stems from his love of music and opera itself. He underscores, “Because everyone’s not sure if they’ll go back to their world or pass on to the next world, everything that’s said feels urgent, and it’s all things you can’t say in everyday life. I’m inspired by that dream-like, heightened state, because that’s what music is for, for saying things you can’t say in speech.” “Eurydice” was commissioned by both New York’s Metropolitan Opera and the Los Angeles Opera. The piece will have its New York premiere in 2021. 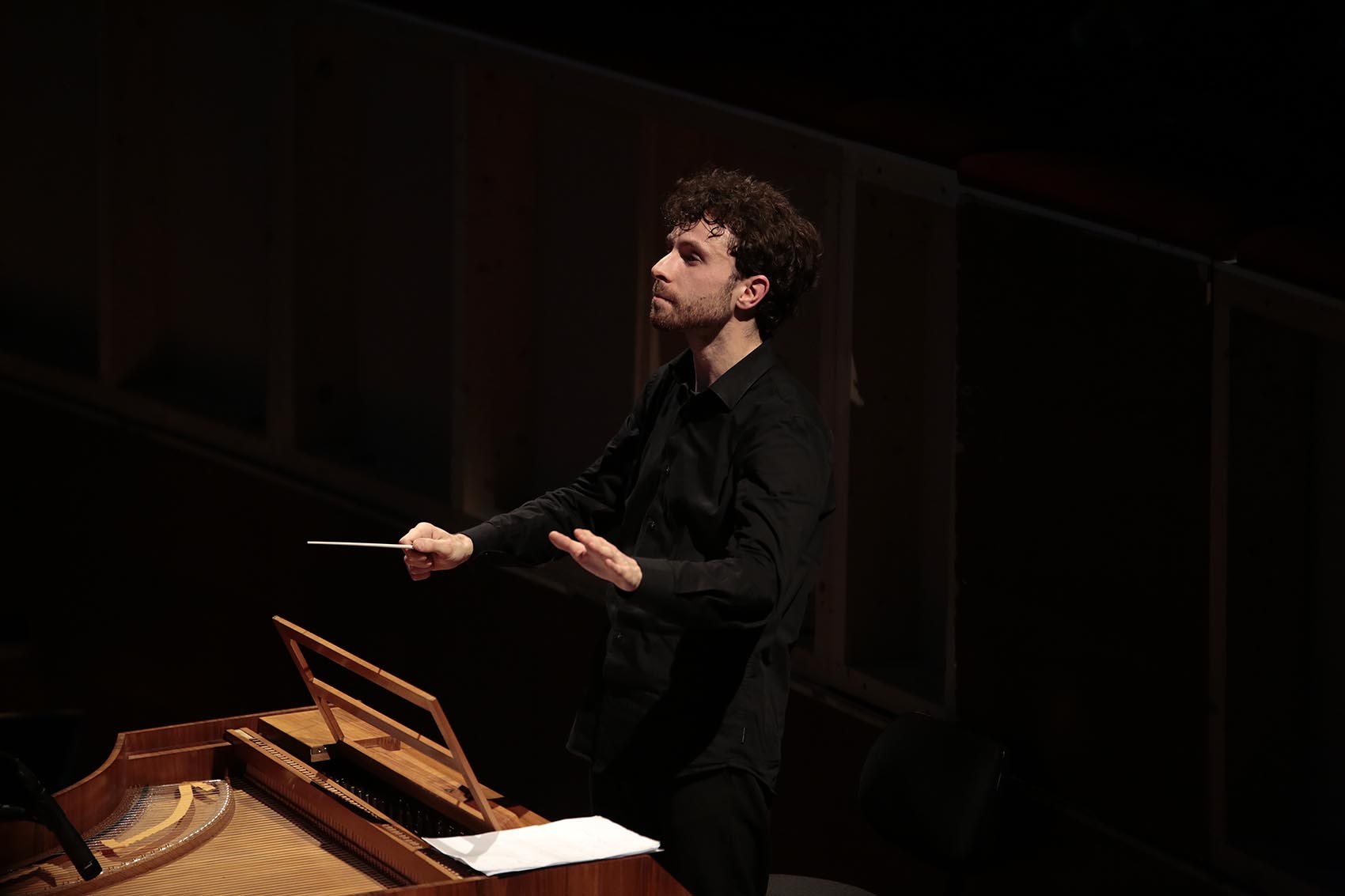 Aucoin actually serves as Artist-in-Residence at the Los Angeles Opera currently, in a role tailor-made for him. Typically, opera companies don’t offer long-term roles to composers. In 2015, the CEO of the Opera, Christopher Koelsch, attended the premiere of “Crossing” in Boston. Upon seeing Aucoin’s work up close, he worked to carve out a position for Aucoin at the company.

Over the course of almost four years with the group, Aucoin has conducted pieces he’s authored as well as those fashioned by the likes of Verdi and Philip Glass. He’s found a home in the organization: coaching artists in training, organizing community outreach events, and hosting a late-night concert series.

But as we’ve quickly learned, Aucoin has never been the type to tackle any single endeavor at a time. In addition to his work with the Los Angeles Opera, he serves as Co-Artistic Director of the American Modern Opera Company (AMOC). The collective of singers, dancers, and instrumentalists functions as his homebase.

AMOC burgeoned in light of a shared frustration with the way in which classical music institutions tend to operate. Within the confines of these spaces, creatives often lack autonomy, with little to no say in what projects they assume and with whom they collaborate. AMOC offers a space to exist outside convention, making room for its artists to act on their most ambitious, out-of-the-box ideas. While still collaborating with traditional institutions, Aucoin has helped a roster of 17 artists produce and perform smaller-scale projects through AMOC. The projects encompass dance pieces, chamber operas, and instrumental music. His endearment to the ensemble harkens back to his high school days: “I missed being in a band,” he laughingly reveals. Having worked in the broader world for a while, Aucoin had developed an affinity for certain artists, and he sought to build a space to unite them under one roof.

In the eight years since he’s graduated, Aucoin has embarked on creative opportunities and new-age projects, building a career that has earned him international renown. He continues to guest-conduct around the globe, from the Santa Fe Opera to the Rome Opera Orchestra, and his work has been performed by the likes of Yo-Yo Ma and Salzburg’s Mozarteum Orchestra.

Still, humility seeps from the advice he offers to aspiring artists. Based on his own experiences, he encourages composers to give their pieces the time they deserve; to let them marinate, outside the bounds of a never-ending string of deadlines. In a field fraught with critical, sometimes demoralizing feedback, he counsels, “Be a harsher critic to yourself than anyone else. If you hold yourself to the highest possible standard and develop an awareness of your strengths and weaknesses, then nothing anyone can say can hurt you.”

In the current hour, Aucoin is making his final tweaks to wrap up “Eurydice.” He revels in the fact that with the conclusion of this composition, the horizon is wide open for him. “I already know I’m not going to have enough time in one lifetime to say as much as I want to say in music.” But he will certainly try. In the opera of Matthew Aucoin’s life, we’ve only just begun the crescendo. To put it in his libretto, “the best is yet to come.”