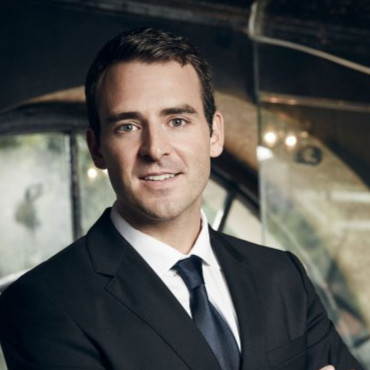 “Ben, Snakes on a Plane. That’s what you should be aiming for,” a colleague advised Ben Forkner AB '01 early on in his Hollywood career. The script had just generated a large sale, Forkner had just finished pitching an Atlantic story to a crickets-quiet Management 360 room, and the colleague was just trying to help give him direction. Luckily, Forkner, now a producer at Entertainment One and a past president of Management 360, learned to instead focus on the quality of the stories he champions rather than the money they might make. It’s a choice that has helped him build an enduring career in entertainment.

Even before he went to Harvard, Forkner had already worked in Hollywood. His senior year of high school, Forkner wrote filmmaker Joel Schumacher, a client of his physician father, a letter asking for an internship. After getting no reply to his first and then second letter, Forkner got a call from Schumacher offering him a spot on an upcoming John Grisham adaptation that Schumacher was directing.

Three months later, Forkner found himself in an office in Burbank, helping to open production on The Runaway Jury. After a few weeks, while chatting with Schumacher’s assistant, Forkner learned the director had abandoned the film. He walked over to the producer’s office to confirm it, and then there was “all this chaos” for two hours, until the producer emerged, hair sticking up, and said, “‘Ben, it’s very illustrative of Hollywood that the office intern informs the studio, the producers, the entire production that the director’s left.”

Forkner's first internship also taught him that “there was no Harvard concentration that would pave the way in Hollywood.” He used that freedom to choose Social Studies, because he wanted “the most academic whole-grain kind of liberal arts.”

Forkner’s favorite Harvard course was outside of his high-fiber degree, however. That honor goes to paleontologist Stephen Jay Gould’s “The History of Life,” for teaching Forkner to have no regrets. The course suggested that “we’re not the end result of predictable evolutionary process, but a fortuitous cosmic afterthought.” It’s hard to predict anything in a world of fortuitous cosmic afterthoughts, and if nothing can be predicted, nothing can be regretted.

Beyond his classes, Forkner found his home in the performing arts groups. Friends pulled him into the improv troupe On Thin Ice, where he learned “there’s no better formative experience in terms of confronting your fears.” Forkner also became a multi-hyphenate Hasty Pudding member, writing, producing, and acting in their shows. While he loved the acting—his parts included a southern belle and a raunchy old woman—he found himself more drawn to offstage roles, especially as a producer.

Nonetheless, Forkner knew enough about Hollywood to stay in touch with the manager. After graduation, the manager gave him a job in the Management 360 mailroom. “This wasn’t any sort of premeditated management production plan, but it was a really great place to start,” he says. It was not even his second Hollywood gig: he’d returned to Los Angeles after freshman year to be a research assistant for Robert De Niro, who was playing a stroke victim in Flawless.

Management 360 was primarily a management company. “There was enormous pressure for me to be a manager. And I just knew from the start I didn’t want to manage.” Instead, Forkner tried to find material for Management 360’s clients alongside his assigned duties.

He quickly discovered that he has a talent for finding stories. Early on, he discovered a French children’s book on an antique book website, got the rights, and set it up at Warner Brothers. After that, finding great material became his full-time role. Forkner would then pass his findings along to 360’s clients, such as Channing Tatum, Margot Robbie, and Chadwick Boseman.

Many in the industry might call it “finding IP,” but Forkner likes to call it “working with books.” He grew up surrounded by books, a descendant of three generations of book collectors. His most vivid childhood memories are the pictures on the walls of his grandmother’s house, first-edition prints from Maurice Sendak’s Where the Wild Things Are, scenes from Wizard of Oz, a painting of Treasure Island.

One of Forkner’s favorite moments from his Management 360 tenure was helping to produce The Gallows. They’d found a fake trailer for the concept on “some deep internet site” and contacted the two Fresno filmmakers behind it. In love with the story, Forkner and a colleague convinced Management 360 to finance the production for a $100,000 budget.

It made $43M in total international box office—“not that money’s the barometer,” Forkner notes. A mentor once recommended he read What Makes Sammy Run?, a cautionary tale of chasing material success at any cost, and Forkner uses it just like his Snakes on a Plane moment: an example of what not to do. Instead, Forkner is just thrilled that he helped the creators of The Gallows, two guys who would “sleep in their van” every time they came to L.A., see “the typical American dream through the lens of Hollywood.”

His time at Management 360 reads like its own Hollywood American dream: start in the mailroom, work hard for fifteen years, end up the president of the company. He says this was not some grand scheme, successfully executed; Forkner just enjoyed the job, all the way up the ladder. “You know, the second you are promoted, you’re in a room with a phone and you have to make it ring. And none of that changes. It was just a matter of doing the work and finding captivating stories to develop.”

Forkner left Management 360 in 2019 to join Entertainment One with his own producing deal. As much as he loved 360, “I just couldn’t turn [this opportunity] down.” His first project is Deep Water, a Patricia Highsmith novel adapted into a thriller feature with Ben Affleck, Ana de Armas, and Adrian Lyne that is set to be released in November. “I feel like every producer believes the movie they’re making will be Citizen Kane, and I am definitely suffering from that high right now.”

Late author Highsmith is actually Forkner’s most frequent creative collaborator. Though she passed away before Forkner’s Hollywood career began, she also wrote the Talented Mr. Ripley books, the basis for a Steve Zaillian Showtime miniseries set for fall 2020 that Forkner is producing. “She’s one of the most autobiographical of authors, in that her writing was so reflective of her life.” He thinks it’s what makes her so adaptable. 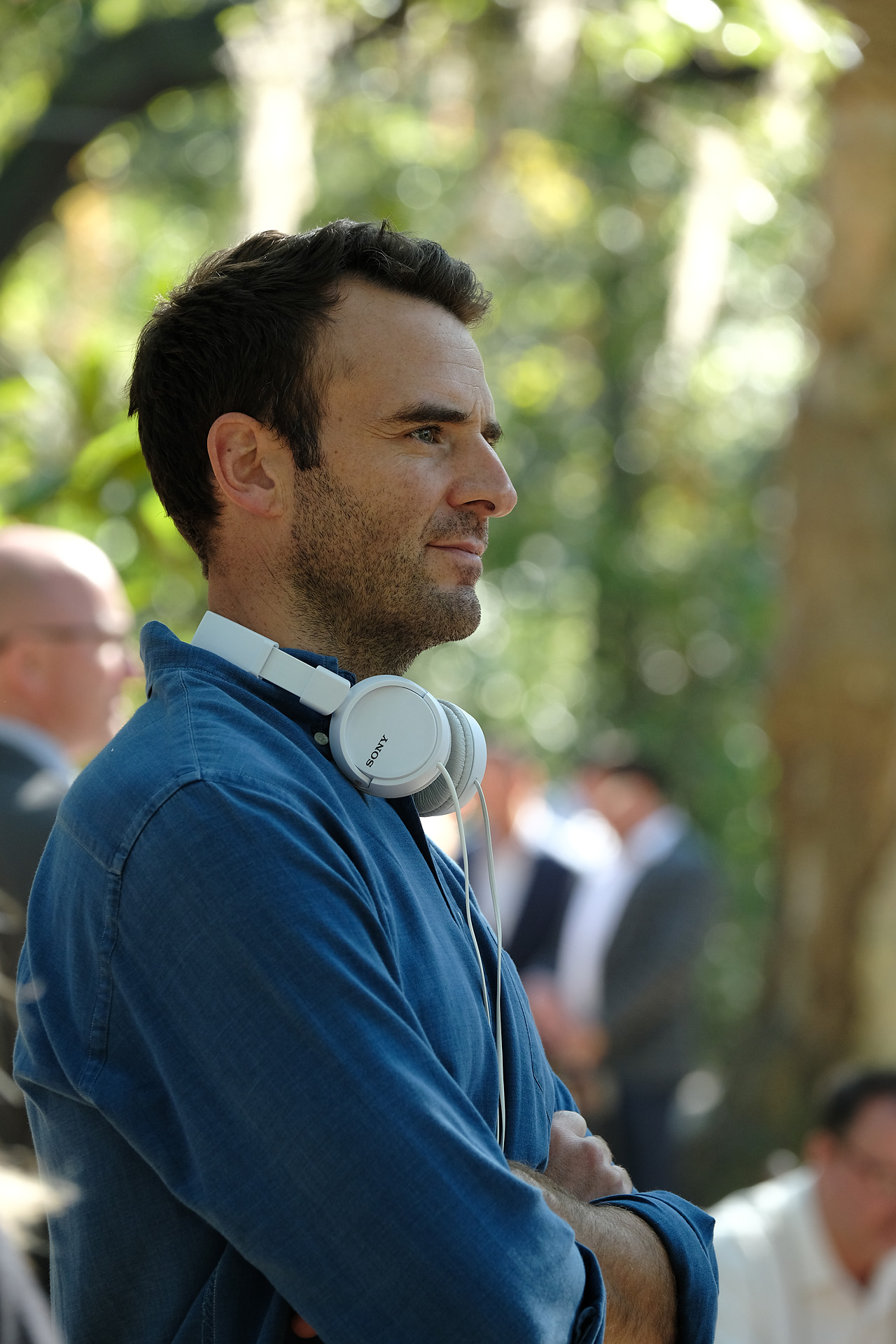 Forkner splits his time between L.A., where he focuses on developing new projects, and LA the state, where they’re filming Deep Water in New Orleans. When looking for new material, he frames his search with an understanding of how the content landscape has expanded. “It was very hard to make anything that had any sort of newness to it or originality [10-15 years ago]. That’s fundamentally changed now.” He’ll look back at relatively recent creations, like the Pulitzer Prize winners of the 2000s, searching for stories that were originally passed over. It’s exactly the sort of thing he loves doing, and now there’s greater demand than ever.

“I’ve been waiting for Silicon Valley to colonize Hollywood for a long time.” He thinks tech companies have been “polite houseguests” in the industry, and he expects they’ll soon disrupt its rules. In some ways, they’ve already started: Amazons and Apples and Netflixes don’t have to make money on every movie, and Forkner finds that equal parts liberating and depressing. “Movies are being made by companies that have something other than the movie in mind—selling products." Yet it also means stories that would have had no chance a decade ago are now being told.

And Forkner cares deeply about those stories. The key to the entertainment world as a producer is “the paradox of having to be emotionally invested in something fully or you’ll never succeed, while being completely emotionally detached or you’ll never survive.” It’s a tough balance, and not one Forkner was expecting when he first came to Los Angeles.

For those making the post-college trek out west now, Forkner emphasizes the basics (“This is kind of cliche but I’ll say it in a long way so it doesn’t sound like it”): work hard, don’t give up, be ambitious. Above all, have a point of view—and make it your own. “There’s something very scary about having a point of view that’s different than others, but I think the scarier thing is when you are simply a spinning compass, trying to follow what everyone else is chasing.” He thinks the ever-expanding content marketplace only adds to the reasons to have an independent perspective.

“The people in this business who I've come to admire the most are those whose work reflects a sense of self and a clear point of view. A life perspective, whatever shape it takes.”

Cliche or not, Forkner’s path suggests we become what we admire: his successful career of “working with books” depends on the very taste for good stories that he so respects.