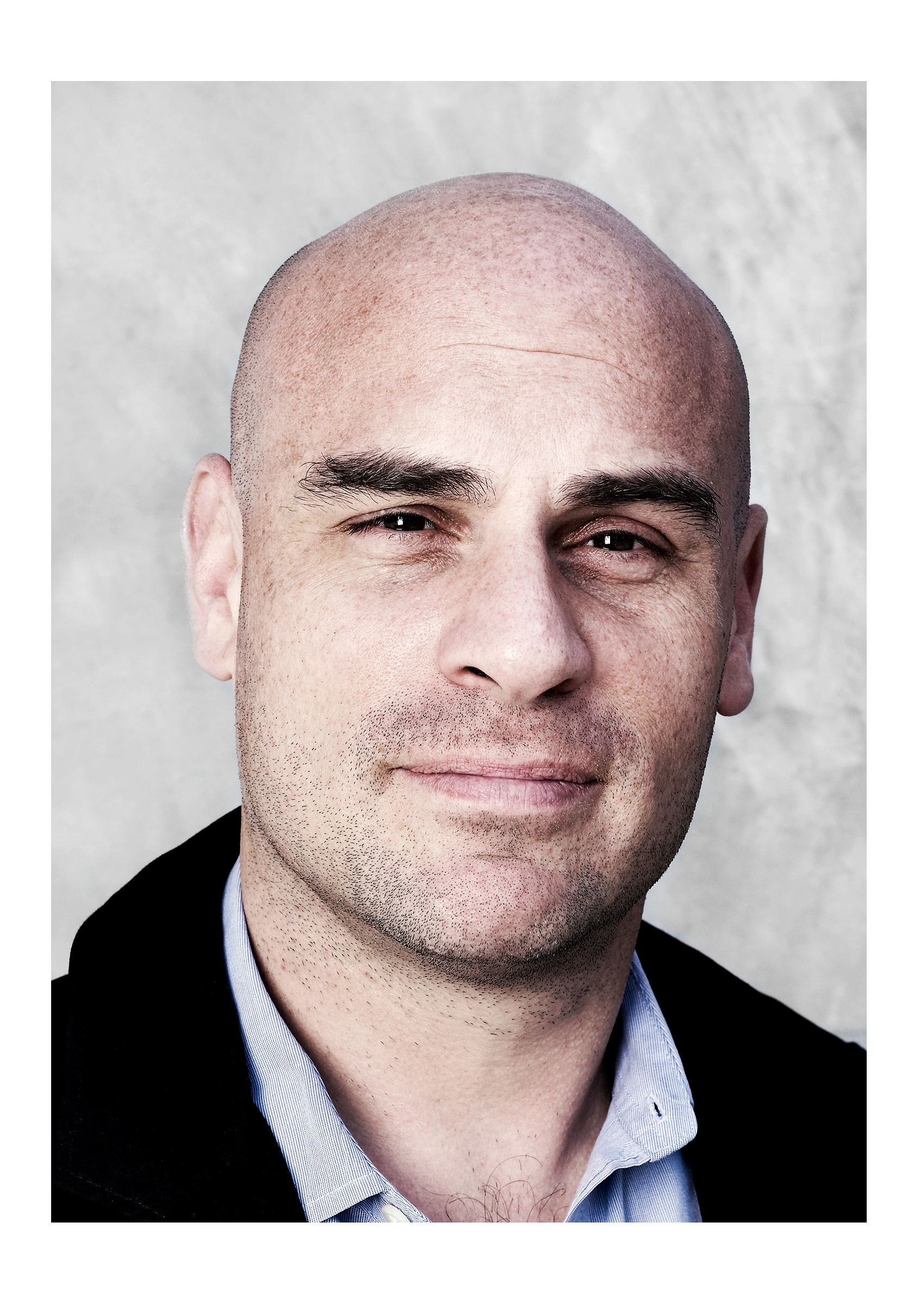 A native of upstate New York, Adam Fratto AB ‘90 grew up immersed in theater and culture. His parents, professors of women’s studies and political science, taught at the local college in Geneva, New York. In high school, Fratto acted, though he holds that he wasn’t very good, despite its huge impact on his life. He reminisces back to his kindergarten days, when he would watch movies and direct his classmates in reenacting the films in class.

So it was only natural that Fratto's childhood interests drew him toward theater at Harvard, where he was a board member of the Harvard-Radcliffe Drama Club and directed six shows over his career. His directorial debut was a stripped-down adaptation of the musical March of the Falsettos staged in the Loeb Experimental Theater.

Fratto cites his parents’ occupation as professors as an influence on his choice to study social studies—the concentration was "hardcore" and challenged him to manage his time well. Now an executive at History Channel, Fratto says that his social studies classes set a foundation for his work today.

Fratto’s Harvard experience was theater and social studies. Unsure of the next step after graduation, he moved to New York to work in theater. There, he took a job in arts education while directing a show off-Broadway. After that, however, he decided that professional theater was not for him.

Once again faced with a choice about the next step, Fratto got a position in China. The original job was teaching English, but it evolved to an American culture class to educate Chinese scientists studying or researching in the United States on American customs. After a year in China, Fratto spent some time in Hong Kong, where he produced a short film for friends he had met during his year abroad. Fratto describes his style of directing theater as “360 degrees of control,” so producing wasn’t much different. Still, there was a learning curve: he quips that learning how to pay off Triads in order to shoot in certain locations was an evergreen skill. Another lesson: “For your first few times, there should be a conveyor belt directly from your typewriter to the trash can.”

After USC, Fratto discovered that “the best way to be a producer is to have a trust fund,” so to earn a living, he worked in physical production. Before taking an informational meeting with a producer who came up through development, Fratto hadn't known that such a career could exist. To him, it sounded “too good to be true.” A career talking to smart people about stories and characters was compelling enough to try to foray into development.

So Fratto took another informational meeting with a feature film producer who had fired her assistant the previous week. He was hired at Mutual Films as her assistant, and his first day on the job was the Saving Private Ryan premiere. A few months into being on her desk, Fratto was rolling calls from Michael Douglas, who was recruiting his boss to be his producing partner. A long-time fan of Michael Douglas, Fratto was the only person who knew his boss would be leaving, and he was coming with her!

Up until this point, Fratto was what he calls “a film snob.” The worlds of film and TV were far from equal in the minds of feature film producers. While working with Michael Douglas, Fratto's projects were feature films—he describes Michael Douglas as one of those rare actors who could get any movie made just by being attached to it. During his time there, they made One Night at the McCool’s, Swimfan, and Wonderboys.

The company was represented by CAA, which sent VHS tapes of the HBO TV show The Sopranos. This was the first series that really impressed Fratto and piqued his interest in television. When Michael rebooted the company, Fratto moved on to work as the head of development at a new TV production company, Piller / Segan.

Piller / Segan was the brainchild of Michael Piller, a co-creator of the Star Trek franchises, and Lloyd Segan, a non-writing producer. During his seven years there, Fratto worked on many TV projects, including The Dead Zone, which was picked up by USA. While working on Wildfire, a teen drama, a young writer being considered for the staff submitted a spec script. That spec script became Greek, an ABC Family teen show about Greek life that ran for four seasons.

From there, Fratto was tapped to start a small production company based at HBO with Jim Lampley, the face of HBO Boxing. The company had a first look deal with HBO, and they developed shows in line with HBO premium, serialized style (the procedural style seen on cable and broadcast was just starting to be broken). HBO picked up an unscripted docudrama about boxing from the company. At the end of Fratto's two-year contract, a Stephen King adaptation he developed at Piller/Segan, Haven, got on the air on SyFy, and Fratto was able to remain attached. Fratto left his position at HBO to work on the show, overseeing the writers and creative decisions, reviewing cuts and outlines.

His involvement in Haven was reduced when he was introduced to Pukeko, a New Zealand-based company associated with big, immersive fantasy IP like Lord of the Rings. For four years, Fratto flew back and forth between Los Angeles and Wellington, brought on as an executive to develop ideas to help the company transition from kids' TV and animation to live action. Fratto developed a take on 10,000 Leagues Under the Sea for XBox and a series of dark fantasy novels called “Lowtown.”

Cleverman, a co-production based on aboriginal mythology, was another project that Fratto executive produced; it was on Sundance, Australia ABC, and Netflix. When Fratto left in 2015, the company returned to animation, but he continued working in the international space, entertaining international stories, formats, and deals in his new endeavors.

Next, Fratto was brought into Lifetime as an executive consultant; he was an executive producer on one of their pilots. There, he met a lot of people who commented that they thought Fratto was more of a History guy than a Lifetime guy. At that point, however, there were not any openings in the scripted department at History, so at the end of his contract with Lifetime, Fratto moved on to start a series division for international studio Reel One.

Recently, a role opened up in the scripted department at the History Channel and Fratto was named the VP of Scripted Programming in June 2019. History Channel’s scripted department has produced premium shows like Hatfields & McCoys, Vikings, and Project Blue Book. The brand—epic dramas based in facts—challenges Fratto to create shows where the audience feels like they’re learning something while still being entertained. His day-to-day is working on new shows, supervising shows for the network, and finding new IP in books, spec scripts, and known packages. As far as content, Fratto says that History’s audience skews male, and while the U.S. audience is interested in domestic stories, the popularity of Vikings proves that Americans are open to compelling international stories.

To this day, Fratto has remained involved in Harvardwood since founding the organization in 1999 with Stacy Cohen '89 and Mia Riverton Alpert '99. Finding that the university pipeline for the entertainment industry was insufficient for Harvard alums in entertainment, media, and the arts, the three formed a Shared Interest Group for alumni to get on the phone with recent grads and make connections, filling a sort of advisory role. Harvardwood started as an email list, expanding to a website, paid staff, and then to thousands of members.

Fratto is proud of the way that Harvardwood has grown, though the core of the organization’s mission remains the same: to celebrate and support lives in the arts, media, and entertainment for the Harvard community and beyond.