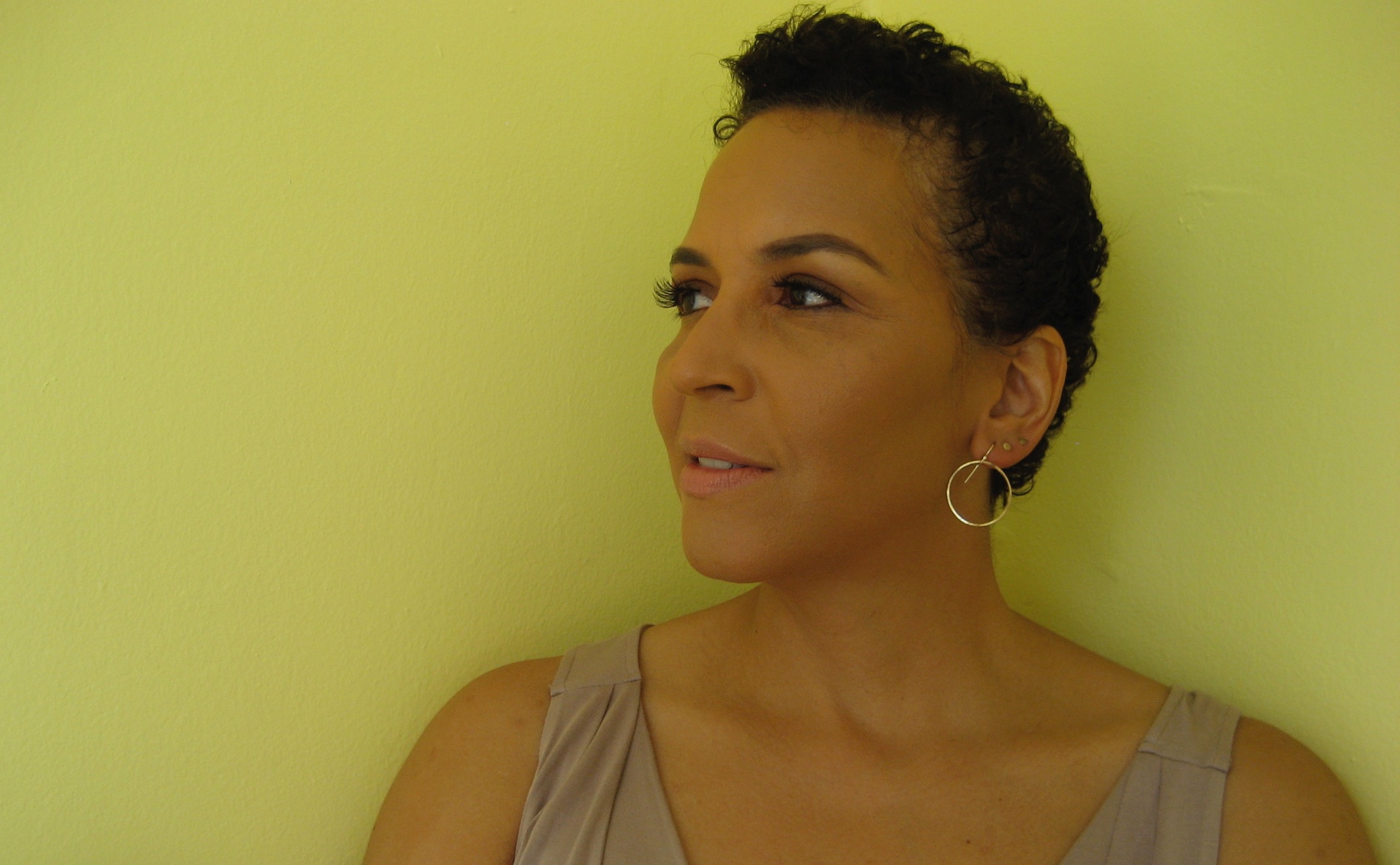 Elle Johnson AB ’86’s IMDb page scrolls. She’s written for over a dozen shows in her decades-spanning TV career, from Law and Order to CSI: Miami to Bosch. Yet at Harvard, she never took a single writing class—because the one she applied to rejected her application.

Instead, Johnson was part of the theater community, performing in a production of Jesus Christ Superstar her freshman year. That show led her to becoming the “costume mistress” for the Hasty Pudding, and for two years, she’d wake up at 5am to take costumes to the cleaners.

At some point, she decided she wasn’t as good as some of the actors around her—which included Dean Norris AB ’85 and Amy Brenneman AB ’87—and majored in art history. “It seemed like not only a way to study literature and culture and history, but the whole breadth of societies.” She added introductory photography and drawing classes her senior year.

As graduation approached, Johnson interviewed for ad agencies but found them “so corporate.” As she watched people around her who were “absolute boneheads” going to medical school, “I was like, ‘What?! What's going on here? Who are you people?’ It was like everyone had pulled their faces off, and they were these professionals behind the mask.” She couldn’t relate.

“I decided the smartest thing would be to figure out who I am and what I want to do,” she explains. So, Johnson signed up for “Ride for Life,” a charity bike ride from San Francisco to Boston that started with a year of training. “Well, in theory, you spend the year training for it. I bought my bike like the month before, and I didn’t ride until the first day of the ride.”

Johnson nonetheless finished the trip. “I remember thinking, ‘Oh, I’m not going to make it’ and ‘I’m never going to survive in this world.’” By the end of it, she felt like she could do anything. Writing had always been on her radar. She had stories she wanted to tell.

But the ride was only the start of her post-college adventures: Johnson next took an internship at the American University in Cairo, working for the university’s president. “It was an amazing experience, but also the type of place where your power would go out everyday and there was no laundromat and you wash your clothes by hand in the bathtub. I got a parasite that required getting an injection in my stomach.” She left Cairo again feeling unstoppable.

Embracing that limitlessness, Johnson decided to “get used to being poor but happy.” She thought it seemed easier to take jobs that paid well than to do things you enjoy, and followed the voice urging her to write with careful reflection. “I had this sense of ‘don’t waste your life’. And I had to be okay with the fact that I may be writing for myself… [that I] may never make any money and have to work a day job for the rest of my life.”

That didn’t happen. After stints as a technical writer at a Boston financial startup, a year in England on a Rotary scholarship studying creative writing, and working as a script coordinator in New York, her sister’s friend put her in touch with a writer named Kevin Arkadie. Johnson sent him a script she’d been working on. Soon after, Arkadie gave her a writing job on paramedic drama Rescue 77.

Johnson felt like she’d made it, and celebrated having money for the first time with a purchase of antique craftsman furniture. The feeling didn’t last a year. Rescue 77 got cancelled five episodes in. (When the network executive showed up, she thought, “Oh, that’s so nice that they’re coming to visit us!” She later learned the more tenured writers already knew that when network execs show up unannounced, it’s a bad sign.) Johnson went from thinking that she could rest to believing she had nothing.

It was a wake-up call: to get the job at Rescue 77, she had sent her own script all over town. Just months later, she needed new samples. It taught her to always be writing something new. It taught her you have to keep “making it” ever year.

And she did. Johnson went on to write episodes for Any Day Now, CSI: Miami, Street Time, and Law and Order—all within five years of Rescue 77. Her confidence as a writer only grew with her experience. She’s long past the “puckering fear” of not knowing how to write a script—“in the beginning, it was just panic”—and she now writes with the self-assurance she can overcome whatever problem she encounters.

In her years of writing experience, Johnson’s also collected years of experience writing. She calls herself a “method writer” because she tries to live the things she depicts. Her go-to example: when writing an episode about NASCAR for crime show The Glades, she went to the Daytona 500. Then she spoke to the race car drivers. Then she talked to a car-to-track transport driver named Squirrel about how he would kill someone. (Squirrel had many ideas; there were a lot of people he wanted to kill.)

Ultimately, she found herself on a NASCAR panel in Las Vegas, talking about how she wrote the episode. She loved the learning. She loved entering into another world. She loved it despite the fact that they flatly refused to let her write a story where the driver died on the track.

Including The Glades, three-quarters of the dozen-plus shows Johnson has written for are cop shows. Her father was a parole officer—“the quintessential TV cop type”—and her uncle was a homicide detective. Her first freelance episode of TV was for Homicide: Life on the Street. They wanted a story about a parole officer, and one of the writers knew about her father. Johnson landed the gig pitching a plot where the parole officer is killed by one of his parolees, inspired by a real incident she’d heard about from her father.

Her father’s take? He was thrilled the writing was paying off. He even gave her credit for things she had no control over, like the episode’s inclusion of one of his favorite songs. Now and then, though, she tosses a deliberate nod her family’s way: she names characters after family members.

Growing up in a law-enforcement family, high-stakes stories surrounded Johnson, but the only one she ever noticed as a “story” at the time was the tragic shooting death of her cousin. It gave her a sense of sympathy for the victims of crime (her and her family), the cops (her family), and also the perpetrators, who ruined three sets of lives: theirs, the victim’s, and the victim’s family. That sympathy is part of the reason why Johnson is so interested in police dramas.

The fact that police dramas are just as interested in her, she thinks, is the result of her craftsmanship and demographics. In a field dominated by white men (in 2018, 64% of staffed writers were male and 73% were white), Johnson says being a black female writer, “[means] I feel like I know for a fact that every show I’ve ever been hired on for the first time I was hired because I was either a woman or a person of color and that’s what they were looking for. When I started, people would be as blatant as to say [it]… that kind of doesn’t always feel great.” But the second and third and fourth times she’s hired for the same show, Johnson says it’s because she’s proven she can deliver—and often had to prove it as the only person of color or only woman on the staff, which “can be quite onerous.”

Once, a writer asked the room, ”How do we humanize this [black] character?” Johnson responded, “Just because they're black doesn't mean you should have a hard time thinking of them as human.” She found herself frustrated having to educate people that "you don't have to think of a character as being other just because they're a different race than you."

Fortunately, things may be changing: Johnson feels that now people are more interested in telling stories about people of color, and from new perspectives. As a result, she’s found there are more non-white or non-male-identifying writers in the room. This has broadened on-screen representation, she hopes: “There [used to be] so many narrow tropes and I feel like that has expanded, thank god.”

As for new writers trying to start their careers, Johnson repeats what her mentors taught her. She’s had two, both essential: Eric Overmeyer, who gave Johnson the freelance episode about a parole officer, and Kevin Arkadie, who got Johnson that first writing job on Rescue 77. “You have to put in the work. You have to put in the mileage and learn the craft and never just be satisfied. There's no such thing as good enough. You have to do everything you can and never turn in something that's like ‘Well, let's see if anyone notices if this part of it doesn't work.’ You never do that, because these were two guys who hand in their best work possible.”

To that, she adds one additional note of her own: “All you need to do is just write. Spend more time writing and less time talking about writing. Put your butt in the chair. Write through bad drafts. Get it out so the good stuff will start to come.”

Now more suited to teaching a writing class than being its student, she certainly took her own advice.