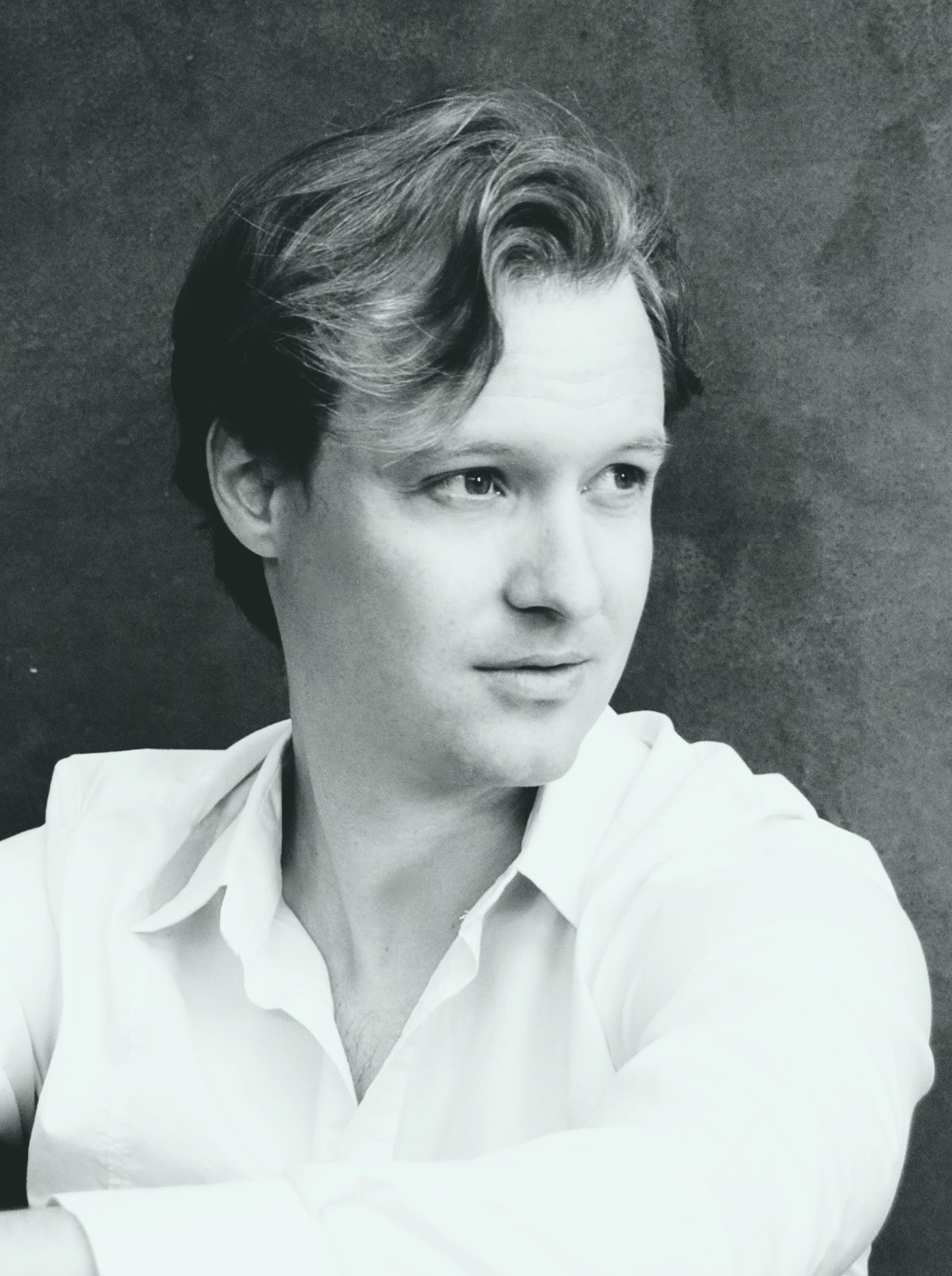 Just as Kieran Kitzgerald AB ‘03 starts telling me that he lives here in L.A. with his roommate from Harvard, that very roommate walks over to say hello from within the same coffee shop. After a couple minutes of Harvardian goodwill, Fitzgerald floats by the name of a professor of English who taught Dante—I don’t quite recognize it—and I learn that he graduated with a citation in Italian. For him, moving to Los Angeles several years ago to live and work in the heart of the business has meant letting go of a perfectionistic academic self. Staying up all night to write an essay and earn the ‘A’ is a comparatively streamlined, hard-work-meets-results counterpart to the roller-coaster, collaborative nature of filmmaking.

After graduate school at the Michener Center for Writers, it was through a multi-step passing-of-the-hands beginning with Fitzgerald’s father, then working as an independent producer in London, that Oliver Stone (PLATOON, JFK, SCARFACE, many others) read Kieran’s spec script about Cuban militants working for the CIA during the Cold War. From there, Fitzgerald was hired to write a novel-to-film adaptation, beginning a working relationship with Stone that would remain for years to come.

Fitzgerald reflects on his experience at the Michener Center for Writers in Austin, TX—the only M.F.A. program in the world to offer a fully funded fellowship for its writers. After a freak medical obstacle in which he became blind in one eye for 2 months, Fitzgerald felt compelled to apply to graduate school “to give it an honest shot.” It only took one good sample, but he was admitted (as the last applicant on the waitlist) into a class comprised of fiction writers, screenwriters, poets, and playwrights. Workshop was organized into groups of ten, with a combination of these types of writers represented in each group. The experience of having a fully funded experience without teaching obligations meant that Fitzgerald and his colleagues were free to entirely devote themselves to their craft. Michener served as an escape from the career and social climber-filled world that, depending on where you are, can define Los Angeles. With any and all “background noise” out of the picture, he put in his “10,000 hours and learned how to write.”

I ask Fitzgerald about the fight to see a project made in the industry, and whether the amount of time it takes to get a project off the ground ever feels discouraging. He shares the story of his father’s successful 30-year push to make an adaptation of South African writer and Nobel laureate J.M. Coetzee’s Waiting for the Barbarians. The film co-stars Mark Rylance and Johnny Depp. Persistence pays off, and in cases where it doesn’t result in an on-screen adaption, it can also take the form of a script (born out of his time at the Michener Center) that catches Oliver’s Stone’s attention.

As the recent grad at the table, I’m encouraged by Fitzgerald’s outlook, especially after having heard him describe spending months on a project with Activision only for the stocks of the studio funding the project to completely tank.

The project “just fell in on itself,” he remarks, but he has made peace with the roller-coaster nature of the industry. He believes that time spent writing is never wasted, but wonders out loud if the collapsed project was worth having to miss events like his Harvard reunion. 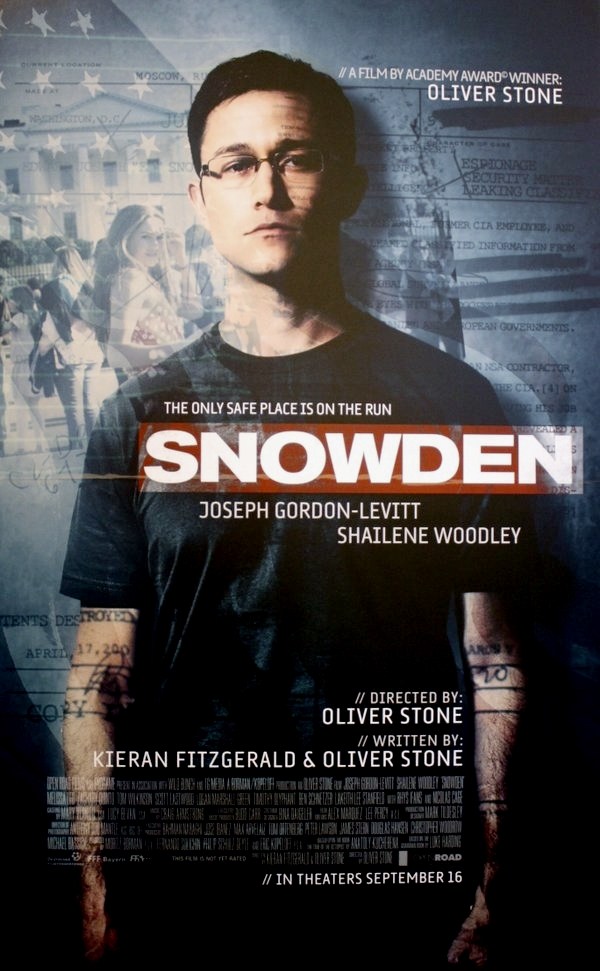 In asking Fitzgerald about his experience writing Snowden (2016, starring Joseph Gordon-Levitt), I mistakenly conflate the histories of Julian Assange and Edward Snowden, which leads him to speak more on the kinds of stories that he wants to write. He figures he wasn’t meant to be a comedy writer. As much as he enjoys watching comedy and appreciating the craft, stories with historical gravitas have felt the most important for Fitzgerald to create, with the added bonus of being an opportunity to educate the general public. The process of writing Snowden was incredibly in-depth and involved interviews with NSA and CIA employees to confirm narrative facts. Fitzgerald travelled to Moscow twice for weeklong trips to meet with Snowden, once before a draft existed and then afterwards to incorporate Snowden’s feedback.

If he could have a second start at his career, he might have found a writing partner early on in the process. His writing-directing debut, a feature documentary titled The Ballad of Esequiel Hernández (2007) about a young American student killed by U.S. Marines on the Texas-Mexico border, also wasn’t a deliberate foray into the documentary world. Most of the creative process in making the film played out during the editing process, since a lot of the day-to-day work consisted of waiting to receive calls back and scheduling interviews. Narrated by Tommy Lee Jones AB '69 and nominated for an Emmy in Outstanding Investigative Journalism, the film also marks the first and last time Fitzgerald formally directed. He openly admits to the natural fear that comes with wanting to direct again in the future after a long hiatus, but figures that the combination of directing his own written material and working with talented crew will ease the process.

As it draws closer to when Fitzgerald has to dash away for a nearby lunch, he acknowledges the role that luck has played in his success, even alongside all of his hard work.

The progression from making his first documentary to making a living by continuing to work in film was all a bit of a whirlwind, especially in getting hired on projects that he knew would be made at the outset. I didn’t get a chance to even scrape the surface of his experience writing The Homesman (dir. Tommy Lee Jones, starring Hilary Swank), but seeing as he made a mental note to check out the upcoming Harvardwood events, you might just get a chance to meet him sometime soon and ask all about it.