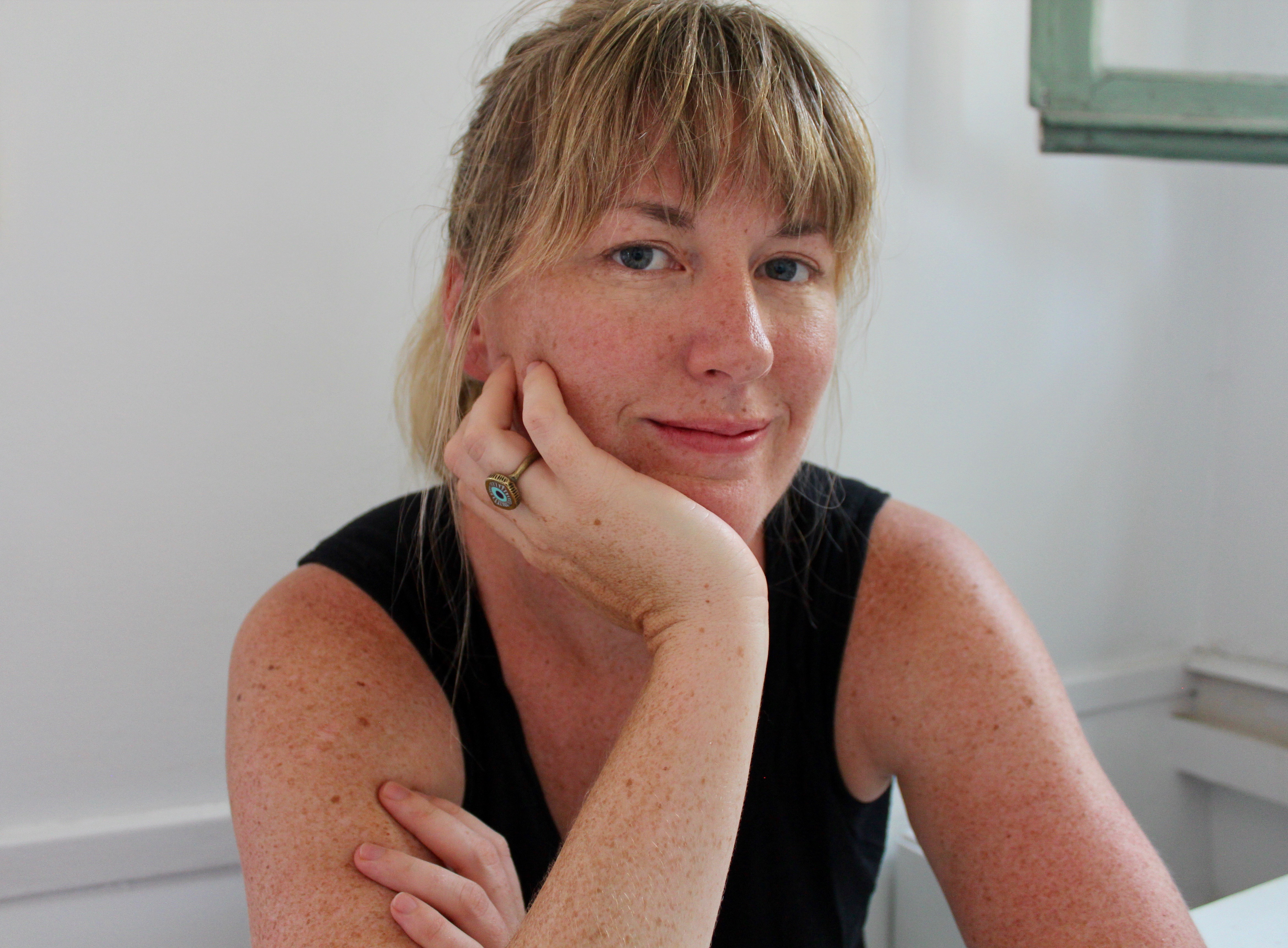 Maggie Shipstead AB '05 chuckles as she describes what it means to be a novelist in Los Angeles: tell anyone you’re a writer in L.A., and they’ll assume you write for the big screen. She can certainly hold her own in the face of Hollywood glamour: In addition to her two New York Times-bestselling novels, her travel writing has appeared in Travel & Leisure, Conde Nast Traveler, and Departures. She has the distinction of being twice named as a National Magazine Award finalist for fiction.

For years, her “primary obligation” was to attend workshop—Shipstead is a graduate of the Iowa Writers’ Workshop—but afterwards found herself suddenly faced with the task of choosing where to live in the world without having a scheduled, round-the-clock job. L.A. was a natural choice of home city for Shipstead, a Mission Viejo native whose parents live in San Diego, and she says there’s something energizing about living in a city of creative people in the constant process of making something.

If anything, she notes, “creative people trying to make stuff [is in many ways] more glamorous than the red carpet.”

As a travel writer by both side profession and hobby, it's unusual for Shipstead to be at home for a stretch of more than two months at a time; L.A. is home, but it’s also a point of leave and return. Though travelling and book research aren’t always mutually exclusive, the transition from writing maybe two travel stories per year to writing a handful has kept her very busy, especially in the midst of completing her third manuscript. 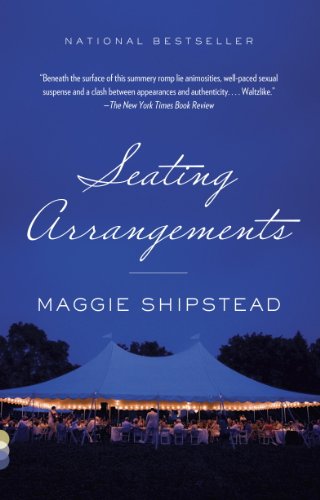 Maggie’s first novel, Seating Arrangements, was born out of the Iowa Writers’ Workshop as a short story. The story shared the same beginning and ending as her novel—a more condensed version of her published work—and then expanded into a debut that went on to win the Dylan Thomas Prize and the L.A. Times Book Prize for First Fiction. Seating Arrangements features the father of a bride as its protagonist and takes place on a Nantucket-like island where his family retreats to celebrate their daughter’s wedding. As part of her research for the book, Shipstead traveled to Nantucket on a writing fellowship. Living on Nantucket for eight months while working on her book was a formative experience for Shipstead, who didn’t know or talk to anyone on the island.

“The longer I didn’t talk to anyone,” she says, “the weirder I would get.” Weeks would pass without a face-to-face interaction, and the experience “hardened [her] for solitude and focus.” Nantucket in the winter is an abandoned town–indeed, writing about an island in the summertime was a form of escapism—and she attributes her foundation in disciplined writing habits to this period of solitary work.

For Shipstead, starting her years at Harvard was a bit of a culture shock, as it can be for many. While she adjusted to life in a city, her Harvard journey was very much a process of “mellowing out after being a competitive high school student,” to the point that Shipstead jokes that earning a B+ in a class merited a “good job!” from her parents. She met peers who made her realize, “Oh, so that’s who ends up being a Rhodes Scholar.”

At first, Shipstead considered concentrating in Social Anthropology, but every class she wanted to take fell in the English department. It was also at Harvard that she took a writing workshop led by author Zadie Smith (White Teeth, Swing Time, NW), who was on campus as a fellow of the Radcliffe Institute for Advanced Study. Shipstead applied for Smith’s workshop and, as was the practice at the time, went to inspect the list of admitted applicants posted in the English department. She didn’t see her name on the list—until, haphazardly, someone alerted her that she had made the class roster. As it turns out, Shipstead had been looking at the wrong list, and describes the moment as “life-changing.” In the workshop, Smith apparently spared her eager Harvard students no level of criticism.

Rounding out Shipstead’s Harvard experience was writing the Hasty Pudding show senior year alongside John Blickstead ‘06, now a television writer living in Los Angeles. If Harvard didn’t change her hugely in an intellectual sense (she jokes that she’d do more of the readings if she had a second time at Harvard), Shipstead credits her collegiate years with giving her a newly imbued sense of confidence. Her immediate post-graduate period initially lacked professional direction. She rented an apartment with some friends and worked at a law firm in Somerville—unsure whether or not she should apply to law school—when she applied to the Iowa Writers’ Workshop, assuming she wouldn’t be admitted. 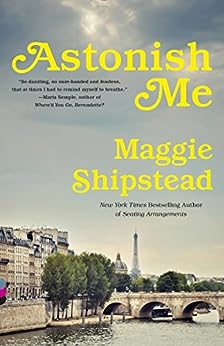 Shipstead’s second novel, Astonish Me, features an ex-ballerina re-entering the ballet world via the process of raising her ballet-prodigy son. The time it took from starting Astonish Me to selling it was only five months, which Shipstead acknowledges may have set unrealistic early expectations for just how long the book-writing process would last. It took her four years to write the first draft of her third novel, Great Circle. The manuscript reached a full 980 pages, and completing another draft took somewhere between six and eight months.

Because the book was sold in October 2018, Shipstead explains that its typical window of publication would land in Fall 2020. Due to the upcoming election cycle, however, and this one in particular, publishers are avoiding book releases during that season. Accordingly, Great Circle is due in Spring 2021—the silver lining of the delay being that Shipstead has more time to write.

In crafting Great Circle, Shipstead was “determined to write a long book about a woman... that isn’t necessarily a love story.” Her protagonist is a female pilot trying to fly around the world from north to south, which required heavy research on aviation and aviation history, especially given that the book begins with the birth of its protagonist in 1910. Though she deals with mental burnout—”my lowest moments were when I couldn’t make a choice: past or present tense?” Shipstead says—the best breaks from her four-year writing process has been her travel assignments.

Four years ago, an editor at Travel & Leisure asked Shipstead if she wanted to go to Hawaii (and get paid to write about it), and the rest has been history. Her love of travel is inspired by both her parents’ own travel adventures throughout their lifetimes and a trip to Europe she took with her mom at age 13.

“We didn’t have an agenda,” she remembers, and the trip lasted a full month. Now, she often gets assigned luxury travel, which can limit the scope to which she’s able to write about environmental issues. Shipstead has spent a fair amount of time travelling to and writing about Earth’s polar regions, an experience marked by self-immersion in natural beauty in the process of disappearing.

Recalling her travels to the Canadian high Arctic, Shipstead reflects on the fact that visiting the graves of British explorer Sir John Franklin’s 1845 lost exhibition now costs money. Of an Arctic cruise she took on assignment, she figures she can “ding [the cruise] for their [use of] plastic,” but in doing so would still find “a table full of plastic bottles” in sight. In other words, she continues to be conscious of the fragile worlds to which she travels, but recognizes the limitations of writing relatively shorter pieces for luxury magazines while on assignment. Shipstead laughingly describes an experience when she was writing at a bar on a ship, when a woman approached to ask “if she was creating a little story over there.”

The physical travel and research that go into Shipstead’s writing process inhabit a world bigger than any “little story over there.”

“Writing has broadened my life in ways I couldn’t have anticipated,” Shipstead notes, and has “taken her into a wider world.” Of course, “going in front of a room full of people and accepting the prizes” she has received for her books were greatly rewarding moments, but to Shipstead, prizes can be arbitrary.

Selling Great Circle was a moment of triumphant relief due to the unusual nature of her 900-page-plus manuscript in its earliest form. Her next book is shaping up to be a collection of stories—which in a way marks a return to beginnings, given that her first novel was expanded from a short story.

Writing full-time has also meant learning how to “deal with her inner critic” and “letting go of a notion of perfection.” In “making peace with [her] books not being perfect,” Shipstead is able to navigate the days that “get away from her” without too much worry, and she reports this with a measured and self-knowing confidence.