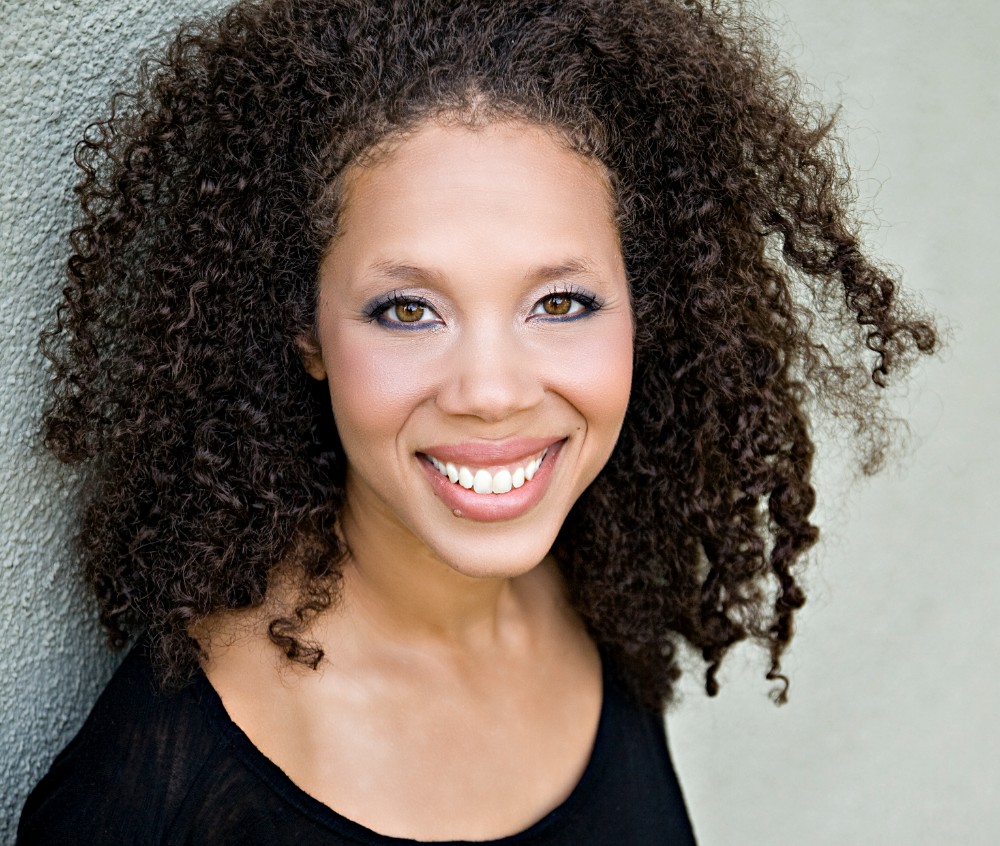 Kelley Nicole Purcell ‘02 let her love for music guide her path to be a singer, artist, and champion for the artistic community—including our own Harvardwood community! (She served as the Executive Director of Harvardwood from 2009 to 2013). Now the Senior Director of Member Outreach for the Recording Academy, Kelley has toured in Africa with the band Soulfege, released multiple EPs as a solo artist, and now attends the GRAMMYs annually. She also performs in Shattered Glass, a musical-poetry hybrid performance piece surrounding the healing power of art.

While growing up in Teaneck, New Jersey, Kelley’s interest in music was a constant; she sang in school choirs while focusing on athletics as a kid. Describing herself as “too shy” to perform solos, she preferred to be in the background, in a group, like the choir. At Harvard, Kelley continued running track, but she realized that music was her true passion. Music became a bigger part of her life—she was a part of the Kuumba Singers, the Radcliffe Choral Society, Sisters (Kuumba’s a cappella group) and the Black Arts Festival. She spent her breaks traveling internationally and all over the United States with Kuumba and RCS, creating some of her “best memories” from college. In fact, Kelley's best friends from Harvard were through Kuumba, her “family on campus.”

Performing with Kuumba was also the first time Kelley began performing solos, further stoking her love of music. By junior or senior year at Harvard, Kelley confesses, her classes were more of an annoying formality. The bulk of her time and interest was invested in her extracurricular life. She found that her interests in the arts, humanities, and the human experience went beyond her chosen Economics concentration. For Kelley, music was a vital avenue of self-expression; she once joked with her choral director, “Can’t I just sing and travel and play music for the rest of my life?”

Ultimately, the answer to that question was "yes." After graduation, Kelley deferred her consulting job offer for one year so she could pursue music instead. She lived at home in New Jersey while working on an EP with her manager, with whom she had collaborated since senior year, and took auditions in New York City. Kelley also interned at Def Jam Records in New York, learning about the business side of the music industry. Meanwhile, she found that her first post-grad year was difficult because of the lack of structure, and she longed to create music collaboratively, as she had in Kuumba. Kelley returned to Boston frequently to work with a band of other Kuumba alums, and when she moved back to Boston to begin her consulting job, she was able to perform regularly with Soulfege. 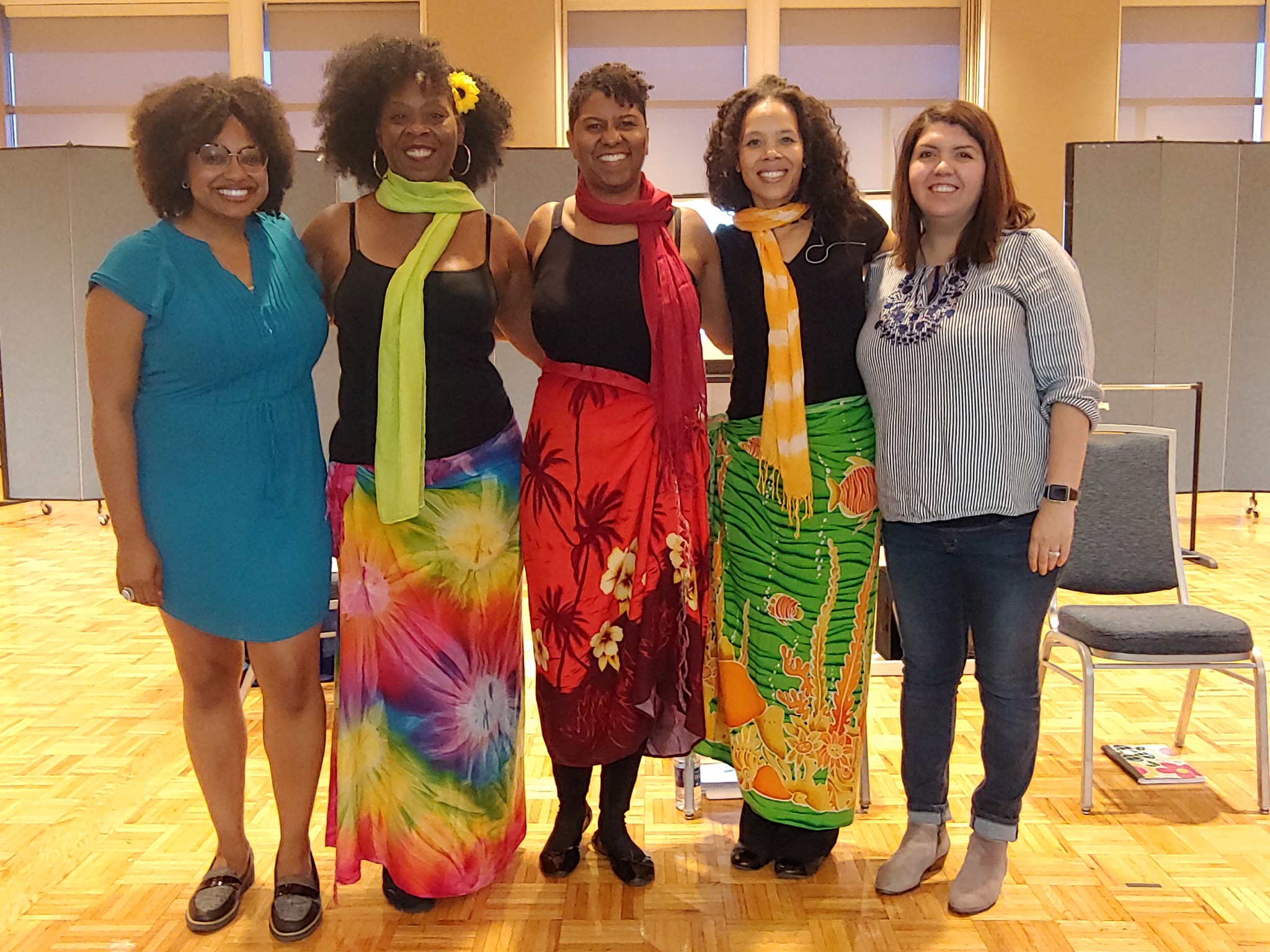 Soulfege was a “world fusion” band—the leader being from West Africa—and also combined elements of R&B, rap, pop, and reggae: “the Fugees meets No Doubt, but with a world sound.” Kelley and the band played gigs in Boston and recorded music, all while she worked full-time as a consultant. After one year, however, Kelley quit her day job, longing for more time to be an artist.

Then, a conversation with Jack Megan, the Director of the Office for the Arts (OFA) at Harvard, serendipitously turned into a day job at the OFA as his assistant. This position enabled Kelley considerable flexibility in her schedule, so she could continue making music and gigging with Soulfege. She also learned a lot about arts administration and took ownership of large-scale events on campus, such as a celebration of Leonard Bernstein’s work and the annual Arts First festival.

After two years at the OFA, Kelley quit her job because Soulfege started to take off. The band had toured internationally to West Africa, recording music and a music video there. When they returned stateside, major Boston press was interested in their story, and the band sought representation in Los Angeles. Kelley, a self-described “east coast girl,” had envisioned the band moving to New York and getting a deal at a record label there, but the band leader took meeting after meeting in Los Angeles, staying longer and longer each time.

So in October 2006, Kelley moved to Los Angeles with Soulfege, under the impression that her stay would be a six-month or year-long stint before her inevitable return to New York. She has since lived in Los Angeles for 13 years! Like many performance artists, the band experienced ups and downs: the management company that had brought them out to Los Angeles did not pan out as expected, and Kelley felt lonely and isolated. In 2008, she left Soulfege but remained in Los Angeles, having found a new church through a Kuumba friend. There, she joined the Praise and Worship team, a choir with rehearsals on Monday nights, and it became a refuge while she sorted out her life in Southern California. Kelley became fast friends with the keyboardist, a funny guy named C-Aye (pronounced like the initials, C.A.) who is now her husband. After joining the church and meeting more like-minded people through C-Aye, Kelley's L.A. life brightened. 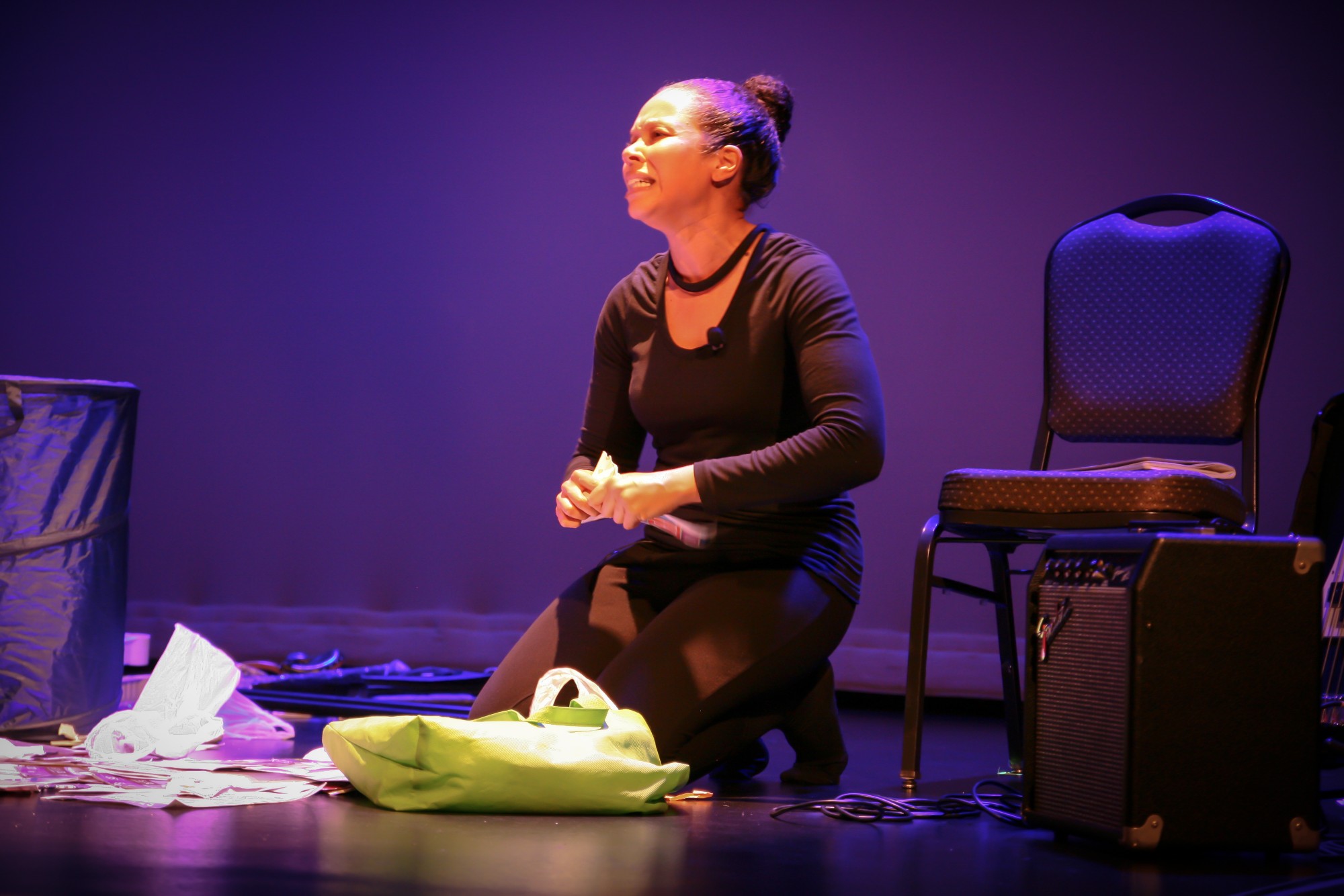 In the meantime, Kelley had joined Harvardwood back in 2003, the organization's early years, and had employed Harvardwood's resources to promote her shows and to help navigate her career. In 2009, she came across an opening on the Harvardwood Career Center for an executive director—of Harvardwood! Kelley's work at the Harvard OFA and her extensive experience as a performing artist made her uniquely qualified for the role.

According to Kelley, becoming so deeply involved with Harvardwood made her realize how many artists were coming out of Harvard, just like her. She had initially felt like the odd one out, graduating from Harvard and pursuing music, but Harvardwood validated her career aspirations. Kelley also remarks on how much she enjoyed being involved in Harvardwood 101 from an administrative side and hearing students' differing insights about their (prospective) careers in entertainment after participating in the program. Some students understood the sacrifices they might have to make, but were so passionate about their artistic goals that they did not care, while others elected to pursue different career paths.

Serving as Harvardwood's Executive Director gave Kelley the flexibility to work from home and, more importantly, to work on her music. At this point, she was writing her own music and collaborating with C-Aye on piano and as a producer. In 2011, she released another EP of her own music and was booking her own gigs around Los Angeles, New York, and Boston. Though Kelley is extremely proud of that record, the process of self-producing and self-promoting it had been exhausting. Instead of getting back into the studio immediately, Kelley diverted her attention to some other projects.

Shattered Glass is a performance piece inspired by a book of poetry written by her friend Shaunelle Curry, and it follows a woman’s use of art to overcome a traumatic experience. Kelley and Shaunelle had in-depth discussions about performance, music, and poetry, and the show evolved from those collaborative talks into a 4-act musical play. Kelley’s original music became the perfect complement to Shaunelle’s poetry, and the show was performed across the United States at numerous colleges and women's shelters, where the story is especially resonant. Today, Shaunelle and Kelley still perform Shattered Glass—in fact, they had two shows this April! 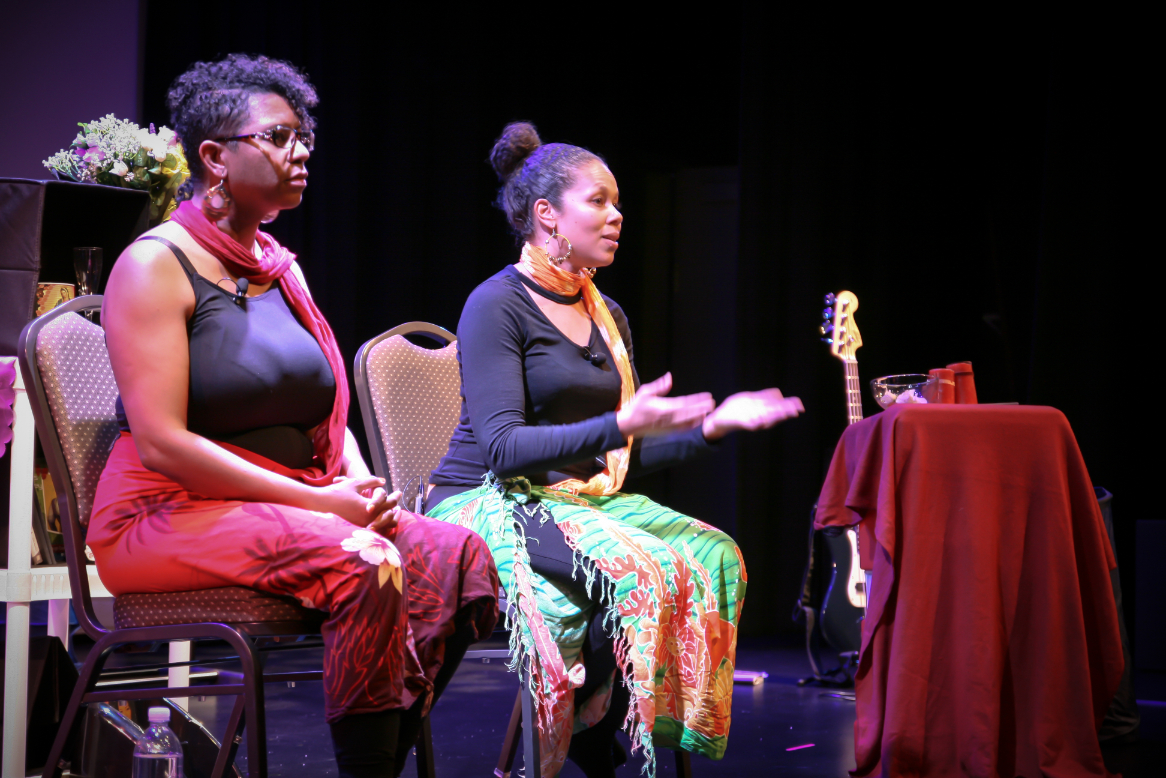 Kelley wasn’t looking for a job when she received a LinkedIn message with the word "GRAMMY" in it. She almost deleted the message—but instead, she opened it. “A real person” had contacted her, asking if she would be interested in becoming the Executive Director of the Los Angeles Chapter of the Recording Academy (her first position at the Academy). Kelley's impressive resume in arts administration, as a recording artist herself, and as the creator of Shattered Glass made her an excellent candidate for the role, one aim of which was to support artists in making music. 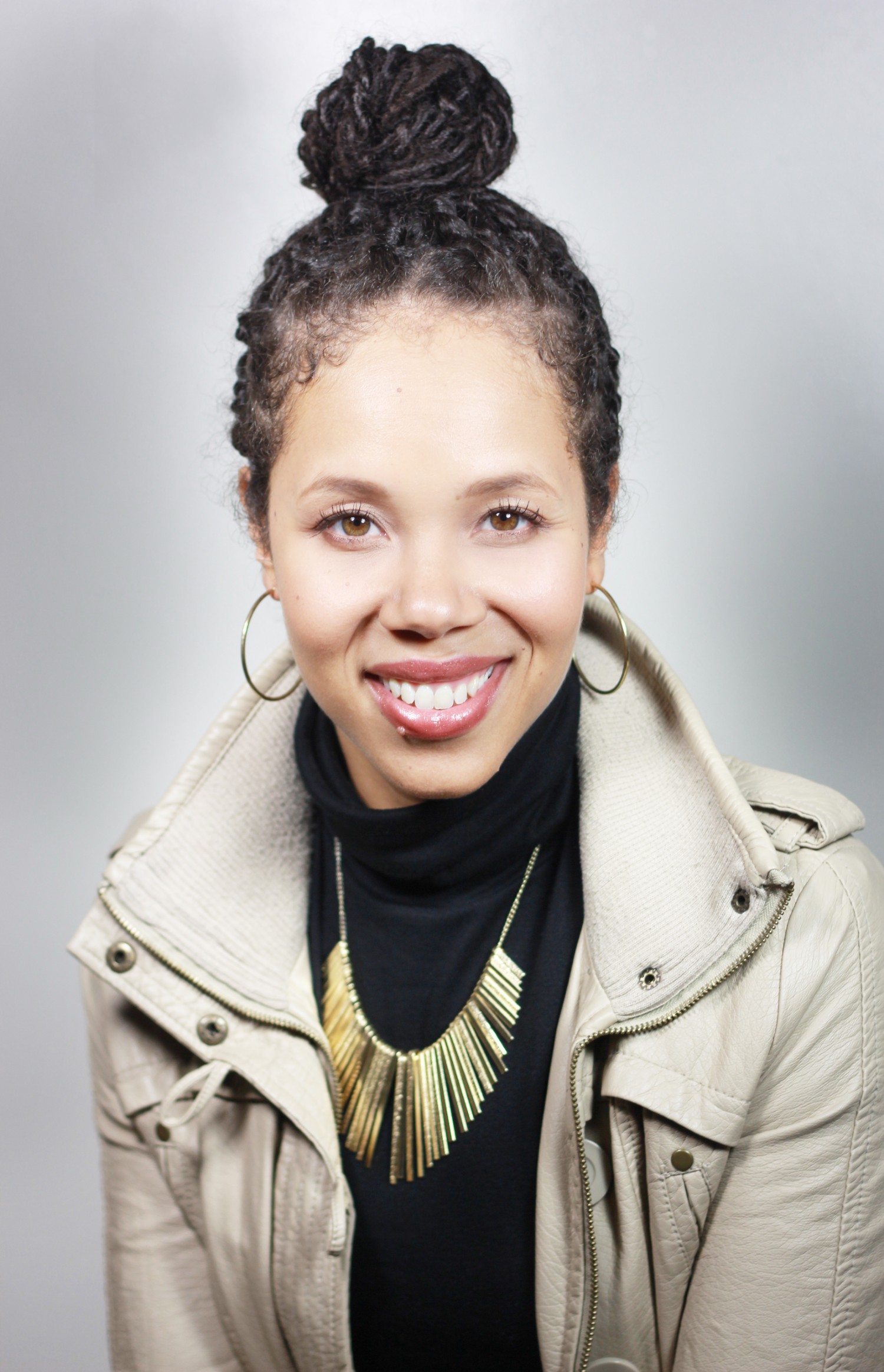 At first, Kelley was concerned that taking a job as an executive might temper her ability to be creative. But she spoke with a Harvardwood Advisory Board member, Robert Kraft AB '76, an executive at Fox who had helped Kelley build Harvardwood's music programming, including Harvard ROCKS. Kraft told her: "You never stop being an artist; you just translate." He encouraged her by sharing that he had found creative inspiration in his position as an executive. So Kelley accepted the position at the Recording Academy in 2013, supporting membership, recruiting, doing advocacy and charity work through MusiCares, and celebrating members at the annual GRAMMY Awards.

Kelley describes her career as one of many twists and turns, but its throughline has been her faith that the hope, passion, or desire behind each major career change would grow into a worthwhile endeavor. To new alumni seeking creative career paths, Kelley recommends taking a breather after Harvard to pursue their artistic projects—while also keeping their LinkedIn profiles up to date! As evidenced by her tenure with Harvardwood, not to mention her work before and since, Kelley is a fierce advocate of the artistic community.