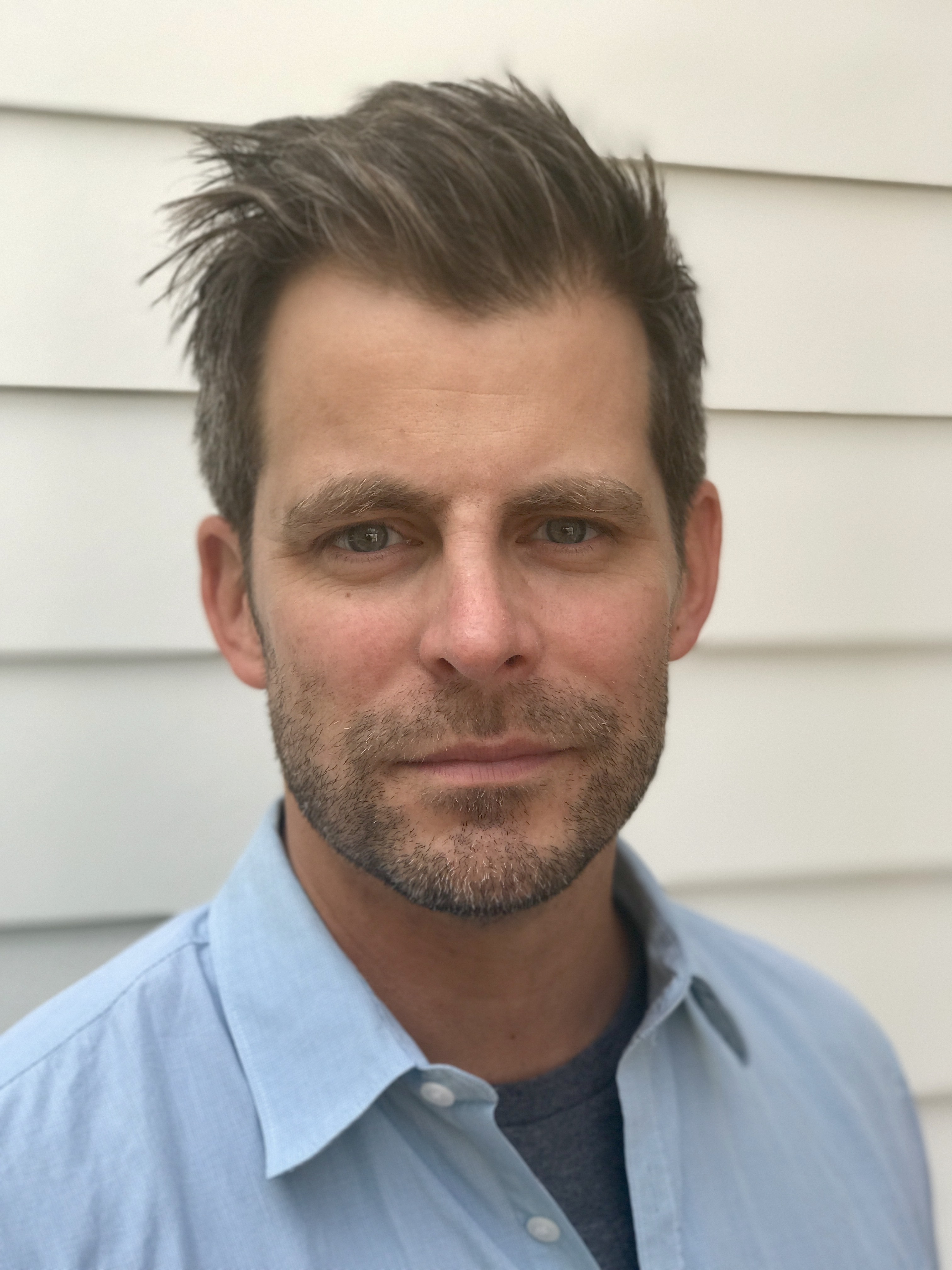 The career of Grant Thompson AB '98 is varied and broad, much like his interests. A native of Gainesville, Florida, Thompson grew up playing sports, writing and acting in his high school drama club, and contributing to sketches for homecoming. While well-rounded, he didn’t consider himself a TV or film buff, and until he took Math 21A, he was planning to study math at Harvard. Instead, he studied history.

Meanwhile, he played basketball from freshman through junior year, in addition to being a member of the Phillips Brooks House Association. Thompson recounts his first year at Harvard living on the fifth floor of Weld, where he and his roommates, with whom he remains friends, had a water balloon launcher that they'd use to fire projectiles collected from the dining hall out their window onto the steps of Widener.

As an undergraduate, Thompson’s creative endeavors ebbed and flowed—his first performance was in the sketch show Real Class of ‘98, inspired by an earlier project by Paul Cabana AB '96. The show revolved around life at Harvard for the freshman class and took place in the Freshman Union’s theater (Thompson’s class was the last year to eat in the Freshman Union before Annenberg opened for freshman dining). Thompson says that this experience “whet my appetite” for performing. During the spring of that first year, in fact, he was cast during Common Casting, only to be forced to drop the opportunity due to a broken collarbone sustained while snowboarding.

After three years on the basketball team and an internship on Wall Street the summer before, Thompson’s senior year began with an inclination to pursue more creative projects that fall. He acted in a senior thesis musical by Derrick Ashong '97, and he participated in a dance battle with Baratunde Thurston '99. Additionally, his blockmates and other cast members of the Real Class of ‘98 sketch show revived it in the Leverett Library Theater during their senior spring.

Thompson attributes an on-campus presentation by producer Chris Moore '89 as one of the motivators that compelled him to move to Los Angeles. At the presentation, during the fall of 1997, Moore asked, “How many of you know who know who Matt Damon and Ben Affleck are?” After no one did, he said, “Well, you’re about to.”

With the release of Good Will Hunting later that year, Moore's Matt Damon example deeply bolstered his ambition to pursue a career in the movies.

After graduation, Thompson decided to defer a consulting job offer from McKinsey and instead moved to Los Angeles to act. While moving, Thompson got back in touch with Moore and after some phone tag and a 20-minute wait on the line, Thompson impressed the producer with his patience. Moore invited him to the Beverly Hills Y for a Wednesday night basketball league. Thompson played in that league for 12 years alongside others in the industry, though he's quick to say the players did not indulge in "shop talk."

During his first few years in Los Angeles, Thompson focused on acting but continued to write on the side. Despite deferring the McKinsey job (spoiler alert: he never went!), Thompson also worked on cases for another consulting firm while taking acting classes and picking up side gigs.

Thompson's big break came after a casting director found him at a showcase, and he was put up for roles on popular series such as Felicity and Dawson’s Creek. From age 22 to 27, he was a working actor in TV, movies, and commercials. In fact, in 2004, he was the star of the Geico commercial “Reality Show” and was interviewed on The View as part of a segment highlighting favorite commercial stars. Recently, Geico began rerunning their greatest commercial hits and Thompson still receives calls from colleagues and friends who have only known him as a writer, asking why he was on a Geico commercial. 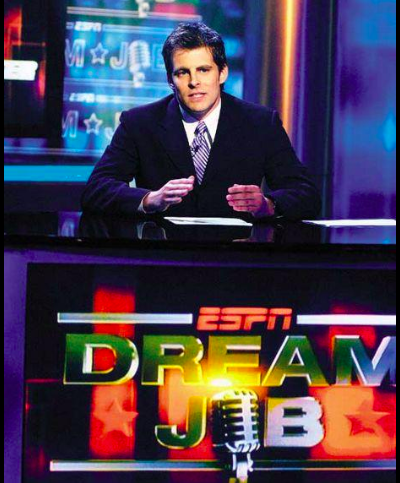 Despite his status as a Favorite Commercial Star, Thompson gradually stopped acting. In 2004, he was a contestant on ESPN’s Dream Job, a competition that aimed to find the next ESPN sportscaster. A long-time fan and athlete, Thompson was a finalist in the competition, only to be eliminated in the final round that took place in New York City. Most of the other contestants continued careers in sports broadcasting, but Thompson decided to return to Los Angeles, where he began writing more seriously, though his interest in sports continues to influence his work.

At the age of 29, he wrote a dark script, which he describes as uncharacteristic of his current writing style, titled Corey Feldman Is My Wingman. His attorney passed the script to a literary manager, who suggested that he write something more mainstream. So Thompson began working on The Angler, a story exploring the relationship between a father and son through fishing. Thompson says The Angler captures his writing style—emotional, inspirational, character-driven stories—and that the script was the first to make him “a writer” in the eyes of studio executives, agents, and producers. 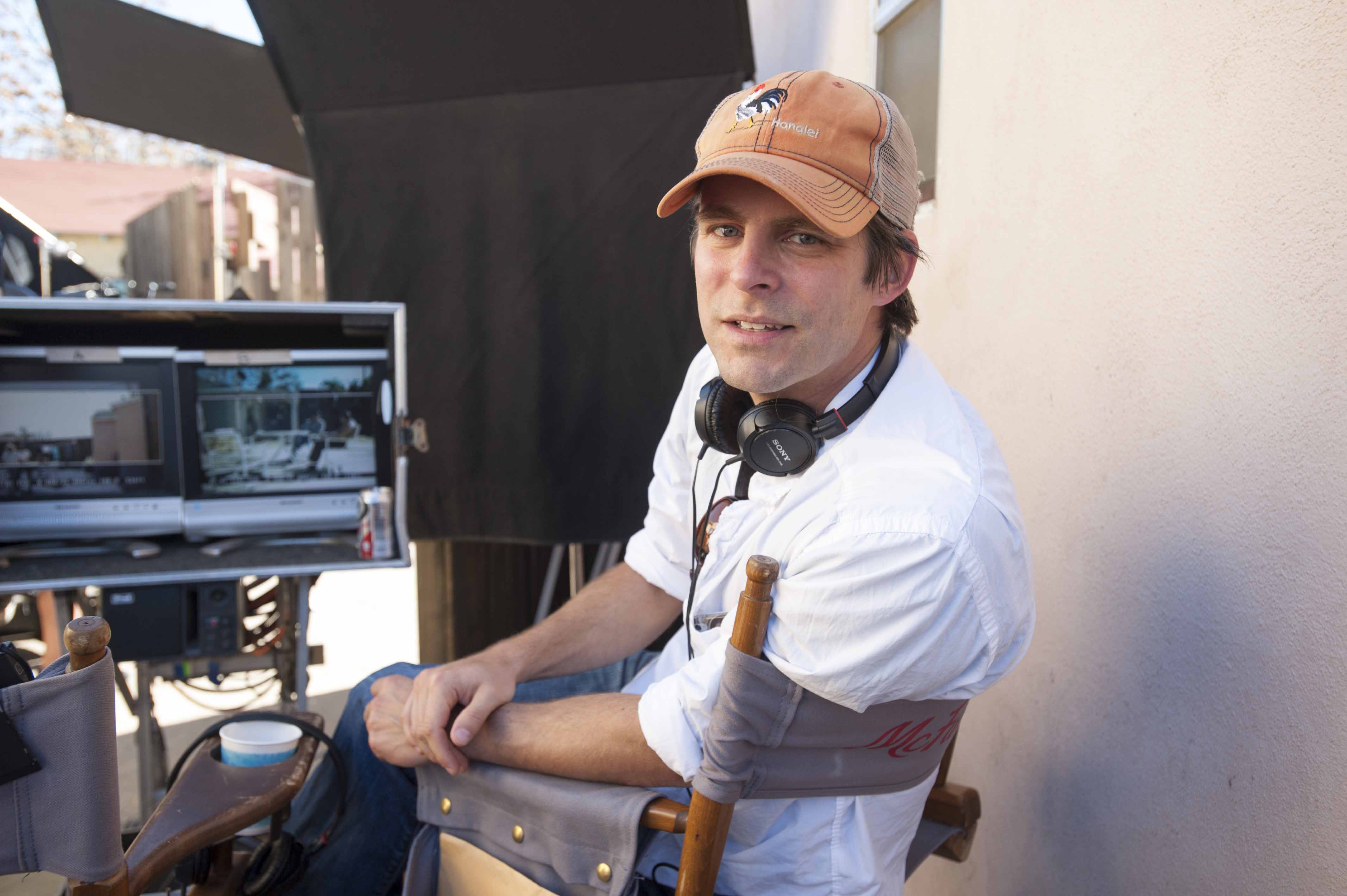 His writing break came with McFarland, USA, a true story of a coach who creates a formidable cross-country team out of a group of teenagers from a predominantly Latino high school. Gordon Gray and Mark Ciardi were brought in to produce the Disney project, and Thompson was one of the writers to whom they pitched the project.

Knowing he would need to be the first to pitch in order to get the job over more experienced writers, Thompson went through the source materials and created a detailed and thorough pitch in about a week. After his initial pitch to the producers, Thompson was brought to the VP of the studio and then presented to the studio head. (From his acting days, Thompson says that he finds pitching “fun” and much easier than auditioning).

Thompson was hired, director Niki Caro was attached, and once Kevin Costner signed on for the lead role of Jim White, the project was greenlit. The NAACP awarded Thompson “Outstanding Writing in a Motion Picture” at the Image Awards; he is proud that with its inspirational storyline, the film brings a new modern take on the American dream. Thompson designates McFarland, USA as his favorite project because it’s a film that he can show to his daughters—he has three under the age of nine.

After McFarland, Thompson was hired on other projects, many in the same vein as the inspirational sports stories he'd proven to be so adept at writing. He conceived Spitfire after watching Danica Patrick become the highest-finishing women in the Daytona 500 since 1951. Curious about what had happened in 1951, Thompson visited the Daytona Beach Library and learned about female racecar driver Louise Smith, upon whom Spitfire is based. The project was sold to Lionsgate, with fellow Harvard alum Nicky Weinstock AB '91 producing, and has been in development.

Thompson was also hired to write a script in Pixar’s Cars universe that was shelved, but he has since started working on a second animated movie, hopefully going to production later this year.

Though writing for animation is structurally different, Thompson explains, it keeps him focused on his strengths by writing toward themes that he can translate. "It’s fascinating to see how animators can enhance your words visually."

Thompson credits his acting career for his biggest strength in writing—his dialogue has been praised for being a good blueprint for what happens on screen. Despite having written and sold five television pilots, he has chosen not to staff a TV show, though he is currently working on a one-hour drama with Warner Brothers for ABC.

In addition to writing, Thompson served as a creative adviser for JB Games, Jerry Bruckheimer’s video game company, which has since dissolved. He also ran the Start Channel for IGN as their creative head. In 2012, he started the channel from scratch, gaining 275,000 subscribers, building a year’s slate of programming, and overseeing the day-to-day operations of a high-content-producing YouTube channel in a world before streaming.

Ultimately, Thompson's career has been a testament to the value of varied experiences and interests that inform his longstanding passions and career prospects. From athlete to actor to sportscaster to writer, he threads together themes of curiosity and competition, inspiration and patience. Given his advice to “stick to what you’re good at,” it is no wonder that these themes show up in Thompson's work time and again.