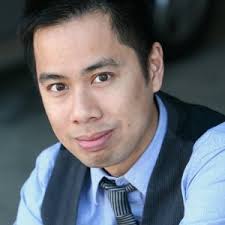 In retrospect, it’s almost as if Mandel Ilagan’s career in unscripted content was, well, scripted. When other kids at his school in Cooper City, Florida, sought the playground at recess, Mandel would lead classmates in an impromptu version of The Price is Right. When friends came over, they’d spend hours playing board games or watching game shows. And by the time he arrived at Harvard in the fall of 1995, after having studied humor and screenwriting at a Harvard Summer School course the summer before, Ilagan knew that he wanted to work in television.

“That being said, we know that there's no real sort of TV division at Harvard,” he recounts one afternoon in March. He took the lack of plotting as an opportunity for growth; to give himself “as broad an education as possible,” he opted to concentrate in economics.

But it didn’t take long for the TV itch to surface. While strolling through an activities fair at the beginning of his freshman year, he was drawn in by the table for Harvard Television. The club was launching a game show, and Ilagan immediately signed up to help produce it.

As has happened many times in his career since then, preparing for that first opportunity offered the chance to take on more. His dedication to the production of the show—preparing host auditions for their tests, explaining the mechanics of the game—caught attention, and soon he was asked to host the show himself. Thus began his four-year gig of leading “Survey Says,” an homage to Family Feud that pitted students from different houses against each other. Combined with his role as Vice President of Harvard Television, playing piano in various campus musicals, and writing and “attempting to act in” a sketch comedy show called The Common Room, Ilagan’s broad education skewed heavily into entertainment.

A summer internship before his senior year with the Academy of Television’s comedy division cemented his decision to move to Los Angeles following graduation. As an intern on the set of Tim Allen’s sitcom Home Improvement, Ilagan received a crash-course in both production and the many networking avenues in the industry. "That was a great experience to see how a full-on television production worked and to see many different aspects. But what was even more valuable were the connections I made both through that internship and other people I had met while out in the area."

Those connections paid off soon after he moved to LA in the summer of 1999. While working as a page at CBS—and gleaning insight from onset productions of The Price is Right, Hollywood Squares, and The Young and the Restless, among others—Ilagan got a call from one of the producers he had stayed in touch with following his first internship at the Academy of Television. The producer was working on a response to Who Wants To Be a Millionaire?, which had just become an overnight success. The development schedule was tight; could Mandel take time off his page job and help out?

Ilagan agreed “and before I knew it, I was reporting to the Dick Clark production offices.” Though officially hired as a production assistant, the scale of the task ahead required all hands on deck. "We basically had about a month to come up with the format of the game and refine it and show it to the Fox executives to order it as a series,” he remembers. Crucially, Ilagan was “very lucky” that he was encouraged not to let his production assistant duties "prevent you from (contributing) if you have ideas for how the game works or ideas for questions, we're in such a crunch time that all ideas are on the table." Drawing on his quiz show background, Ilagan submitted questions to the head writers; if the show got picked up, he was told, he would not be headed back to CBS as a page. Greed premiered that fall on Fox and ran for nine months, during which time Ilagan rose from researcher, to researcher-writer, to getting questions on the air.

On a game show, as in life, success comes through a combination of preparation, opportunity, and good fortune. Following the success of Who Wants To Be a Millionaire?, game show productions were in high demand—a cultural moment that Ilagan, inadvertently or not, had been readying for years in advance. “I was very lucky,” he says. “It was definitely a right place, right time situation, but also it was taking advantage and really proving myself. Because it can be the right place, right time, but you still have to make sure you've got the skills and talent to prove your worth."

His work on Greed carried forward; despite the show’s cancellation in 2000, his experience led to an offer to develop game show pilots for Fremantle Media, the company behind such hits as American Idol, Family Feud, and Ilagan’s beloved The Price is Right. In another gift of timing, leadership turned over early in Ilagan’s time with the company, and a mentor tapped for an executive position took extra notice of his work. He created a position for Ilagan on the development team, initiating a “great” five-year run in unscripted development.

With Fremantle, Ilagan had a hand in some of the most treasured installments in the game show genre. He brought back Press Your Luck, one of his “favorite shows of all time,” on the Game Show Network. And he didn’t hesitate when offered the chance to submit game ideas to The Price is Right. He took the offer, stewed in LA traffic, and delivered an idea for Half Off the next morning. Weeks later, he received a call; Bob Barker loved the idea. Half Off premiered in 2004 and still runs in the show’s cycle today. It’s surreal, Ilagan says, to be a “part of a show that I grew up watching. I'm part of the legacy of it.”

Staying true to his belief in the power of professional relationships, Ilagan left Fremantle in 2005 to follow one of his original mentors—the producer who introduced him to Greed—to help start up the Fox Reality Channel. Further connections led to a development job at Hasbro, where he began Family Game Night, based on the company’s catalog of games. Then came a year of freelance consulting and continuing connections to find the next step.

"People often forget—a lot of this business is learning how to manage upwards and downwards,” Ilagan says. “Knowing who you are working with and who you are working for. As best as you can—it's not always an easy read—how do you make the most of those relationships that you create and you build and you make in each project you work in and each company you work for?”

The connections led to a call from Nickelodeon to help expand the company’s unscripted programming. Within a month of the call, Ilagan was brought aboard as an executive consultant for unscripted development, and is now the Vice President of the division. He’s helped to bring about Paradise Run, Jojo Siwa: My World with Youtube star JoJo Siwa, and the recently premiered Keep It Spotless, a show in which two teams compete to be the least messy in what resembles a human paint-spinner.

Ilagan is particularly proud of Keep It Spotless, he says, because it tackles the main challenge of unscripted programming: keeping up and keeping things exciting. "What I love about it is that it's a prime example of how we're trying different things here with unscripted, really trying to freshen up what you expect from us, unscripted-wise.”

Keeping pace with the ever-changing glut of content is his greatest challenge, Ilagan reveals, but one that feeds him with energy. Between Youtube and Netflix, Snapchat and Music.ly, "our audience has so many different choices now in terms of how to consume content. So we're really trying to find ways to stand out. Not just what's out there from others but what we've done before. What I love about what we've done with unscripted is if you look at all the shows we had in our unscripted slate...we're presenting something different and fresh and new while still staying true to our brand, which is fun and funny and fresh and playful."

Ilagan’s main advice to those looking to break into the entertainment sphere is the key to his roadmap from intern and CBS page to content VP: networking and preparation. "The big thing is networking and meeting people...especially if you find somebody who champions you and almost mentors you, that's a bigger plus to have,” he says. “Then the other thing, too, is just being ready to jump in and take advantage of an opportunity when it presents itself to you. A lot of those times, you don't have time to plan for it, so you just need to make sure that you have the skills and that you're ready to tackle it whenever it happens."

Additionally, he advises newcomers to stay informed on not just what’s working in the industry today, but also what’s not working, and why. "It's very important to be aware of the competitive landscape, even if it doesn't 100% apply. A lot of people will say, ‘This show doesn't work because it sucks.' Well, why? There are reasons why some things don't work, and knowing those reasons helps you shape what you need to do to make something work."

Still a daily viewer of The Price is Right, an avid board game player, and even an (admittedly poor) contestant on HQ, Ilagan has turned his lifelong passion for games into a blueprint for success, and that keeps the goal today simple. "I just want to create something that will give people some fun and some enjoyment, to give people a break from—especially these days, from all the craziness that's going on. And that's why I love working at Nickelodeon. It's just pure fun.”