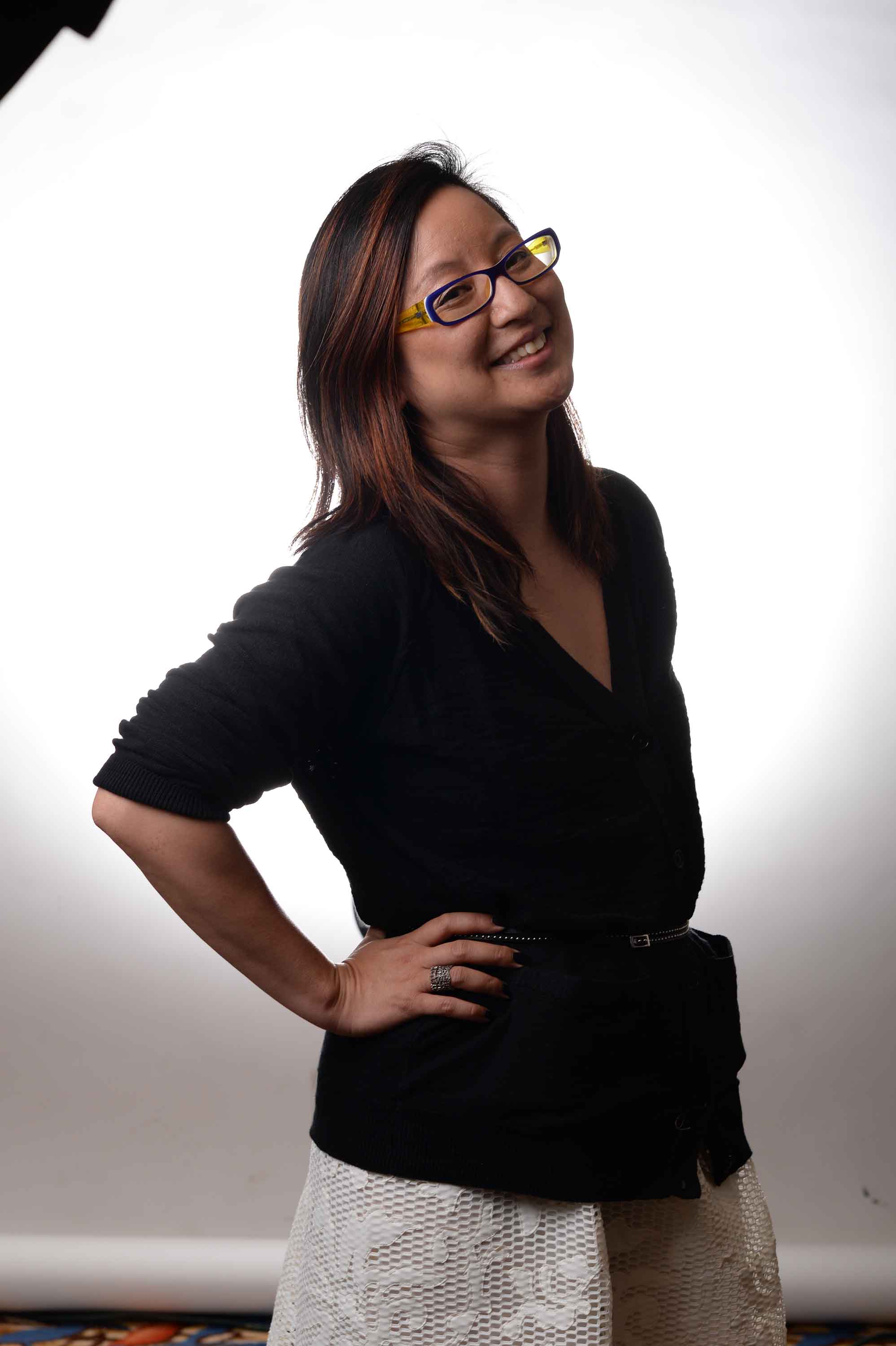 Before the elephant in the room grows any larger, Chu cheerily responds to the question she is always asked:

“Yeah, my parents were cool with me becoming a comic book writer,” laughs Chu. “I mean, I already did everything a good Asian girl is supposed to do. I had a career in management consulting, and I have two boys—so now, it’s sweet revenge time as the ‘anti-Tiger Mom'! It’s sometimes still weird, however, when you have to explain what you do.”

The reference to Harvard’s own Tiger Mom, Amy Chua AB '84, JD '97 (with whom Amy Chu is sometimes confused), and the cliché about driven Asians and their strict child-rearing tendencies come full circle when Chu is in Toronto for Fan Expo. Since Chu's grandmother lives there, of course she plans to visit her.

So, Chu ducks out of the convention with a pit in her stomach, preparing for what she’ll say when she hears her grandmother ask: “What are you doing in town?” Instead, when the pair catch up, the first thing Chu's grandmother says is: “Your dad told me that you’re writing comics.”

“It turned out that my grandfather loved comic books, and he had many titles sent to him when he lived in Hong Kong,” smiles Chu. “For my grandmother, the anti-Asian-American career path is all right in her book.”

But it’s not like Chu followed her passion to get to where she is today. Chu was a publishing executive, and in 2011, while helping fellow HBS grad and entrepreneur Georgia Lee AB '98, MBA '09, the two women realized that there was a huge business opportunity in the underserved female-friendly comic book market—beyond the boobs and spandex with which the niche is commonly associated. Thus, Alpha Girls Comics was born, and Lee suggested that Chu take a creative writing course so she could better understand the industry.

“It turned out to be 12 hardcore comic book dudes and me,” reminisces Chu.

Chu quickly realized how hard the form actually was. In five pages, one must convey what is normally contained in a three-act play, and this structural narrative has to resonate in one of the most competitive writing genres on the planet.

“I really thought that I had made the biggest mistake of my life,” notes Chu. “But not long after, I also started to hear the kind of feedback that you never get in the business world: ‘We really like your stories!’”

Chu was originally hoping for just one professional writing credit, but one credit turned into the next, and suddenly, she was a full-time, professional comic book writer.

“It’s not like I’m Forrest Gump,” chuckles Chu. “I really just analyzed how I could realistically get from point A to point B in the most efficient manner.”

What Chu convincingly did was compress a process that normally takes 10 years for most humans into a four-year creative express train of comic writing development.

On top of loving what she does, despite not originally aspiring to become a creative professional, Chu has also become a strong female role model, organizing panels and appearing as a guest speaker at places like San Diego and New York Comic Con.

“I now have the ability to look at other people’s stuff, and I can offer great empathy and suggestions for character development,” relates Chu humbly. “More importantly, for the girls at the shows, I hope they see me as ‘she can do it, and I can do it, as well.’”

Chu continues to view herself as a freak in the comic book industry, and much like an actor, she’s striking while the iron is hot, terrified of turning any assignment down. And although the ‘What am I doing?’ fears occasionally haunt Chu’s subconscious, so far, her Clark Kent moment shows no sign of stopping. At age 50, she answers the ‘Is it too late for me?’ question posed by many would-be authors at conventions with—‘Just do it!’

In the end, Chu certainly recognizes that the creative process is complicated and hard. We’re all consumers—but someone has to make the content that we eagerly devour. For Chu, if someone enjoys in five minutes what it took her a month to create, she considers that a great win. At times, though, the reality of what she’s accomplishing seems unbelievable, even to her. Like working with Darryl McDaniels from Run-D.M.C. (and yes, his own superhero sports a tracksuit and Adidas sneakers to defend the city against villains), as well as Gene Simmons, the legendary tongue-wielding rock star from the band KISS.

“I had no idea who he was when we first met,” admits Chu. “It turns out that he’s a huge comic book nerd. I just thought that he was a really big guy.”

As it turns out, fans of the KISS comics, as well as Red Sonja and Poison Ivy, Wonder Woman and Ant-man (and many others), love Amy Chu’s work, and they can’t wait for what she creates next. In the meantime, Chu laughs at the notion that she herself has become a rock star, and instead of indulging groupies and throwing TVs out of hotel room windows, she indulges in her three favorite vices: Death Wish Coffee, Japanese whisky, and lots of Legos.

“Okay, I’m really not supposed to be here—I must be living in an alternate universe,” jokes Chu. “I just never thought writing was actually a career path.”

Thankfully, for all of us touched by Chu’s massive talent and soaring imagination, we respectfully disagree.