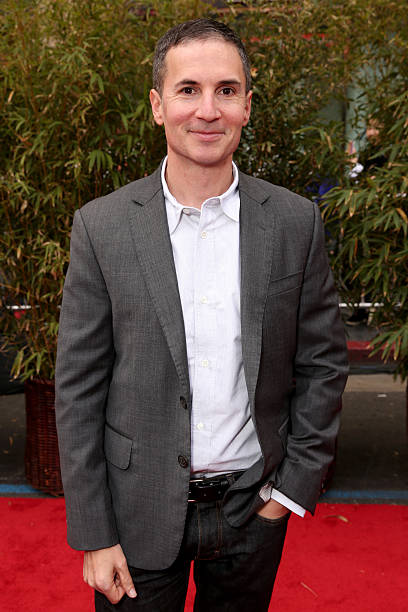 To hear him tell it, Jonathan Aibel AB '91 always had a creative bent, though it took him nearly a quarter century to learn what a spec script was. Growing up in Demarest, New Jersey, right outside Manhattan, Aibel participated in theatre in high school, then continued indulging his creative side while at Harvard. The psychology major unofficially minored in music theory and a cappella (he was a four year member of the Din & Tonics), before penning the Hasting Pudding Theatricals show with a friend in his senior year.

Then, with four years of performing arts experience under his belt, Aibel decided to take the natural next step for an aspiring creative: management consulting. Despite his passion for the arts, he didn’t know what to after graduation from Harvard. “I didn’t really think there would a career in the performing arts on the creative side,” he recalls, “but I thought that maybe there would be a way to get involved in the business side.” Aibel took a job at a small firm in Boston, but between the calculators and the desk work, he says, “I pretty quickly realized that I didn’t enjoy the business world as much as I hoped that I would.”

Fortunately, Aibel also quickly realized that he got on with coworker Glenn Berger, a Brown grad with a background in stand-up comedy. The two began writing together on small projects. First, it was a company-assigned Christmastime video to encourage employees to donate to charity, which soon consumed more time than their consulting work. Then, they collaborated on Berger’s stand-up routines. When the duo found a spec script sitting on another coworker’s desk, they quickly lapped it up. “We started understanding, ‘oh, you write a script of a show that’s already on the air, just as a sample?’” Aibel remembers with a laugh. “We didn’t know that you could do that. So we just said ‘well, let’s start writing a script.’”

Aibel found more and more of his attention drawn to the page, but still wasn’t ready to jump to writing full-time. “We didn’t even know how you would make a living writing anything,” he recalls. Luckily, the Harvard network offered answers in the name of Susanne Daniels AB '87, a former roommate of one of Aibel’s coworkers and the future head of the WB, MTV, and of Youtube’s Original Programming. Daniels connected Aibel and Berger with her husband, Greg Daniels AB '85, who would go on to create The Office and Aibel’s “big break,” King of the Hill.

Aibel laughs when he remembers the cluelessness of these early conversations about jumping ship to Hollywood. The nascent writing duo asked Greg Daniels “the total newbie questions of ‘what do you do all day?’ And ‘where do you live to be a screenwriter?’ And ‘can two people be screenwriters together on a TV show?’” But the two were hooked. Armed with some in-the-know encouragement and “a notebook that says things like ‘move to Los Angeles,' and the most awful basic things because we just had no idea,” the two handed in their notices to the consulting firm, loaded up a U-Haul, and drove, together, to LA.

At the time, Aibel says, the industry was such that it was easy to land a TV writing gig without being “particularly skilled.” Aibel and Berger honed their writing skills and partnership on various sitcoms, learning how to consistently produce jokes, how to break down a story, and how to structure scenes. “It was very formulaic,” Aibel says of those early days, “but there was tremendous value in learning the formulas, so that later in our careers we could play with them and twist them.”

After about five years of bouncing between freelance but not staff, right show but wrong network, Aibel and Berger landed their big break with the inaugural season of King of the Hill, an animated sitcom created by Mike Judge and their old contact, Greg Daniels. Though the partners were skeptical of writing for animation, they were won over by the show’s character-driven writers. “We had to be far more grounded and realistic than we were on any of the sitcoms,” Aibel says, calling his six years on the show “our film school” that taught them “to write from a place of character rather than situation.”

Always up for a challenge, Aibel and Berger began dabbling in live action features by rewriting scripts while on hiatuses from King of Hill. Aibel relished the chance to dig deeper into characters and expand storylines beyond the parameters of sitcoms. Eventually, Aibel says, “We realized that our training [at King of the Hill] better prepared us to write features than to keep writing sitcoms or to go back to multi-camera sitcoms. It felt like the kinds of stories we were telling or wanted to tell and the characters we wanted to create weren’t what we were finding in the shows being picked up by the networks.” The interest in characters won out, and upon leaving the show, Aibel and Bergen jumped head first into writing movies.

It was not all smooth sailing. The writing partners encountered the usual feature-making walls—slow timelines, fickle studios, things not getting made. But the consistent work eventually led to a phone call with the creators of Kung Fu Panda, who were looking for writers to turn their idea into a family-friendly hit. Aibel was, again, initially skeptical of the pitch and the prospect of staying in animation, but was persuaded by the movie’s passionate team. “We realized that it was, in a way, the challenge we were looking for,” he says, describing the Kung Fu Panda team and the work of animated movies as “incredibly collaborative.” Diving into an animated feature also brought all the lessons from those early sitcom gigs full circle. “All this stuff we had learned in TV—about how to produce a TV show but also how to read storyboards, how to work with editing and editors, how to direct actors in a recording booth—it all applied to what they were doing in animated movies,” Aibel says. 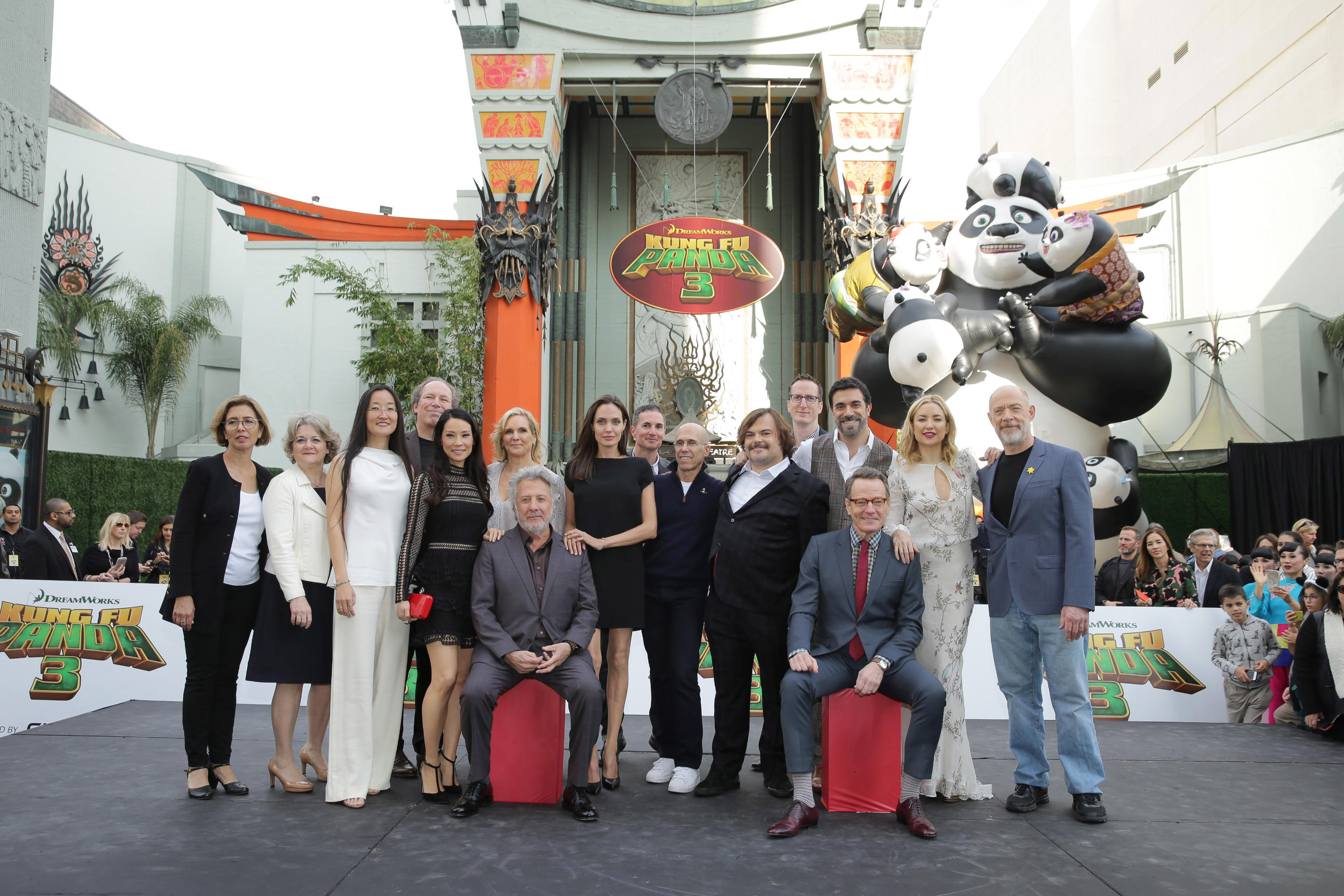 “I think the challenge of Panda,” he continues, “was that we took a pretty standard story but we found ways to make it unusual and different.” Unusual, unexpected, or perhaps just plain charming—whatever the reason, Kung Fu Panda won over audiences to the tune of a cool $631 million worldwide, making it a bona fide hit that launched Aibel into the upper echelons of family-friendly screenwriters. He and Berger have gone on to write several more films, including both Kung Fu sequels, Monsters vs. Aliens, The Spongebob Movie: Sponge out of Water, and 2016’s hit Trolls.

Asked the secret to the writing team’s success, especially after over two decades of going line by line together, Aibel credits compromise and regular hours. The two usually write on workdays from 10am until 6pm, a lesson in consistency honed from their years on TV, where they learned that “you need to show up at the office and you need to be funny now and write jokes now because this has to be read tomorrow. You can’t sit there waiting for the inspiration to strike.” Though they may fly solo for very early drafts, Aibel and Berger still write most of their scripts together, preferring to find an Option C when Options A and B produce disagreement. “If we work hard enough on something, we’ll come up with a third thing that we both like that’s usually better,” Aibel says, noting that the pair has succeeded through working “bit by bit.” Even on “those days when you feel like ‘oh, this isn’t very good, this isn’t funny, I’m not getting what the point of the scene is,’” Aibel says, “you just have to be dogged.”

Along the same lines, his advice for aspiring writers is quite simple: just keep writing.

“You just have to do that work. If you want to write a feature, you have to sit down, and you have to write. And every day you have to be there, writing stuff. Writing as a career means you actually have to like writing. And some of that is lonely and difficult and not social, but that’s the part that Glenn and I actually like—the sitting and writing—and I think that if you don’t like that part, you’re going to have a very frustrating career.” Aibel pauses to acknowledge the difficulty of sharing one’s work. “The hardest thing about writing,” he says, “is that to turn something in, you usually have to believe that it is the best it can be. But you also know that, of course, it can be better.” Still, Aibel believes in committing to the actual work: “I don’t think it’s a good idea when people like being a writer more than they like to write.”

Fans of Aibel’s writing will have to wait a bit for the next feature film, though. The partners have written Trolls 2, and are awaiting its release in 2020. Meanwhile, they’ve been working on the debut feature for Skydance’s animation division, under the working title of “Luck.” And ever on the lookout for a genre challenge, Aibel and Berger have also been expanding horizons by collaborating on a Kung Fu Panda-inspired live show, involving music, dancing, and the duo’s signature heart. Stay tuned, as details are yet to be announced.