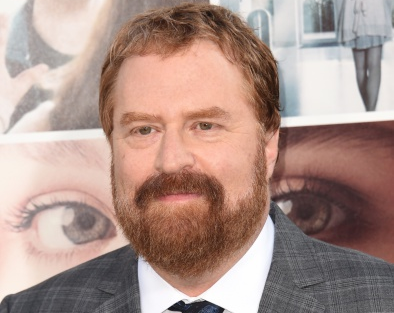 Cutler loved the experience of working on The War Room and from that point on shifted his focus to the world of film. After The War Room, Cutler directed and produced his first film, A Perfect Candidate, and a string of successful projects followed, including the Emmy-winning American High, The September Issue, The World According to Dick Cheney, Listen to Me Marlon, popular television series Nashville, and the feature film If I Stay, starring Chloe Grace Moretz—to name a few.

Although Cutler began his career in documentary film, these days his slate spans a multitude of mediums, with projects ranging from documentaries to nonfiction and scripted television to feature films. With so many options, it’s a wonder how one chooses which project to pursue.

Cutler answers, “If the work sparks my curiosity and imagination and passion, then I pursue it. Every one of these projects often takes years to develop and requires a tremendous amount of work—and they don’t all get made. So if you’re not going to love every step of the process of developing them and bringing them to life, even if they don’t ultimately end up being produced, then you don’t want to put your time into it. You have to really believe in it and that’s what gets me going. If I believe in something, then I love doing it.”

Cutler and his production team are currently working on The Breach, a six-hour limited series based on Bill Clinton’s impeachment, which will air on the History Channel. Whether or not intentional, the series feels loosely like a sequel to The War Room and a nod to Cutler’s filmmaking roots. However, the series is not a documentary but a nonfictional narrative retelling, based on chief New York Times White House correspondent Peter Baker’s book of the same name.

The series has been a long time coming, nearly eighteen years in the making. Cutler recalls how he first read the book eighteen years ago, shortly after working with Baker on A Perfect Candidate. Although Cutler knew then he wanted to develop a project based on the book, the time and opportunity to do so had yet to align. He states, “It sat on my shelf all those years until the opportunity to make a scripted series about a presidential impeachment presented itself. But it took a long time; people weren’t doing these kinds of projects even five years ago.” Such is Hollywood.

Some projects come together quickly and others take years, and for Cutler, that is part of what he enjoys so much about the process: the relationships forged along the way. Asked what he considers to be the highlight of his extensive career, Cutler thinks for a moment and responds simply, “the people.” Referencing all the incredible people he’s had the opportunity to work and collaborate with over the years, he concludes, “The list goes on and on and on, so if you ask me what the category of my career highlights are, it’s all the extraordinary people I’ve had the good fortune of crossing paths with, collaborating with, spending time making a project with, creating art together, and that’s what stands out.”

These days, Cutler also finds himself itching to return to his roots in theater. He fondly recalls a life-changing memory from his Harvard days directing theater: “On the opening night, the lead actor in the play unfortunately just had a bad moment and skipped about an hour of the play—closer to 50 minutes, to be generous. He went from one line to the next, and all of a sudden, the entire middle of the play was gone. I felt like I had not prepared him properly; I felt awful and spent the night in a bar in Cambridge drinking Jack Daniels and crying into my beer and feeling very sorry for myself and thinking, ‘Well, that’s the end of that. I guess I’ll never direct another thing as long as I live, and I deserve it.’

“And the next night, he showed up and he gave what I would consider one of the most extraordinary performances I’ve ever seen anybody give on a stage in my life up to that point or thereafter. I learned in that moment, from that experience, that the process of creation, the work that we do, is very much a process, and it has its ups and downs. And like life itself, moments of glory and success are followed almost immediately by your greatest challenges, and moments of your greatest challenges lead you to your greatest triumphs. And embracing it all gives you the opportunity to really experience life through this work in its fullest way. That was an incredibly valuable lesson. So when I think back on my Harvard experience, though there were many lessons that I learned there as a young artist coming of age, that was the first significant one that made me think, ‘Oh, my God, this life is going to be interesting and challenging and exciting perhaps every moment, if indeed I choose this life.’ And I have chosen it, and it has in fact proven to be all of those things.”

And with that, Cutler is off to the whirlwind life of production, moving the slate forward by answering calls, making calls, working in the writers’ room, and squeezing in interviews in between, hopefully making it home in time to put his 2-year-old daughter to bed.