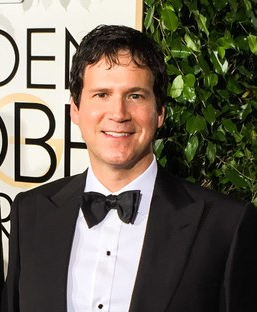 He was looking for some other options, and after seeing the “incredible” Lawrence of Arabia he decided to try out the business side of the film industry. Right after graduating college, he moved out to Los Angeles and started in the mailroom of the William Morris Agency. He thought he might want to run a studio one day, and many of those he looked up to had gotten their start in the very same way.

He had a lot to get used to, however—he was working in dispatch, which was essentially a messenger service, driving packages around. “I had just moved out to LA from New York City,” he says, “and had just gotten my driver’s license. Two months later, I was driving my car for a living!” Despite his inexperience, he was clearly suited to the entertainment business and quickly got promoted to assistant.

This role was not without its own trials and tribulations. Sheresky has a number of “horror stories” that may feel familiar to those who have just started at agencies. “I have so many I don’t know where to start,” he says, but he comes up with a tale before long. At one point he was a second assistant to an agent that was upset but couldn’t find the mute switch on his phone. “He couldn’t figure out how to scream at me by muting the phone call, so he just started giving me the finger.” He jokes—“that was a memorable moment. Very happy to be past that point.”

Sheresky made it through and got promoted again, this time to selling books for movies, which is where he got a lucky break.

“The first book I sold ended up being a book proposal that became the movie Apollo 13,” he says, and it gave him a hunger for more. “I wanted to work on deals that were more complicated than what I was doing, and I didn’t have a business background.” He had found he liked being an agent, and took the next step that would allow him to work on the kinds of things he was looking for. He headed to Harvard Business School.

HBS was a great experience for him. He learned a lot about business, including some things that were “very counterintuitive.” Much of his studies didn’t apply directly to being an agent, at least not on a day-to-day basis, but he learned how to think strategically about his deals, his partnerships, and his problems. He learned how to “evaluate the economic benefits of projects, and so it was a helpful way to think about looking at specific projects and how they could most benefit my clients.”

But it’s not just about his agency work. He’s also on the board of a company called Take Two Interactive, which makes video games, and he “definitely would not have had the background to be able to do that if [he] hadn’t gone to business school.”

Once he returned to the West Coast, he met his current business partner, Ramses IsHak. It’s rather unusual for a Hollywood agent to have a partner with whom he works so closely, but, Sheresky says, “it works out well for the two of us.”

“It happened organically,” he says—the two of them worked on a few projects together, “and the more we worked together the more we signed new clients together.” It eventually became a partnership that was great for their clients. “You get two people working for you—you can always get one of us on the phone.”

With a varied client list, Sheresky and his partner don’t have a particular area of film that they specialize in. “We’re looking for things that we think are or can be great.” Some clients are aiming for big blockbuster movies, while others “are interested in movies that we know aren’t going to make an enormous amount of money. They’re more artistic endeavors, but obviously we’re very supportive of those films [as well].” If they do their jobs well, they are serving and facilitating the creative needs of their clients.

One of their recent successes is the Oscar-nominated Hidden Figures. Theodore Melfi, the director of the film, is one of Sheresky and IsHak’s clients. He wasn’t initially available for the picture, but they kept pressing the issue—“we thought it was subject matter that was both interesting and important, and Ted was able to turn it into both of those things.” Sheresky is very happy that the movie was successful, “but it’s even better that a lot of people got to see it, and it hopefully will change people’s opinions.” It was great, he says, that the real heroes and their story were receiving some of that same recognition that the movie itself was getting.

Sheresky has a few pieces of advice for those looking to make it in entertainment. If you’re interested in the business side, he says “a great way to start is in the mailroom of one of the big agencies.” It’s a perfect place to “learn the scope of the business, what the different jobs are, and how people do them.”

If you’re on the creative side, he says, the best thing to do is “just do it. With the price of filmmaking dropping, more people can make projects that look quite good—things you couldn’t do even ten years ago. People should just be doing what it is they want to do.”

And that’s what Sheresky works for every day: helping his clients do what it is they want to do, and work on the projects that will be best for them. All in all, even if he’s not directing pictures like he thought he might have back in college, Sheresky is still working as a creative force for movies every day. He’s putting the right people together for the right projects, which helps the right creative decisions get made. If you’d like to see some of his work, two of his latest projects are The Fate of the Furious and, released just a week ago, Pirates of the Caribbean: Dead Men Tell No Tales.