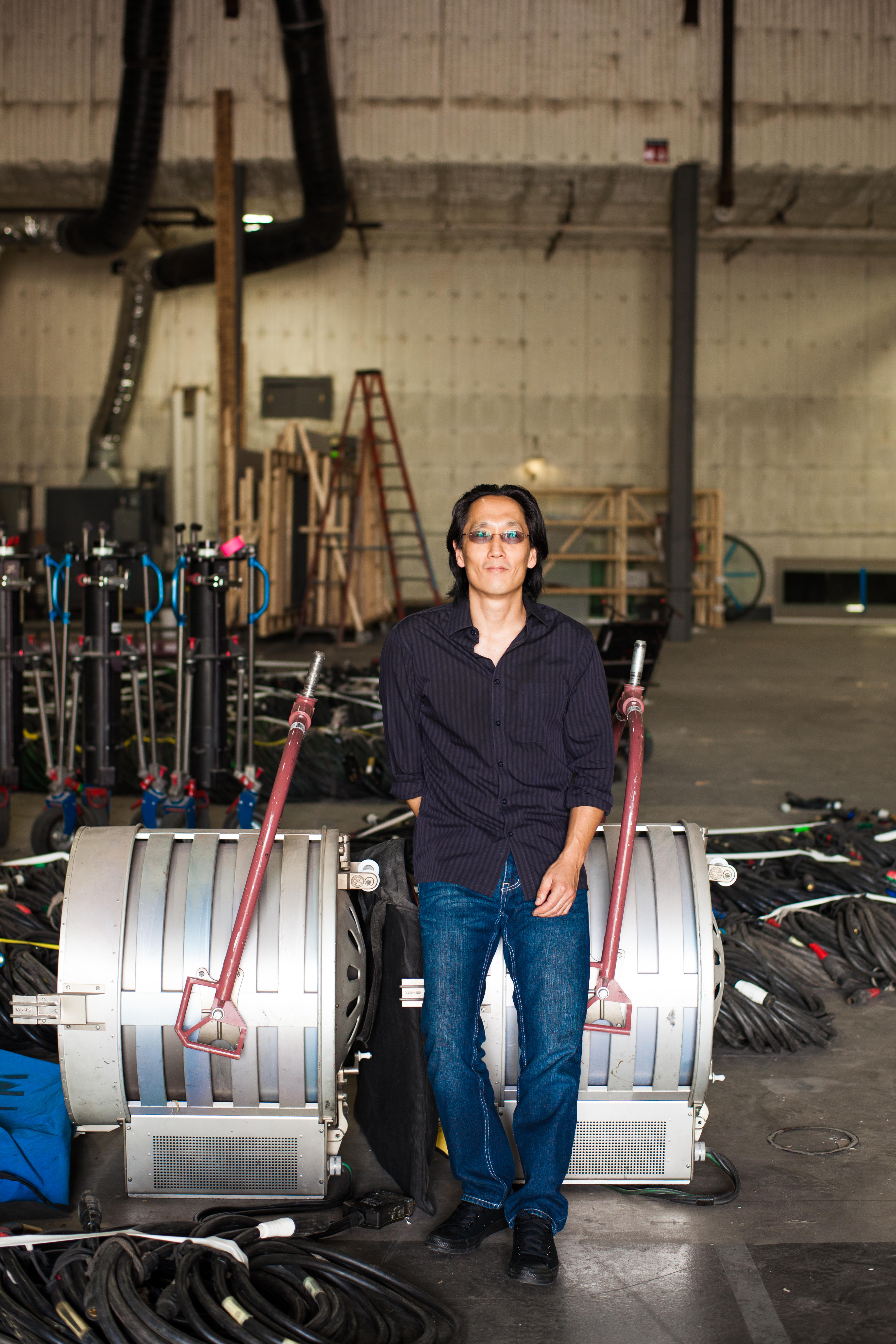 After studying at Dartmouth and interning with the Peace Corps, the next stop on his professional journey was Harvard. Leonard notes that the best thing about Harvard for his writing career was the time and space it provided him to work on his writing. He lived off-campus, recalls spending more of his time in cafes and bookstores than in classes, and impressively completed his first novel while he was still an undergraduate. This freshman effort he also remembers as “youthful, ambitious, and terrible, but damn fun to write.”

After Harvard, Leonard received a scholarship to attend the MFA program at University of California Irvine. Although the program was incredibly competitive, Leonard remembers his time there fondly as a great growing and learning experience that provided him with access to and the ability to learn from world-renowned writers. Not quite ready to leave at the program’s end, Leonard elected to remain an extra year and worked as a teacher while completing what would become his novel The Fruit ‘N Food, which won the Black Heron Press Award for Social Fiction and is taught at universities around the globe. Not too shabby for a first novel.

The Fruit ‘N Food was just the beginning of an impressive array of award-winning novels that would follow, including Dispatches from the Cold, a popular and critically-acclaimed noir trilogy, Crossings, and Triplines. Many of his books have been translated into several languages and are taught in courses throughout the world.

In addition to his accomplishments in literature, Leonard has also made a name for himself in television. His initial foray into television was largely inspired by the television revolution brought about by shows like The Sopranos, The Wire, and The Shield— just a sampling of the many shows he watched while he was living and writing in Oakland. Inspired by the great content and writing on these shows, his decision to break into Hollywood was almost impulsive. 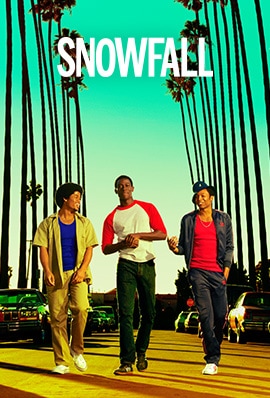 He recalls, “I made the decision very quickly, literally giving away everything in my apartment, loading my trusty Honda Civic with my computer and rock-climbing gear, and driving down to Los Angeles to housesit for a friend while I began writing TV pilots.”

Soon after arriving in Hollywood, Leonard searched for communities of like-minded individuals. He quickly came across Harvardwood and the Harvardwood Writers Program. At the time, the program had just begun and he jumped on board immediately, participating in its second workshop. It was certainly time well spent, as one of the pilots he wrote during the workshop ended up becoming his main writing sample and was eventually optioned by Fox. As Leonard puts it, that was the beginning of his career in television.

Since breaking into Hollywood, Leonard has worked on shows such as Awake and Justified, and has written several screenplays. The latest show for which he is both writing and producing is Snowfall, which centers around the birth of the crack cocaine epidemic in Los Angeles. The show takes the perspective of a varied assortment of Los Angeles characters and Leonard explains, “It’s our attempt to personalize and reveal stories about Los Angeles that haven’t been fully explored before, and despite the content, we tried very hard to focus on the characters and their real or constructed families—we looked for authentic people beyond some of the hackneyed stories about this world.”

But despite all his success in the television arena, Leonard has not left his novel writing days behind him. He also has a new novel coming out, The Lockpicker, which is a crime thriller that centers around two brothers. He spent a great deal of time researching the criminal elements of the novel, speaking to a number of professional criminals, and learning the ins and outs of burglaries and lockpicking. It was an effort that paid off, as early reviews of the novel are heralding its attention to detail and realistic criminal elements.

Asked about whether he has a preference for television or novels, Leonard maintains that he does not. To him, they are very different experiences and he explains, “Novels are very much a singular and personal experience, whereas TV is more collaborat[ive] and almost familial; some of the friends I’ve made in TV will be life-long. When you spend 8 to 10 hours a day with writers working on a show, a natural camaraderie develops, and I’m grateful for some of the friends I’ve made. This is what a lot of new writers don’t necessarily understand about TV—it’s not just the writing; there’s a communal aspect to making TV that requires more than just being a great writer: you need to be a part of a family.”

At least for the immediate future, Leonard seems to be focusing on television and film, and he is working on a multitude of different projects. When asked what is up next for him he replies, “I’m still a part of Snowfall (we’re done shooting the first season but are still editing), and I’m working on a few different TV projects in various stages. Some projects I’ll pitch; others I’ll write on spec; others I’ll work with directors or producers. At this very moment (literally today): I prepped a pitch based on a memoir about a stripper and sex worker; I met with comic book creators about adapting their comic book for TV; I read a draft of a feature screenplay which I was hired to do a revision for and which the first writer did another great draft; I worked on a spec pilot; and I’m prepping for a meeting with a director who wants to direct a TV version of a feature, which I hope to adapt. So I move from project to project, which is fun.”  Just a simple day in the office.

The number of projects on his plate might seem overwhelming to some, but hearing him describe his work ethic it comes as no surprise. Aspiring writers often hear the advice, ‘write every day’, and he certainly takes that adage to heart. Leonard writes every day, and he has been doing so since high school. These days, a typical day for him starts very early, around 4:00 or 5:00 a.m. If he’s on a show he heads straight to the office, and if he’s not on a show it’s gym first and then off to write. And he keeps at it all day, with the occasional meetings and calls interspersed between. As Leonard acknowledges, such discipline might seem “punishing” to some, but not if one enjoys the process of writing as much as he does.

That does not mean that everything he writes is publisher or screen-ready. Rather, Leonard emphasizes how often much of what he writes he ends up throwing away immediately afterward. He explains, “Then I look at what I’ve written and usually throw it out. But each draft gets honed and crafted, and the more I write and throw out, the closer I get to finding the jewel amidst the choss.”

He recommends the same process to aspiring writers, “If you want to write, you should be writing—and writing every day. No excuses. I know everyone has busy and full lives, but if you really want to write and have a creative life, then you must prioritize it. Forget about the Muse and being inspired to write—it’s a skill, a craft, a muscle, a way to see the world, and the more you do it the better you get. Here’s where you start: give yourself a daily goal. Write one page a day. It doesn’t have to be good. In fact it will probably suck, but that’s okay. Because if you write one page a day, then in 30 days you have a half-hour script; 60 days you have a hour pilot; four months you have a feature; nine months you have a novel. Then you throw it out and start over. And guess what, in another few months you have a better version. But more importantly you find your rhythm, your routine, and you begin to understand how important writing is to your life, and then the product becomes less vital than the process, and everything from there is gravy.”

This final statement gets at the core of Leonard’s motivation and writing philosophy. His own personal motivation for writing is that he enjoys the process so much, and he does not place as much emphasis on the finished product. Of course he wants his work to be genuine and authentic and resonate with the reader, but at the end of the day he writes for himself. His test? The following question: “Will I work on something even if no one but me will read it? If the answer is yes, then I do it. Writing is not just a job or a profession—it is very much a way of life for me; it helps me assimilate and process the world around me.”

This philosophy is something he shares with some of his favorite writers. In reading their biographies Leonard noticed a theme: “What struck me about many of my favorite writers is that even if they suspected they would never be successful or famous or rich, they couldn’t not write.”

He continues on to recall a particularly memorable anecdote. “When Faulkner was in his 30s he was getting rejected by everyone. He thought his career was over. He literally thought he would never be published again. His previous novels [had] failed, either commercially or creatively. But rather than demoralizing him, it liberated him. He wrote: ‘One day I seemed to shut a door between me and all publishers’ addresses and book lists. I said to myself, Now I can write. Now I can make myself a vase like that which the old Roman kept at his bedside and wore the rim slowly away with kissing it.’ And he then went on to write one of his greatest novels, The Sound and the Fury. That always struck me as the key. Now I can write. That’s the feeling you should always aspire to. F— everyone else. Now I can write.”