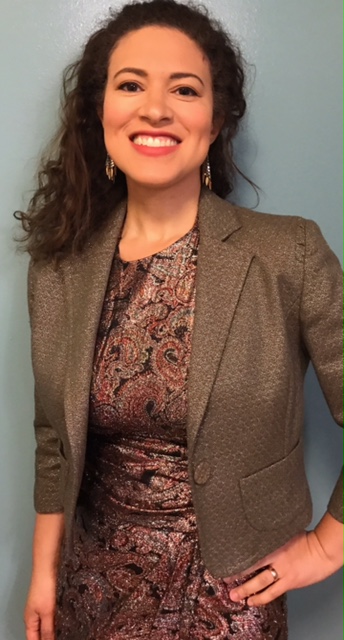 “We lived on my parents' modest teacher and artist salaries, but I lived around the corner from what you’d consider mansions. I also lived around the corner from single moms who lived in apartments. I went to a magnet public school that drew a lot of the best students from around the city. My classmates were 60% black, 50% eligible for school lunch and achieving the top scores in the state. After school and on weekends, I'd go to Hebrew school with wealthy, white suburban kids. Our teachers were mostly lesbians studying to be rabbis. In some ways, where I grew up is so unique that it's a bubble, but in other ways it exposed me to a wonderful variety of people.

"Those personal connections make it impossible for me to see negative images on TV or in movies and believe that those images or characterizations represent a group. I wish that for everyone. And I'm doing what I can so that there are more three-dimensional representations of women and minorities on TV. I believe strongly that the lack of protagonists who are women, people of color, undereducated and/or working class has detrimentally affected our culture. Roger Ebert said the movies are 'an empathy machine.' So TV writers need to understand that it matters who we root for, who we understand and whose shoes we're able to put ourselves in. For pocket money, I babysat for over twenty different families from ages twelve to eighteen. I think those experiences helped me write about different family dynamics and individual characters. Friday Night Lights and Parenthood were both, to a certain extent, about surrogate parenting.”

In Philly, Monica’s dad had a woodworking shop in a neighborhood besieged by crack. He would hire and mentor neighborhood teen boys. Her mom started a tutoring program for the basketball team at the inner city high school where she taught for 30 years. “My parents are a lot like Coach and Tami. They mentored many young men and women over the years. On Mother's Day, my mom's phone rings off the hook.”

At Harvard, Monica continued to delve into others’ experiences by diving into the theatre scene, co-founding the Hyperion Shakespeare Company under the mentorship of Professor Jennifer Carrell. Eric Engel of Memorial Hall was another significant source of influence and support. “I had a couple work study jobs; one was working in Sanders Theatre, booking acts for the café, everything from spoken word to singer-songwriters and comedy. Senior year, we produced Hamlet in Sanders Theatre with Shakespeare & Co. directing our Hyperion ensemble. It was gratifying to say goodbye to Harvard that way, with a company we created from scratch freshman year.”

After getting a grant to study acting Shakespeare at the Royal Academy of Dramatic Arts in London and graduating from Harvard, Monica assisted some of New York's top theatre directors and playwrights. “I was exposed to an incredible community of the American theatre, first during a year-long internship at McCarter Theatre in Princeton, where I was mentored by the brilliant playwright/director Emily Mann AB '74, a fellow Harvard alum. Many of the artists I got to work with were about to win Pulitzer Prizes, including Lynn Nottage, Doug Wright & Nilo Cruz.” She directed an all-male production of Romeo and Juliet at the Theatre Royale in Scotland and got fellowships from Second Stage, the Roundabout and New York Theatre Workshop before making the decision to switch gears from directing to writing.

“It’s hard not to absorb story, character and structure when your job is listening closely to plays over and over again.”

Eventually, Monica says, “I loved directing, but I started to want to write my own scripts—so I didn’t have to wait to fall in love with a play to get to work. I also had the desire to reach a wide audience who didn't necessarily have a lot of money.”

To make ends meet after moving to LA, Monica got two jobs, one as a personal assistant for a computer programmer and one conducting research for the Annenberg Foundation. She reached out to Harvardwood members and was invited to have coffee, ask questions about being a TV writer, and tour TV offices.

In the two years it took for her to land a job in TV, Monica honed her writing. “I basically buckled down and had no life. All I did in my spare time was watch TV, write and rewrite.” She often describes this time to people she mentors, because she believes it was crucial. “Many writers early in their careers will be so excited to have a draft of a script, they’ll go through it once or twice, polish it, and then think they’re done. But there are very few people who are first draft writers like that. One of my own mentors, American Repertory Theatre alumnus Deborah Cahn A.R.T. '98 (The West Wing, Grey's Anatomy) would tell me to remember readers each have a huge stack of scripts on their desks, and a lot of people can write a B+ or a B script. That’s most of the stack. To write a script ‘you can bounce a quarter off,’ to be in that small percent at the top, you have to really work at it. At the time, I was panicking a little. My resume was all theatre and—since I wasn't doing theatre—that experience seemed useless. Meanwhile, my friends were getting medical degrees, practicing law. It clicked that if I wanted to be a screenwriter, that I'd need to commit to practicing and learning with the same commitment as that of my medical school friends working their asses off in residency.”

Eventually, she saw a Harvardwood job posting for a writers’ assistant position on “a hit ABC show.” She had a hunch that show was Lost, her favorite show at the time. She was right.

“At the meeting, Damon [Lindelof] and Carlton [Cuse AB '81] told me it was between me and another candidate who had been in the FBI. So I figured I'd never land the gig. But then they revealed the other candidate was extremely loyal to the FBI privacy agreement and wouldn't tell them anything about what it's like to be in the FBI. Wherever that guy is now, I'm grateful for his patriotism. Without it, I wouldn't have gotten the job.”

It proved to be an invaluable experience. “Being in the Lost writers room for all of season four was like my graduate school or residency.” She’s been working on character-driven dramas since 2007. Monica honed her flexibility as a writer with two female British writer friends, Deborah Frances-White and Philippa Waller, with whom she wrote features with in her twenties while doing theatre in London.

“They taught me an improv mantra: ‘Trust your obvious.’ In a workshop, they taught an exercise where we each had to come up with a sentence about a lighthouse. We went around the room, and everyone had such a different reference point for this one object. That taught me that ideas that are obvious to me might not be obvious to other people. I use that knowledge every day in a writers’ room coming up with ideas and pitches.

"I remember years ago in the Parenthood room, when we were arguing in circles about whether a character was going to be a working mom or a stay-at-home mom or another kind of mom. Jason [Katims] finally said something like, ‘Eight writers are never going to agree on what a mom is.’ And that’s so true. An improv sensibility gives writers a sense of play, a willingness to let go and try again, that is important to embrace in a writers' room and when taking notes from producers and executives. One of the traits that makes you vital on staff is being able to adapt yourself to a showrunner’s instincts. Developing your own material and figuring out who you are, what your own voice is—that’s a different skill and takes a different kind of courage.”

Monica is currently developing a limited series pilot with FX. Watch for Monica’s work on the third season of Fargo on FX when it premieres on April 19, 2017.