When asked the most essential trait to succeeding in the world of unscripted television, David replies without hesitation: “the habit of curiosity. If you’re going to do reality TV, you have to have some interest in reality. Without curiosity and rigor of breaking out of a bubble, you’re never going to get to the best stories.”

David has literally been surrounded by entertainers for most of his life. His father ran a series of new vaudeville festivals in the San Francisco Bay area, so he grew up “around jugglers, clowns, sword swallowers and other assorted circus freaks.” Yes, he can juggle. His mother was an actress, and his father still teaches theatre at San Francisco State.

At Harvard, David majored in American History and Literature, studying “the intersection of nonfiction and narrative,” a phrase which also aptly describes his professional niche. He also joined the Hasty Pudding and the Harvard Lampoon.

When he moved out to Los Angeles after graduation, he began writing for game shows. Then, when the reality boom started, he got a job on the first season of The Apprentice and ended up working there for five seasons.

That kicked off the next ten years of his career. He worked on many shows for Mark Burnett, ran his development through 2012 and then switched to the network side - to TNT and TBS - for four years before landing his current job at the helm of ITVE. 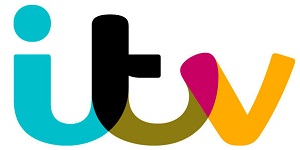 Asked about challenges he’s faced in his career, David replies, “There’s nothing I’ve been through quite so challenging from a production perspective as those initial seasons of The Apprentice. We had the entire city of New York as the playing field, sponsors paying multimillions of dollars to be involved, and contestants who were essentially going to do what they felt like doing twenty-four hours a day, seven days a week.” (Exhibiting characteristic diplomacy, David has no public comment on the 2016 Presidential campaign.)

The press that reality TV attracts adds additional hurdles to production: “The Apprentice was such a cultural phenomenon that there were points where our crews were being tracked by the New York Post helicopter trying to figure out what was going on during the shoot. As far as a real-time game of three-dimensional chess, that was as complicated as I could imagine, and I think a really good crucible for me as a producer. It was honestly sink or swim, constant contingency planning and thoughtful improvisation just to get the show done.”

David uses principles of “fairness and consistency” to guide him in producing shows that are games. “Even in really complex situations, you have to do your best to adhere to the principles of the game that you’re asking people to play. That’s not only for the sake of the contestants but also ultimately for the sake of the audience. Because audiences, particularly American audiences, sniff out unfairness and will turn on the show if they feel that.”

About the new wave of reality TV, David reflects on audience’s desires for a self-contained narrative: “What’s happening now is a desire for arced, close-ended storytelling. Shows like The Jinx or Making A Murderer are not quite feature films but also not quite TV series; they’re really miniseries if anything. I think there’s a hunger for those sorts of experiences that are immersive from a viewership perspective but also come to a conclusion.”

Novelty is also key to the projects David produces. “In this day and age, anything that feels unique or original is the first thing that I’m going to be attracted to, just because there’s so much saturation in terms of nonfiction television. Not only because of three hundred channels with VOD and digital platforms, but also because of the availability of every television show in the history of television. So we’re competing not only against everybody else making TV right now but everyone who has ever made TV.”

The originality David looks for is not only in content but also in structure and visual style. “It has to look and feel different, so in a sense there’s auteur-ship among producers. I would point to Catfish as a show that does that. It has a totally unique look, feel and perspective, and it’s shot and cut really thoughtfully to communicate a particular vibe. You don’t always see that in reality TV. Shows that take the time to do that are going to stand out in this next wave.”

His first piece of advice to anyone who wants to get into unscripted development: “Work on shows first, whatever you can get, a PA job, an AP job…Whatever the first thing is, take it. Spending some time in production is invaluable, even if what you ultimately want is more of an executive track. And when I started, I didn’t have really the opportunity to do this as regularly as kids do now: Pick up a camera, even if it’s the camera on your phone, and try making something and putting it out to an audience.”