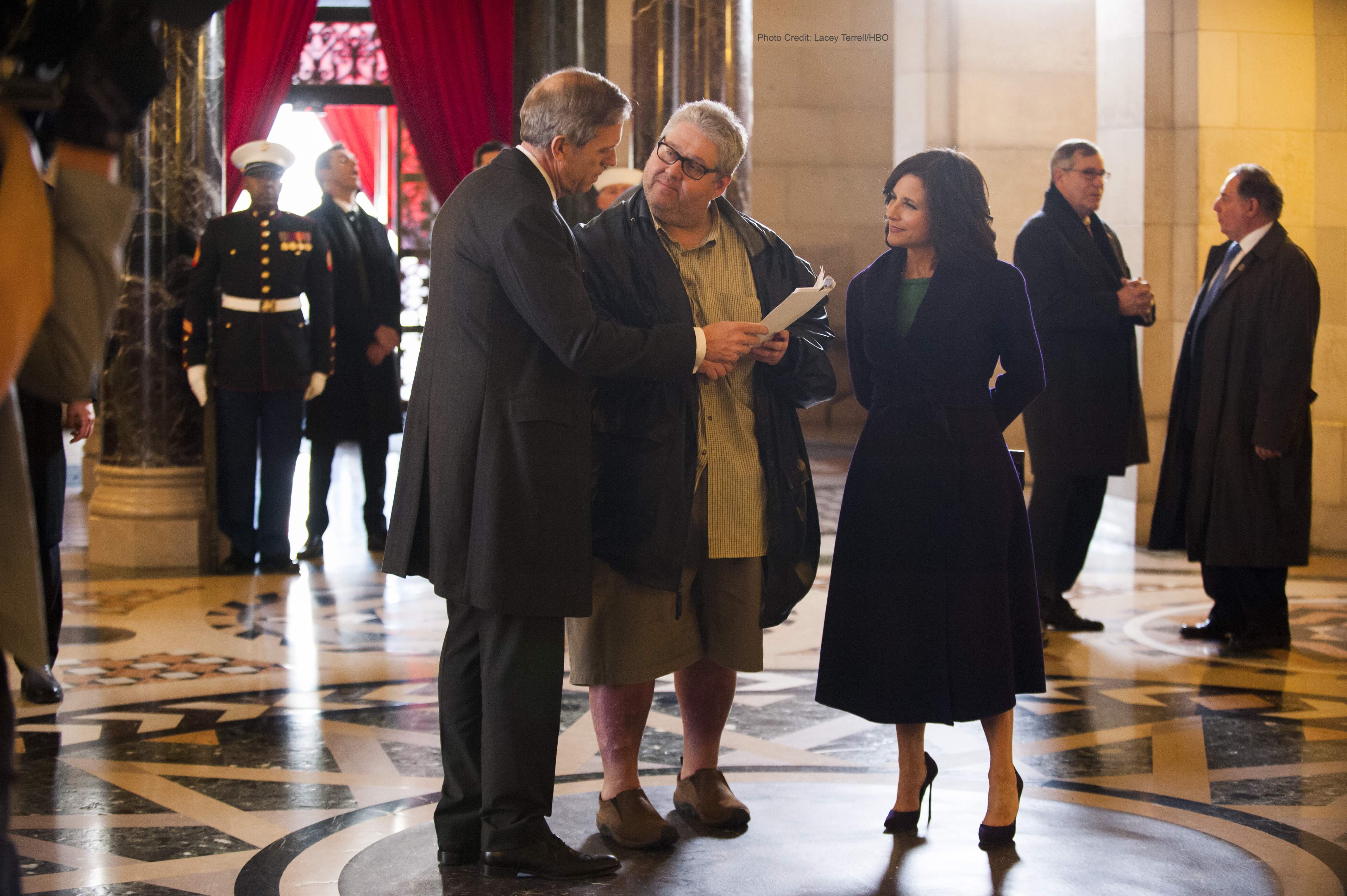 Growing up on the Upper West Side, Mandel had always been a film and television buff, and a particularly avid fan of SNL. But the dream of becoming a comedy writer didn't seem feasible until after he entered Harvard College. Even then, a more conventional career path such as law seemed inevitable, and with that in mind, Mandel chose to concentrate in Government.

“But then I realized, the Lampoon is a place a lot of writers have started. I started to find out about the background of how to become a writer, and I became obsessed with getting onto the Lampoon.”

As Mandel comped the Lampoon, Harvard’s housing assignment algorithm made a fortuitous match. Berg and Schaffer, one year ahead of him, were already in Winthrop House when Mandel arrived there as a sophomore. The three had a few mutual acquaintances, and once Mandel joined the Lampoon, they naturally formed a close friendship and three-way writing partnership.

Together, Mandel, Schaffer, and Berg scored their first official job in TV working on a summer project for the Lampoon: a Comedy Central parody documentary in celebration of MTV’s 10th anniversary called MTV, Give Me Back My Life.

“Jeff, Alec, and I went down to New York City and they slept on my parents’ floor, my bedroom floor,” laughs Mandel, “while we helped rewrite and produce this [documentary].”

Al Franken AB '73 was an advisor on the Comedy Central MTV project, together with another Harvard alum, Billy Kimball AB '81. After Mandel graduated from Harvard, Franken invited him to work on their next Comedy Central project, InDecision ’92, covering the 1992 presidential election, and then brought him into Saturday Night Live.

“When I was at SNL, I loved writing the political humor sketches,” Mandel recalls. “Al and I wrote the Clinton jogging into McDonald’s sketch and a couple of other things together.”

When asked whether he intentionally gravitates toward politics-related projects, Mandel points to his fascination with U.S. history. “I did specialize in American government [at Harvard], and I’m also a fan of American political history, the Founding Fathers’ bios, and that kind of stuff.”

But he continues, “I’ve always enjoyed political humor and that has influenced projects that I’ve been involved with, but I haven’t thought, ‘I have to work on this [because it’s political].’”

Today, Mandel is perhaps best known for his work on television comedies, but he does credit his early start in sketch comedy as laying an important foundation for his writing.

“I’m a better writer because of the writers I’ve worked under and with. I’ve been very lucky in my career to work with three of arguably the best writers on Planet Earth: Al Franken, Jim Downey AB '74, and Larry David,” Mandel says. “Sketch comedy is its own beast, but even a great sketch will have a beginning, middle, and end.”

After his stint on Saturday Night Live, Mandel moved to Los Angeles and reunited with Berg and Schaffer on Seinfeld, where he further honed his comedy writing chops.

“A lot of the way I write a sitcom comes very directly from Larry [David] and Jerry [Seinfeld]: based on really rock-solid outlines. You can spend a month on an outline,” he explains. “You can write the show in a day, but spend a month on the outline.”

As Seinfeld fans and casual viewers alike recognize, each episode is jam-packed with cleverly interlocking storylines and callbacks. “Things are always moving forward,” Mandel says. “There’s rarely time to sit and do a scene for no reason.”

That ability to densely pack a half-hour with joke after joke, without losing comedic punch or flow, serves Mandel well in his current role as showrunner of Veep. He took over the show at the beginning of Season 5, when series creator Armando Iannucci decided to step down.

Veep, starring Julia Louis-Dreyfus as the United States’ first female Vice President and then (placeholder) President, accrued a diehard following and garnered much critical acclaim in its first four seasons. Upon Iannucci’s departure, some viewers wondered whether the new team under Mandel would be able to maintain the tone and quality of the show. 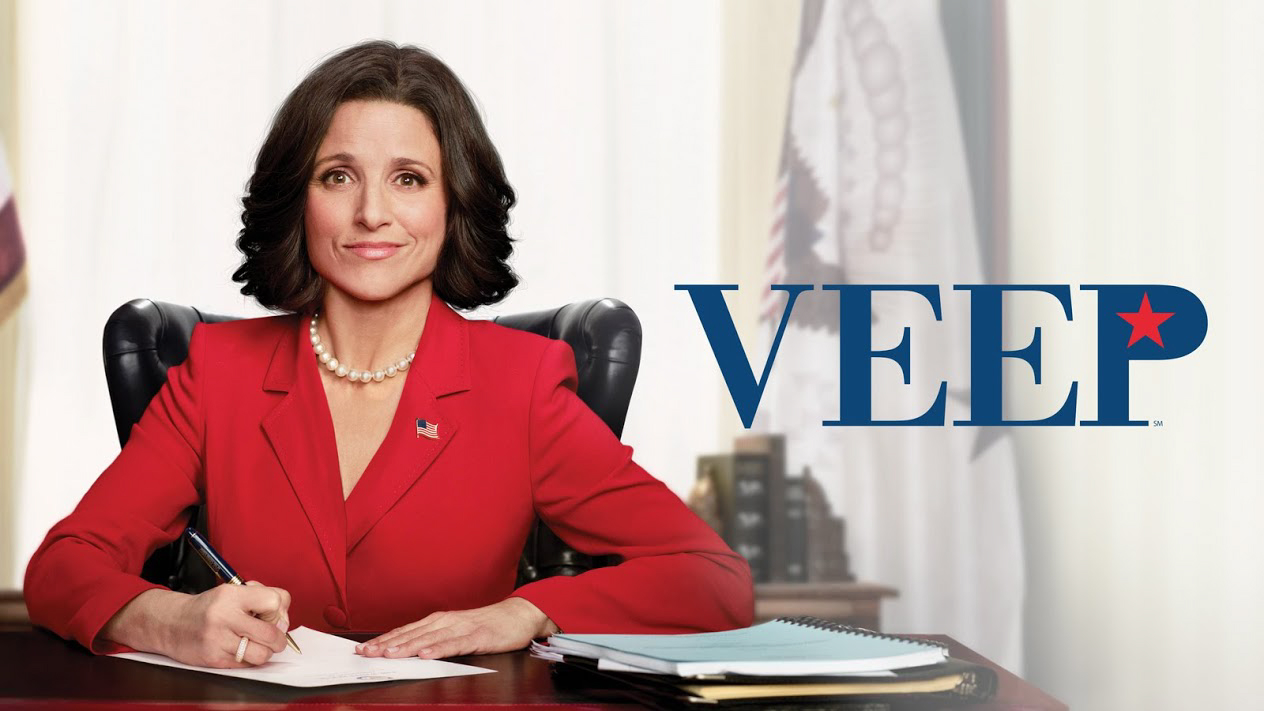 Mandel quickly put those fears to rest, launching Season 5 with a memorable opener, “The Morning After,” that made it clear the show was on track for another outstanding, award-winning season. According to Deadline’s review of the episode, “Veep Season 5 gets my vote and should get yours too as the scathing satire has a brand new bounce…. Veep proves it has lost none of its wonderful and meandering verve.”

And it took Mandel just “one good draft” to nail it.

There was “a first draft that wasn’t quite the show, [then we] pretty much hit the target the next time out,” he reveals. “At some point, I had to think about what is Veep, and then one day, I realized I’m not thinking about Veep, I’m just doing Veep.”

That statement is evident in Mandel’s mastery, not mimicry, of Iannucci’s creation. Mandel took on Veep at a dramatic season-ending cliffhanger and made the show distinctly his own.

“The show is different [from Iannucci’s] and anyone who says it isn’t is lying. I’m not arguing that it’s better or worse,” Mandel says, “but it’s our version of Veep.”

So what are the magical inner workings of the Veep writers’ room, under Mandel’s leadership?

“I think writers’ rooms are terrible,” Mandel says matter-of-factly. “The notion of writing in a writers’ room is how you get watered-down stuff. We spend a lot of time talking about ideas, but when it comes to the outline and the draft, the writer will do that alone.”

As for those ideas that are discussed, Mandel makes clear that his focus is on creating a show that makes him laugh.

Especially during this unpredictable election year, viewers might try to find reflections of reality in Veep and in Louis-Dreyfus’s character, Selina Meyer. But Mandel successfully skirts partisan politics and emphasizes that Veep is “ultimately not a show about politics.”

Late last month, Season 5 of Veep concluded to another round of rave reviews. “Season 5 stands unto itself as a towering achievement in comedy and storytelling. Zigging and zagging from the get go, but without ever losing its driving voice, Veep was an absolute joy to behold from start to finish” (Indiewire).

Louis-Dreyfus herself tweeted, “I want to thank @DavidHMandel… for taking over #Veep this season and doing it brilliantly.” The day after the season finale aired, Mandel was back at work with his team of writers to map out Season 6.

In addition to his trusted writers, HBO has afforded Mandel the creative space and flexibility that he wants in order to execute his vision of the show.

In the near future, Mandel will likely be staying close to HBO for not only Veep, but also the recently announced revival of Curb Your Enthusiasm. Schaffer, Berg, and Mandel are all on board to collaborate with Larry David on the new season.

As Mandel disclosed in an interview with The Hollywood Reporter in June 2016, Schaffer and David have already begun writing the new season of Curb Your Enthusiasm. Meanwhile, Veep remains Mandel’s first priority, but he hopes to carve out some time to become involved with Curb again. When the show was previously on air, Mandel was Executive Producer and directed several episodes.

On all of his projects—in sketch comedy, television, and film—Mandel has worn multiple hats as writer, director, showrunner, and producer. But he is first and foremost a comedy writer.

“Directing for me has always been a means to an end,” he declares. “For me, directing is a means of getting my writing the way I want it to be seen, which is not necessarily what directing is to somebody else.”

If he’d had the opportunity, as an undergraduate, to take advantage of today’s technology and open media platforms to write, direct, and distribute his own material, Mandel certainly would have done so.

“It’s a very different world now than when I was coming out of school,” he says. “The internet has changed things in the sense that, if you’re not a working writer, there’s no excuse not to write and get things made and produced. Take your iPhone and a script and just get going. Make something. Do something. Anyone sitting on their butt, I don’t have the patience for.”

Now, Mandel is not only a working writer, but a showrunner enabling other working writers. Nonetheless, that impatience, that drive to continue producing great comedy at breakneck speed hasn’t slowed whatsoever. Though his TV slate is more than full at the moment, Mandel has features on the backburner that he plans to pursue together with Schaffer and Berg.

“I think people can say this in various walks of life,” he comments, “but it’s nice to get to a point where you can do your job that you know you’re good at and you know what you want to do.”