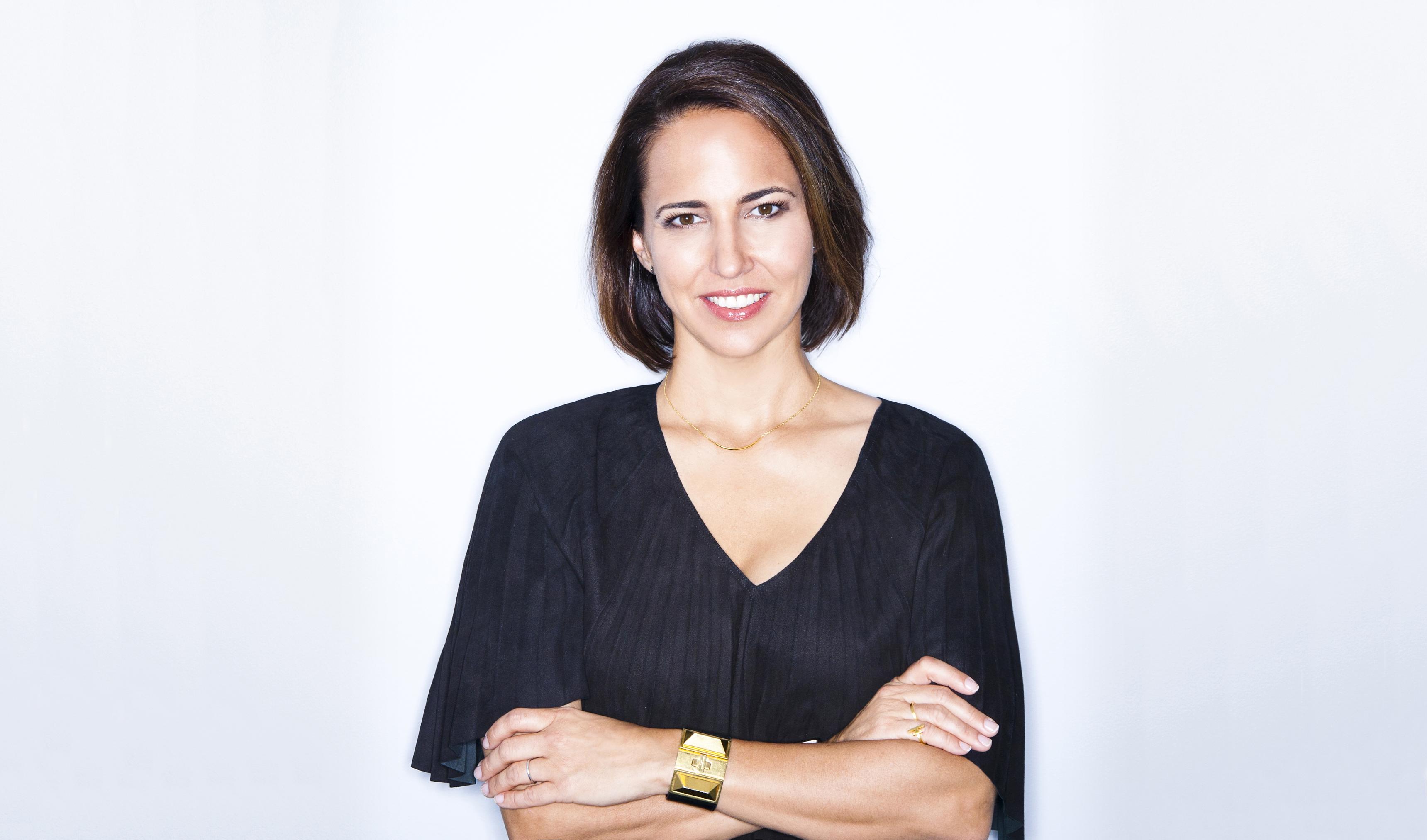 What do Harvey Weinstein, Fashion Week and SXSW have in common? Add NFL commissioner Roger Goodell and Ivanka Trump to the mix, and the mind boggles—until you realize you’ve entered Anne Fulenwider’s world.

“Writing was always the easiest and most natural way to express myself,” she says. “I interned at a Rhode Island magazine at sixteen and was editor of my high school newspaper. But I didn’t enter Harvard knowing what I wanted to do. My sense at the time was that other people were there because they were interested in one particular thing. I spent freshman year searching for what that one thing for me might be.

“I tried out for a bunch of plays, and was on the squash team for one bizarre season even though I’d never played before. I wrote a couple of articles for The Harvard Crimson but found it relentless. Ultimately I found a like-minded group of people at The Harvard Advocate.”

Anne’s favorite Harvard class was creative nonfiction. “That’s where I discovered the literary memoir. I read Joan Didion’s Slouching Towards Bethlehem and remember thinking ‘this is the most beautiful thing I’ve ever read.’ Her work reinforced my desire to have a career as a writer or an editor.”

Anne graduated magna cum laude with a B.A. in English and American Literature, and got a firsthand view of the literary world in New York after spotting a notice for an internship at The Paris Review in the office of The Harvard Advocate. She ultimately became George Plimpton’s assistant and a senior editor, and among other things, helped him finish a book about Truman Capote. “George had pages of the manuscript sitting in crates. Once I had to bring transcripts of his interviews with Joan Didion and John Gregory Dunne to their apartment for their approval, and sit there while they went over them—it was a highlight of my early career.”

When the Capote book was finished, Anne gave a copy to the Vanity Fair book editor, a former Paris Review colleague. “I said ‘by the way, now that the book is done, I’m kind of out of a job. Any ideas for me?’ She said I should interview with her editor at Vanity Fair, and that was that—I was hired,” Anne recalls.  “I’ve been very lucky but I also believe people make their own luck.”

One year into her Vanity Fair tenure, the tech boom started. “It seemed that everyone I knew from Harvard and high school was moving to San Francisco to start an internet company. I always had a yearning to go west, so I decided this was the time to try my luck as a freelance writer. I slept on my college roommate’s couch in San Francisco and got some pretty crazy assignments—I was up for anything.”

When Vanity Fair called with a new opportunity, Anne was torn. “I loved the freedom of San Francisco, but in the end I wanted to make my life in the New York publishing world.” It was a good call. “At Vanity Fair I worked for a fantastic boss who was endlessly curious and always open to good ideas. I learned how to create an excellent product and how to ask people for their best performance.

“I thought I’d spend the rest of my career at Vanity Fair—there was this feeling ‘you’re at the number one magazine in the world, why would you go anywhere else?’ But in 2008 the economy was collapsing and there was a general feeling of uncertainty in the air, so I went on an interview at Marie Claire.

“There was something really light and bright and exciting about Marie Claire. There was a lot to be done—everyone was going to roll up their sleeves and dig in. I was offered the Executive Editor job the day after the interview and accepted it without hesitation.”

It was Anne’s first real position of leadership. “I was leading the features team and had a huge amount of ownership of projects for the whole magazine. It was pretty heady for me at the time. I was inspired by Marie Claire’s interest in empowering women. I already had a daughter at the time and felt a responsibility to create excellent content for women.

“Over the years I worked for great bosses—George Plimpton at The Paris Review, Graydon Carter at Vanity Fair and, at Marie Claire, Joanna Coles. Joanna’s style was different, much more relatable and democratic. As number two at Marie Claire I watched Joanna in action as Editor-in-Chief and thought ‘that looks like fun.’”

She got her chance at the number one job when Condé Nast recruited her as Editor-in-Chief of Brides. She was in the midst of a major redesign of Brides when she was offered the position of Editor-in-Chief at Marie Claire, which she had just left nine months earlier.

“I was blown away—it was the best opportunity I’d ever heard of,” Anne says.  “The timing wasn’t ideal, but I’ve learned that things rarely happen at the perfect time.”

As Marie Claire’s Editor-in-Chief, Anne was Media Industry Newsletter’s “Editor of the Year,” in 2013 and Folio: Magazine’s “Editor of the Year” Eddie Award winner in 2015. “I’m constantly amazed and inspired by the women we cover in Marie Claire,” Anne says, “women who have founded companies and social movements, entered politics, been entrepreneurial in a host of settings. I have no idea what's next, but I really love Marie Claire. It means so much to me to be part of this global network of women at such a pivotal time in our culture.”