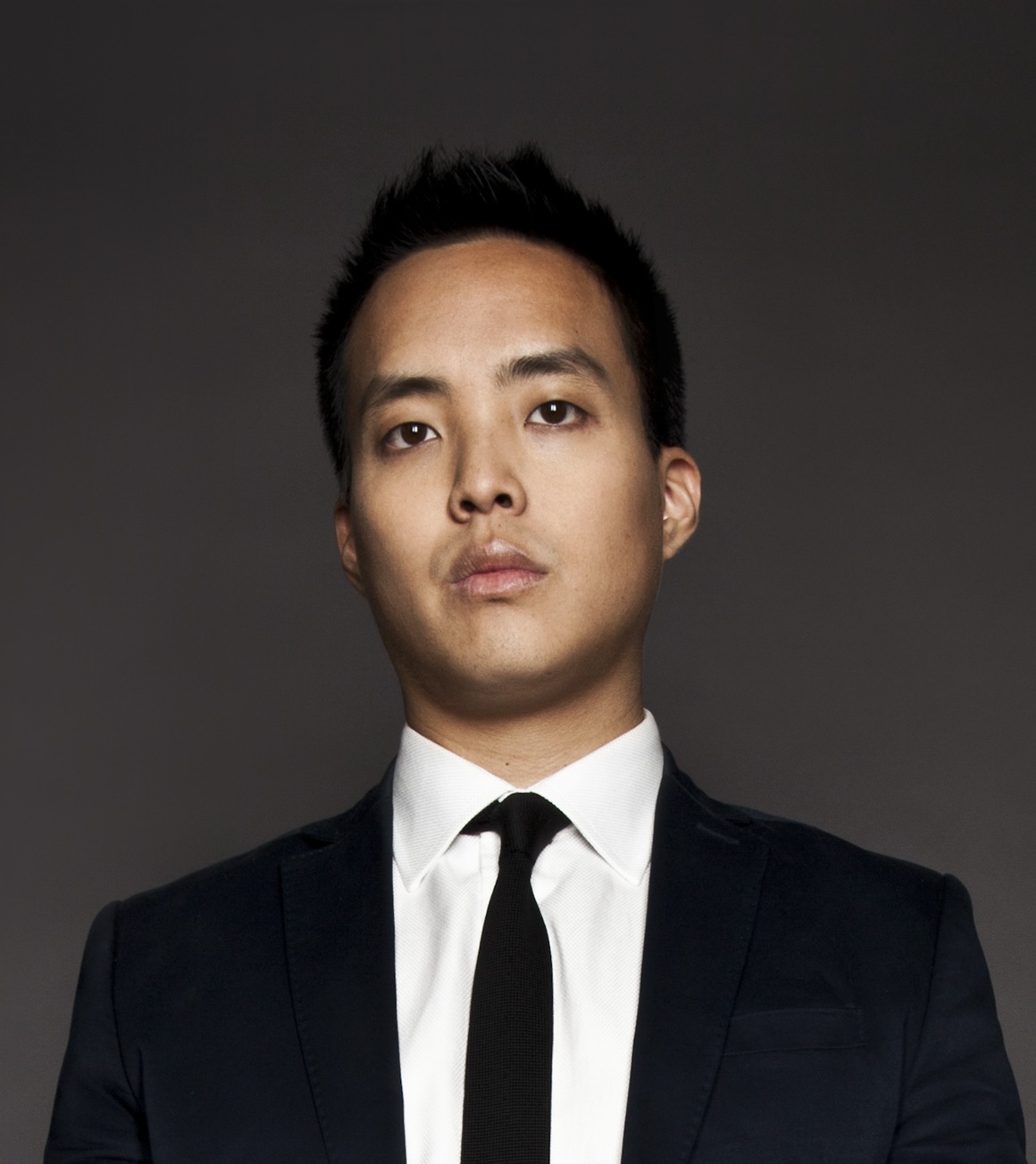 Aziz, like Alan, has fought against being pigeonholed, and that fight has influenced the stories they tell in Master of None. “I think there was a period of [Aziz’s] life where he didn't want to play stereotypical Indian roles. He was offered parts like being a cab driver and he turned them all down.” In Master of None, Alan and Aziz have embraced an opportunity to write comedy based on their personal experiences, sans stereotypes.

“We wrote an episode of the show that’s largely about our parents. Aziz’s parents are from India, and mine are from Taiwan. So there are flashbacks in India and flashbacks in Taiwan. We shot on this set that looks like my dad’s house when he was growing up. His dad died when he was one, and he grew up in this little village in Taiwan called Tigertail, in a house that’s the size of my living room now. It was my dad, his two brothers and his mom. She was told to give my dad away, because he was the youngest, and she couldn’t afford to take care of him. But she refused. And he ended up being a star in the family.” 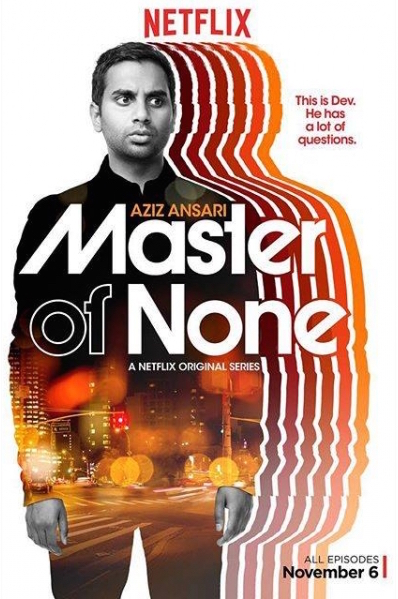 Alan’s dad became an obstetrician-gynecologist, doing his residency in the Bronx before moving to Riverside, California, where Alan was born and raised. Alan reflects on his heritage and his episode at the same time: “It’s really staggering that in one generation’s time you can go from not having enough to eat to writing jokes for a living.”

Though initially based on Aziz’s book Modern Romance, which is all about the world of online dating, Master of None has evolved into something much different. Alan explains, “At the beginning, it seemed natural to do a show about a thirty-something navigating the dating world. But at a certain point we realized Netflix gave us a lot more freedom than that, and we shouldn’t waste that.”

The show follows Aziz’s character Dev, “an actor who’s not as successful as Aziz. Aziz found a passion early on, and that’s standup. But Dev hasn’t found his passion yet. He’s not selling out Madison Square Garden. He’s just a guy. The show's about what happens in his relationships and his career, but it's also about any possible topic in the world that we were passionate about and had a point of view on. It’s serialized, but there are also episodes that stand alone. Netflix wasn’t requiring us to make an ensemble comedy or follow every character every episode. So we could do an episode about the parents, or one where someone’s grandma is the most important character, or one about women’s issues, or one about what it’s like to be Indian or Asian on TV.” They did episodes about each of these things.

Alan found his passion faster than the main character on his new show, though not until his junior year of college. Growing up in Riverside, with a dad who was a physician and a mom who taught high school, comedy writing wasn’t on his radar as a career. “I majored in biology at Harvard, because I figured I could keep all my options open. I could go into business, medicine, law or whatever.”

But he had artistic outlets during college. One was playing in a punk rock band “with one other Harvard guy and two guys named Jeff Classic and Matt Generic. Those are their punk names.” This has paid off unexpectedly. You can catch him on screen in Parks and Rec as the bass player in Mouse Rat, the band led by Chris Pratt’s character, Andy Dwyer.

“When I got on the Lampoon junior year, I felt more at home. People who just wanted to do comedy all the time. It was unbelievable. It was a huge change.”

The Lampoon gave Alan the confidence to move out to LA. “I felt better about it because my friends were moving out with me. We were all going to be unemployed together.” He moved to LA with fellow Lampooners Steve Hely and Mike Yank. “We stayed at my mom’s house in Riverside for a couple weeks while we looked for bad three-bedroom apartments, around six hundred bucks a month each. Then Hely got hired on Letterman. So we were looking for two-bedroom apartments.”

Alan and Mike took a job working for an animation company called Animax, writing scripts for an educational program called Study Dog. When Alan got a job working on Last Call for Carson Daly, he moved to New York at the age of twenty-two. (He had started and finished college early because, as he modestly explains, “I didn’t have any classes left to take in high school.”)

“Other shows in the Rockefeller Center like SNL had around twenty writers, and we had three or four. Gradually, Carson wanted to ramp up the show. He wanted to do monologue jokes, desk pieces, scripted bits…we had to do it all, down to being in the editing room and casting actors for bits. That was really good experience.”

Eventually, through a surreal hiring process, he ended up working for Trey Parker and Matt Stone on South Park.  “The first time I met Trey Parker and Matt Stone was on this private jet that they had chartered. It was very insane…They flew two other staff writer candidates and me to this writers’ retreat for a week. None of us had a job yet. They put us up in this beautiful resort at Pebble Beach in northern California. In the mornings we wrote, punched up and pitched to them. In the afternoon we did activities, played tennis or went on a bike ride or to the aquarium with them. Then, at night, they took us out to a nice dinner. Trey drank twenty-five year old scotch and told us things like how his dad wanted Trey to buy him a llama farm in Colorado. It was really fun.” After hearing nothing from the higher-ups for a few weeks, Alan figured he didn’t get the job. But then he got a call to come in to work the next day at the South Park writers’ room. He never saw the other two candidates from the writers’ retreat again.

Despite the competition Alan had to endure to get where he is, he takes little credit for his success. “I had a lot of mentors, a lot of people who either directly or indirectly inspired me. Two of the most obvious and the most influential are Greg Daniels and Mike Schur. I started on Parks and Rec Season One as a staff writer. They’re very open about their method of staffing, which is essentially: ‘We’re gonna hire young people we think are funny. They may not know anything about writing. They may know nothing about character, story, structure, or building a world. But that’s fine. Because we’ll teach them.’ That’s definitely not the case on every show, and it’s so kind and generous of them.”

Speaking of his experience creating a new show, Alan cites Amy Poehler. “She calls it climbing Show Mountain. At the beginning you’re at the bottom. And the mountain is looming there. It seems impossible to scale. There’s so much involved. You need so much help. And that’s definitely how we felt.”

But they got the help, and they did it. After the writers’ room met for only twelve weeks, all ten scripts were finished and produced. “It’s an unbelievably fortunate place to be,” says Alan, “I may never get to do this again. But no matter what, I have these ten episodes.”

If track record is any indication, Alan will get to do this again – many, many times. The first ten episodes of Master of None will be released on Netflix on November 6, 2015.