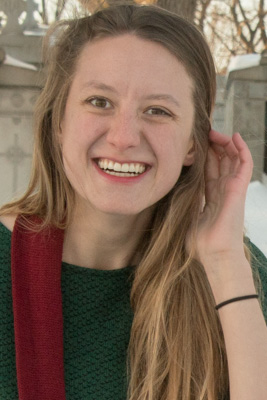 “I love being able to communicate with people and tell stories. People ask, ‘why do you spend so much time writing?’ Well, why do you eat cake?”

Writer and humorist Alexandra Petri ‘10 had a happy but slightly unconventional upbringing. From the time she was a child, she traveled from Washington D.C. to Wisconsin to campaign for her father, former Congressman Tom Petri ’62, HLS ’80. “There were parades,” she recalls. “Lots of parades.”

Alexandra was always a voracious reader, but not of the books you’d expect. “When I was really young my mom (Anne Neal ’77, HLS ’80) said she’d either read me her old art history text book or a graphic novel of Othello with the unabridged text.  I chose the latter, and just loved it, though as you’d expect a lot of it went over my head. After that, we’d read King Lear and other works out loud.”

“I was a nerdy kid. I loved books and reading and was chock full of facts--if you punctured a hole in me I’d start spewing information about William of Orange.” As a teenager, Alexandra’s secret rebellion was “sneaking downstairs when my parents were asleep to watch biopics of Oscar Wilde.”

She was fascinated by Siegfried Sassoon, the World War I novelist. “like most writers I love, he was both gay and dead. When I heard that he’d written this slightly naughty story, I said ‘oh man, I’ve got to get it’ so I wrote to the Rutgers University Library for his papers. I was like, ‘Pardon me, could you photocopy this?’  I secretly sent them a money order and when the envelope arrived I dashed up to my room and hid it under my bed. My mom was suspicious-- ‘What are you hiding from me?’ But I didn’t even tell my girlfriends--this was between me and Siegfried.”

Alexandra’s always been a newspaper enthusiast. “I’d grown up reading the newspaper. I have to get my shelter, my wifi and my newspaper. Any maybe heat, or at least coffee.”

In high school she founded an Onion-like newsletter, The Perturbed Squirrel, writing articles like “Bush Declares Plans for War on the Weather.” Two of her short plays received performances from Arena Stage as part of their Young Playwrights’ program. “I’ve always been interested in writing in different forms,” she says.

Harvard offered many creative outlets, but did she always want to spend her college years in Cambridge? “I was one of those kids where there was a Harvard rocking chair prominently displayed in the living room. There was no pressure, but there was the rocking chair. Actually I was hoping that I wouldn’t want to go to Harvard—no offense to my parents or to Harvard—but I got there and found that I really loved it.”

Her grandmother (Georgianne Davis Neal RAD ’51) was one of the first women on the Harvard Crimson and her mother Anne had also been a staffer. In addition to writing the Crimson’s humor column, Alexandra co-wrote the freshman musical and two Hasty Pudding Theatrical shows with Megan Amram ’10 (Parks & Recreation, Science…For Her!) and others.

Alexandra was also co-president of the Harvard Stand-Up Comic Society (“interesting people doing incredibly different and delightful things”) and wrote for On Harvard Time, The Daily Show-like internet campus news show. She graduated Phi Beta Kappa and summa cum laude in English with a secondary field in Ancient Greek (her senior thesis was a verse translation of Aristophanes’ comedy The Frogs). When asked how she sustained such a high level of scholastic and extra-curricular productivity, she says, “I guess I didn’t sleep a lot? (No, I slept a good amount, Mom, don’t worry). I think when you’re excited about anything you find time to do it. Everything that was going on was exciting and fun.”

Having interned with The Washington Post writing editorials, after graduation Alexandra joined the newspaper to write a weekly column and a daily blog offering a humorous take on the news of the day. “I like having a perch where I can write and have people see what I’m doing. The world of the newspaper felt very natural.”

But this doesn’t mean Alexandra is settling in. “I feel like I’m at the stage of young adulthood where I’ll be forced to let go of one creativity balloon, and I’m like ‘no, I want to hold onto ALL the balloons!’”

In the five years since she graduated, nine of her theater works have been staged in Washington or New York. A sampling of their titles reflects her range of topics: Hookups, Young Republicans, Treetop Idol, Miss Emma's Matchmaking Agency for Literary Characters, and Never Never (a drama about pedophiles that’s a nod to Peter Pan). “Releasing a play from the page into the wild—that’s the joy of the theater.” Each work doesn’t have to find a huge audience; like the song says, ‘I’d rather be nine people’s favorite thing than a hundred people’s ninth favorite thing.’” 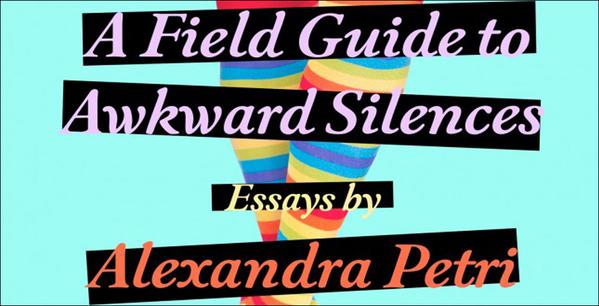 Recently Alexandra was selected to join The Welders, a playwrights’ collective. “The group is really cool, from many disciplines. It’ll be awesome finding our group language.”

On top of everything else, Alexandra is working on two musicals as a member of the BMI Musical Theatre Workshop; one is a rock musical with Sam Linden ‘10 about Percy Shelley, Lord Byron et al called Young Romantics.

Her memoir A Field Guide to Awkward Silences, a collection of humorous essays, was published in June, with such chapters as “How to Join a Cult by Mistake…” and “Grab Life by the Debutante Balls.” “What’s great about writing a book is that it’s tangible--you can carry it around, hit a bug with it. I’d definitely like to do another book and maybe pursue television and film projects.

“I just have to figure out how to make those things happen without losing what I love about my life right now,” she laughs. “I think I can do it!”