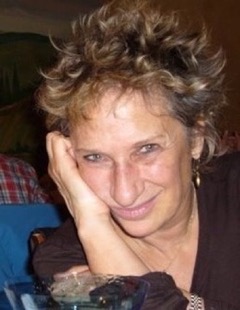 Claudia Weill didn’t set out to be a director.  A first generation American, she grew up drawing and painting: “the arts were to my Swiss family what sports are to an American family, what you did on weekends.”  After her junior year in college, a summer job changed everything. “I was a PA on a documentary about the ‘Summer of Love’, 1967 in the Haight-Ashbury. I was happy to do anything, from taking publicity stills to casting and locations, dropping the director’s laundry off on the way to the film lab, making meals for fifty and interviewing folks on camera. It was way too much fun to go back to school after that summer.”

Much to the horror of her dean and her parents, Weill took a semester off to apprentice to Carl Lerner, the film editor (12 Angry Men, The Boys in the Band, Klute). “He was a real supporter of women before it was cool,” Claudia says.  “Apprentices were not allowed near the creative editing process, but Carl saw how interested I was. After the others left at 6pm, he would give me several reels from which to cut a dance sequence at the Fillmore, then meet me back in the cutting room at 7am to give me notes. It was a real mentorship in storytelling, and how I fell in love with making movies.”

When she returned to Harvard, her focus had changed. Though she was concentrating in Modern European History and Literature, Claudia made several films during her senior year. After graduating, she and Eli Noyes Jr. started a company called Cyclops Films. “It was the beginning of the independent film movement; we made short films for Sesame Street, public television and many others. Making documentaries was like a ‘course in life’; it allowed me to be a fly on the wall in places I would otherwise never have been.”  Like China during the Cultural Revolution, where she made a feature documentary with Shirley MacLaine. The Other Half of The Sky, A China Memoir, about the first women’s delegation to China in 1973, was nominated for an Academy Award and was seen in theaters and on television.

After years of following people around with her camera, Claudia wanted to harness the powers of observation learned from documentaries to make a narrative film. “I never saw anyone who looked like me or my friends when I went to the movies.”

Patched together through grants, liens, loans and “a lot of kindness” over four years, her groundbreaking first feature was Girlfriends, about the on and off friendship of two young women who make different life choices. After winning multiple awards at Cannes, Filmex and Sundance, the film was bought by Warner Brothers. Over the years it developed a cult following, periodically getting re-discovered, as it was by Stanley Kubrick who called it “one of the very rare American films that I would compare with the serious, intelligent, sensitive writing and filmmaking that you find in the best directors in Europe.”

Lena Dunham was also moved by Girlfriends: “This movie feels like my oldest influence, yet I only saw it a few years ago. From the first shot, I was transfixed by the complex relationships, the subtlety and the odd, awkward comedy, long before awkward was cool.” “Lena is crazy talented,” says Claudia, “and gracious enough to acknowledge those who came before.”

Claudia’s next feature was It’s My Turn in 1981 with Jill Clayburgh, Michael Douglas and Charles Grodin for Ray Stark at Columbia Pictures, after which she was asked to join the Academy of Motion Pictures Arts and Sciences along with Elaine May. They were the third and fourth women invited as directors, the first two being Dorothy Arzner and Ida Lupino, forty years earlier.

An offer from Joseph Papp brought her back to New York, where she directed new plays by Donald Margulies and others at the Public Theater and the Manhattan Theatre Club and then at the Williamstown Theatre Festival, the Eugene O’Neill Theater and at Sundance.

Then in 1985, she married Walter S. Teller and moved back to L.A. They have two sons, Sam Teller ‘08, who now works for Elon Musk, and Eli Teller, a sign painter and artist (mineralsignsusa.com). While the boys were young, she directed mostly episodic television, pilots and cable movies. Directing for television brought a new kind of freedom.  “If it’s not ‘yours’, you can be more creative about how to solve problems,” she says. “It doesn’t have to be exactly the way you’ve always seen it in your mind.” Among her favorite episodes are those from thirtysomething (Humanitas and Emmy Awards), My So-Called Life, Chicago Hope (Reynolds Award), and most recently, Girls, thanks to Lena. 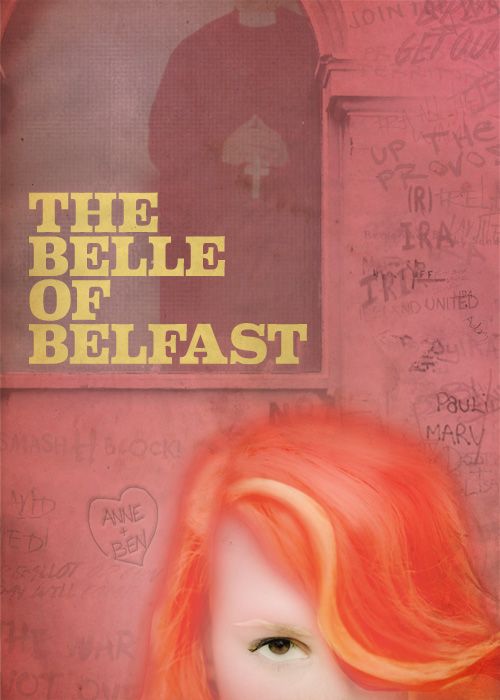 In the last few years, Claudia lived in New York directing theater, most recently Nate Rufus Edelman’s The Belle of Belfast for the Irish Rep at the DR2. The play, which she developed with Edelman over eight years, opened to strong reviews. The New Yorker noted “It’s 1985, and Belfast is a city at war, but, remarkably, not lacking in humor…One gripping scene after another is masterfully managed by the director, Claudia Weill, and a first-rate cast.” The New York Times called it a Critics Pick, "under the assured direction of film and television veteran Claudia Weill”, and the Broadway Blog raved: “This little firebomb of a play, is now detonating eight times weekly at the Irish Rep. Laced with humor under the incisive direction of Claudia Weill, this is good theater.”  Her next project is the East Coast premiere of 77%, a "smart play about modern marriage" by Rinne Groff.

In addition to being a busy director, Claudia has been teaching for many years. She was on the faculty at USC teaching Advanced Film Directing, and before that taught at Cal Arts.  Currently she teaches Television Directing at the Columbia University School of the Arts, and is developing a class for professional theatre directors on how to direct film and television.

Claudia tells aspiring writers and directors “do what you love and stick with it. Don’t let yourself to be defined by other people’s expectations and opinions.” Though known as a trailblazer, she feels the job is now to make that trail wider and more inclusive. “So much of our sense of ourselves comes from the images we see on screen, that tell us how and who we should be. It’s time to turn that trail into a freeway for ALL people to tell their stories.”

The Belle of Belfast is extended through June 14 at the DR2 Theatre in New York City (www.irishrep.org). Tickets are available for a discount with the code HARVARDWOOD. 77% opens on July 24 at the Vineyard Playhouse in Vineyard Haven, MA (www.vineyardplayhouse.org).