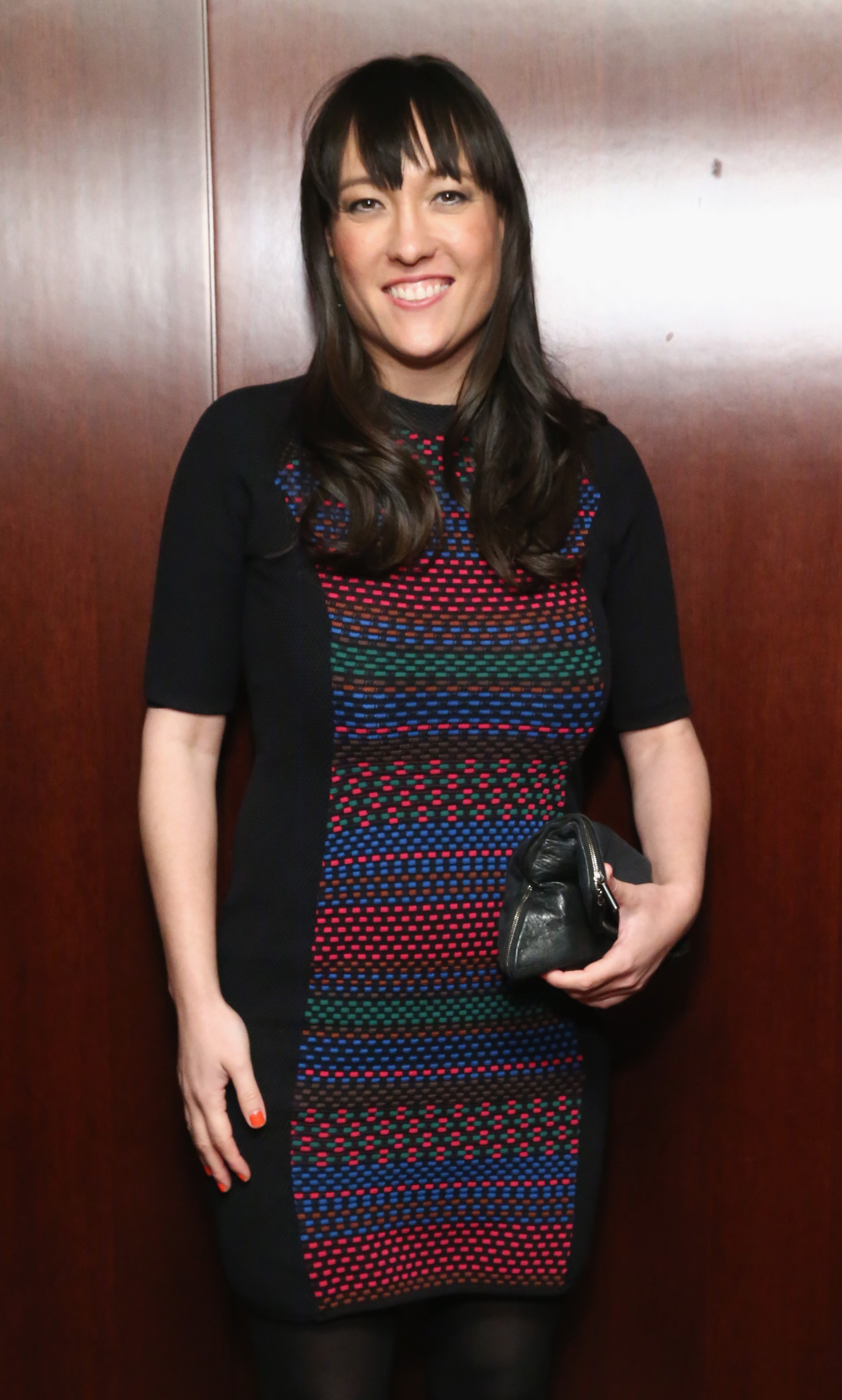 While at Harvard, Colleen did a Radcliffe externship, comparable to what’s now Harvardwood 101. During spring break, she lived with the director Claudia Weill, who showed her that there were warm, helpful people in LA. Claudia introduced her to such legends as Ed Zwick and Marshal Herskovitz and took her to a taping of FRIENDS. She was instantly in love with being on set.

When she asked their advice, the entertainment professionals she met encouraged Colleen to move out to LA when she was done with school. She did, and proceeded to line up meetings with anyone who could point her to a gig. One was with Glenn Padnick, then head of television for Castle Rock.

Glenn had seen a production of GUYS AND DOLLS that Colleen directed in what was then the Hasty Pudding Theatre (now the New College Theatre). It was the first time in ten years that undergraduate females had performed on that stage, setting a new precedent for co-ed student productions in that space.

But Glenn didn’t know that he had a position for Colleen. He revealed that Castle Rock’s receptionist was leaving, but figured that as a Harvard grad she wouldn’t want that job. “I’ll do it.” Colleen replied immediately. Glenn was pleasantly surprised.

Hence, Colleen’s other piece of advice to Harvard graduates is to forget they went to Harvard, at least for a little while. “It’s a cliché, but it’s important to be willing to start at the bottom.”

After a few months of answering phones at Castle Rock, Colleen became a development assistant to Richard Brener at New Line Cinema.

Her boss Richard, along with other New Line executives including Michael De Luca, Mark Ordesky, and Donna Langley, read the script, schedule, and budget for the short. Then they all wrote personal checks to fund the short film, which Colleen went on to direct. That short and a feature script she wrote got her an agent. (Don’t bother looking for the short online - she couldn’t risk her Catholic grandparents seeing it.)

She went on a lot of feature meetings, but of course movies take a long time to make. Not to mention she wasn’t getting paid. So she asked her feature agent if she could sign with someone for TV. She did. That’s how she got her start as a TV writer on a Darren Starr show for NBC, MISS MATCH, starring Alicia Silverstone.

This got her on track to be a one-hour television writer. She wrote on three other one-hours, including MERCY, starring Taylor Schilling. The last was a show called LOVE BITES. Run by WILL AND GRACE writers like a half hour comedy, with both a story room and a punch-up room, the experience on that show showed her she’d love to write half hour comedy.

So Colleen wrote a comedy spec script and was then told that 30 ROCK was hiring. She flew out to New York to interview with Tina Fey and got the gig, which landed her back in her native land of New York in what turned out to be a dream job. She worked on the two final seasons of the show (six and seven), gaining the valuable experience of “landing the plane” of a longstanding hit series.

As a producer-writer on 30 ROCK, Colleen shared in nominations for a 2014 Emmy, a PGA Award, and two WGA Awards. She, along with the rest of the staff, was a recipient of the 2012 Comedy Award for Best Comedy Writing.